You are here:  Towns -> Places to Visit in Scottish Borders -> Melrose

Things to do in Melrose, Scottish Borders

The triple peaks of the Eildon Hills are the most distinctive single landmark in the Borders. At their feet in the valley of the River Tweed lies Melrose, the birthplace of the game of rugby sevens.

Melrose Abbey was built by David I for the Cistercian Monks in 1136. It was repeatedly ruined and rebuilt, until the abbey was finally destroyed in English raids in 1544. The ruins of the nave, transepts and chancel which remain, show the unique beauty of the abbey.The recent discovery of a casket believed to contain the heart of Robert the Bruce was marked by a re-burial ceremony and commemorative stone tablet.

cross border walking route, and one of the starting points for the 4 Abbeys Cycle Route, a 55 mile (88km) circular route. The Trimontium Exhibition gives an insight into the Romans in Scotland.

On the opposite bank of the Tweed, Gattonside can be reached on foot by a sturdy suspension bridge. To the south lies Lilliesleaf, another charming little village set amidst farmland.

Abbotsford House, the home of Sir Walter Scott 1811-1832, lies 2 miles west of Melrose. Sir Walter is buried at nearby Dryburgh Abbey, as is Field Marshall Earl Haig, the British army's Commander-in-Chief in the First World War.

For leisure and recreation Melrose has 9 hole golf course. 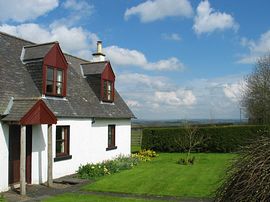 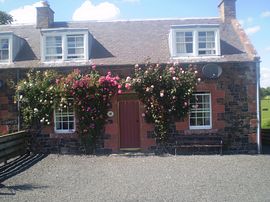 more self catering near Melrose...

Days Out in Melrose

Places to Visit near Melrose