You are here:  Towns -> Places to Visit in North Wales -> Dyserth

Things to do in Dyserth, North Wales 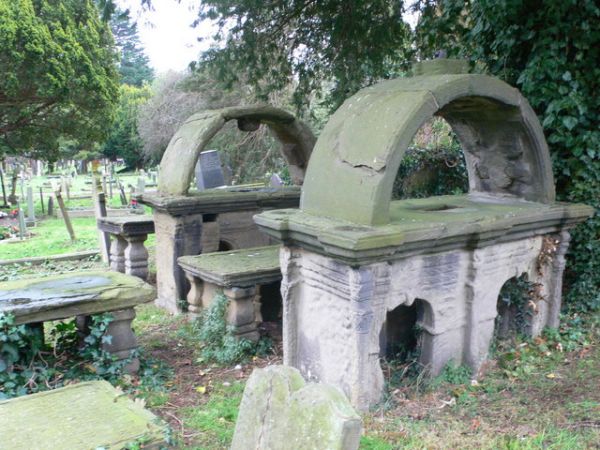 Dyserth is a pretty village in the Welsh county of Denbighshire, on the North Wales coast between Rhyl and Prestatyn. It is situated in the shadow of Moel Hiraddug Mountain in a pleasant rural area.

The village of Dyserth and its church were recorded in the Domesday Book, way back in 1086, although then it came under the county of Cheshire!

Historically the village had a castle but it was badly damaged by Llewellyn ap Gryffydd and was later decimated during the siege of 1263.

The ruined remains were finally removed and used for building stones in the early 20th century.

There is evidence of a Christian presence in the area since the 6th century when Cwyfan, a Celtic monk, founded a place of worship near the Dyserth waterfall.

The Church was later named after St Bridget of Kildare and currently is dedicated to both these saints.

The village name "Dyserth" actually means "the place of the hermit's cell".

The oldest part of the church building is the West door with its huge buttresses.

Much of the church was renovated in the 1870s by architect Sir George Gilbert Scott, better known for his work on Westminster Abbey. 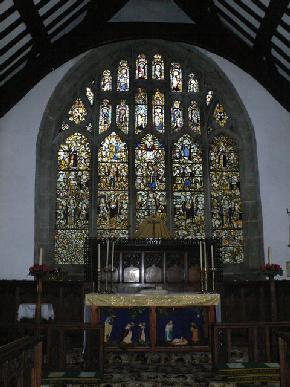 Historically the village economy was based on mining and quarrying. Limestone, lead, copper and minerals were all sourced from the surrounding hills.

The final quarry closed in 1981 but evidence of the mine shafts can still clearly be seen in the area.

Dyserth, like many rural villages in Wales, is a close-knit community where most of the villagers have lived for generations and everyone knows everyone else.

Many of the local families work or have connections with the surrounding farms.

The village has just over 2,500 residents and is in a traditionally strong Welsh-speaking area. 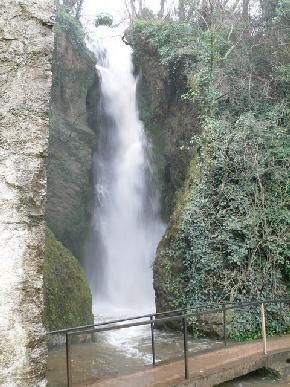 The village church and chapel are the hub of the community for social activities along with the community hall, which was refurbished with a grant from the National Lottery Fund.

The village also has an inn.

The former Bishop's Palace is now a retirement home.

The Parish church of St Bridget and St Cwyfan is very charming and has a most attractive 16th century stained glass window known as the Jesse Window.

On the floor near the south entrance there is a gravestone with a carving of a sword which signifies this was the grave of a knight. 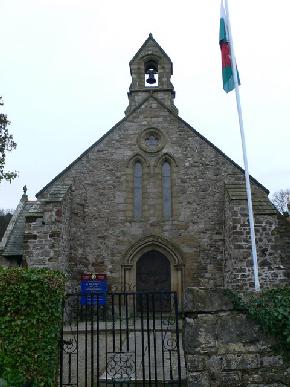 The church is filled with interesting plaques and graves as well as the remains of several Celtic crosses.

The black and white roof trusses clearly show a Tudor rose and the date 1579.

The small church has a single bell and is surrounded by a churchyard which has some 17th century canopied tombs, one with a skull and crossbones carved on it.

This lively community has a High Street of local shops as well as attractive parks and well-kept entrances to the village.

Things to do in Dyserth

Dyserth is well known for its lovely 70-foot waterfall. 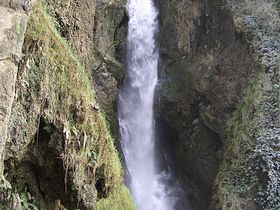 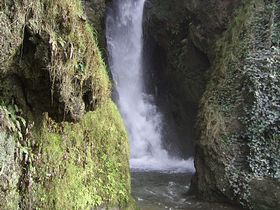 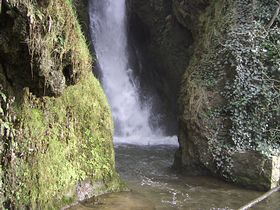 The former railway line which was closed in 1930 has been converted into a flat walking path.

The nearby villages of Cwm and Trelawnyd are worth visiting to see their equally old churches. 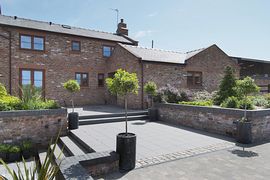 more self catering near Dyserth...

Places to Visit near Dyserth