You are here:  Counties -> Things to do in Western Isles

Things to do in Western Isles 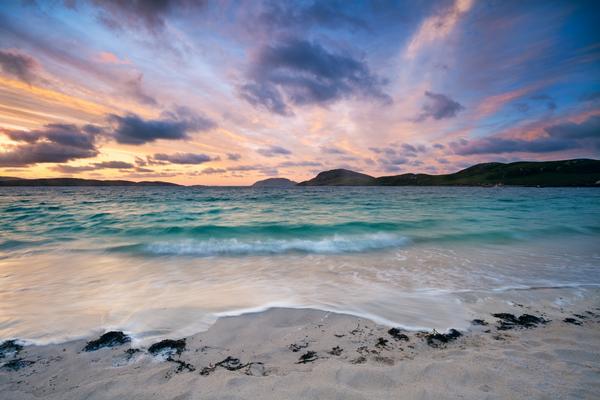 The Western Isles form an archipelago off the north west coast of Scotland. It's some 150 miles long stretching from Butt of Lewis in the north to Barra Head in the south. The isles are also known as the Outer Hebrides and referred to locally as 'The Long Island'.

The Western Isles consist mainly of gneiss, the oldest rock in Europe, over 3000 million years old. There are many long sandy beaches, where the golden sand is mixed with the white of crushed shells.

The beaches are often backed by Mahair, a Gaelic word describing a low lying fertile plain, providing one of the rarest habitats in Europe for plants and wildlife. 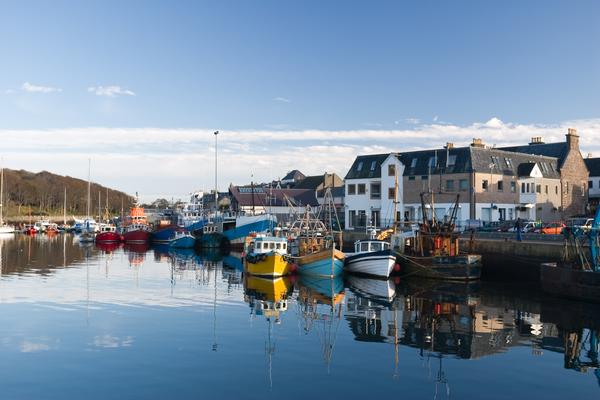 Steeped in history, the islands have been inhabited for some 6,ooo years. The Vikings invaded in the 9th century and today many place names are of Norse origin. Gaelic and English are both spoken.

There are regular ferries and flights to and from the islands, except on Sundays. Visitors should be aware that on Sunday most shops and facilities are closed, as Sunday observance is part of the traditional islander's way of life.

The northern part of the islands is known as Lewis, which is not an island on its own, but is joined to Harris in the south. Between the two, is a range of mountains and the border between Lewis and Harris lies between Loch Resort in the west and Loch Seaforth in the east. 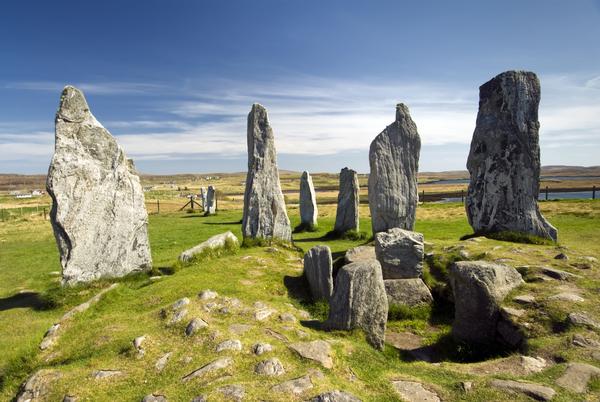 Lewis is home to the Neolithic Calanais Standing Stones. Pronouced 'Callanish' Standing Stones, these are unique in Scotland. Other archaeological sites on Lewis are the Pictish Carloway Broch, or roundhouse and the Norse Mill House.

The village of Arnol is home to the Blackhouse Museum, an interesting complex run by Historic Scotland, which includes a visitor centre with background information on blackhouses.

You'll find Western Isles tourist information in Stornoway, the 'capital' of Lewis. Stornoway is the ideal base for exploring Lewis, with all the amenities of a mainland town. Interesting attractions in the town include Stornoway Museum, the Lanntair Art Gallery and Lewis Castle and Woodland Centre. 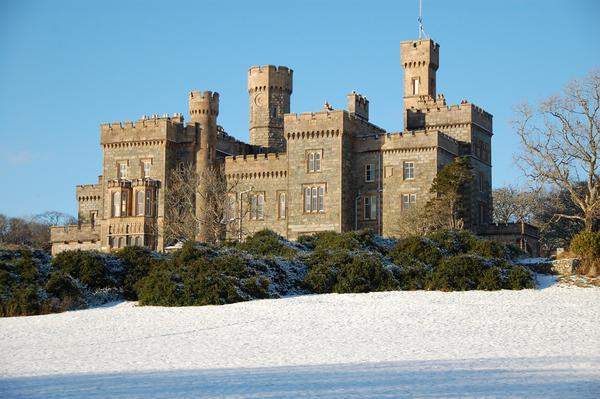 Harris is the southern part of the 'Long Island'. Its landscape is diverse; the eastern coast is rocky with many bays and small townships, while the western coast has eight sandy beaches, backed by mountains. The highest peak in the Western Isles is Clisham 2622 ft/799m.

Harris is perhaps best known as the home of the wool textile, Harris Tweed, which is spun, died and woven on the Islands. 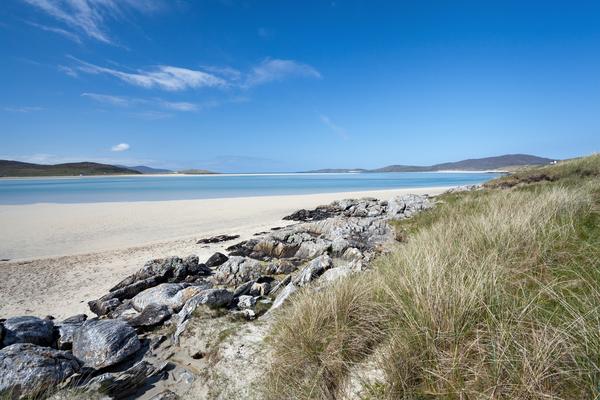 Tarbert is the main settlement, situated on a narrow isthmus on the shore of Loch Tarbert, the ferry port for Uig in Skye. There are a few shops, including the Harris Tweed shop on the road to the ferry terminal.

The Island of Taransay lies about two miles off the west of south Harris. The island, just four miles long was mainly unpopulated by the 1940s, but was used as a film location in 2000 for the BBC survival programme 'Castaway 2000'. 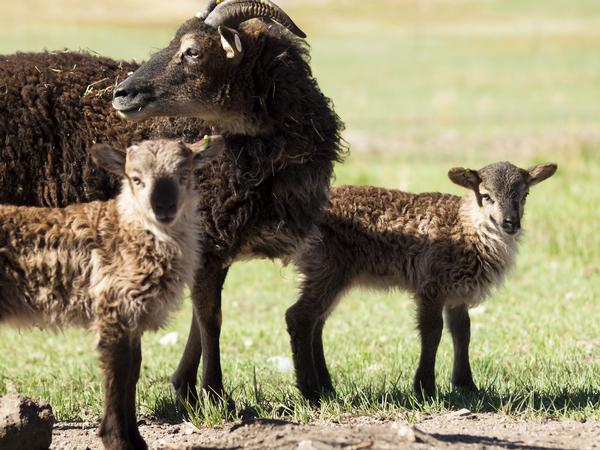 The island of North Uist has many fine beaches and Machair land; it also has hundreds of freshwater lochs, popular with anglers. Bird watchers should visit RSPB reserve on the west coast at Balranald while archaeologists will find several sites of interest such as the stone circle at Barpa Langais.

The island of Benbecula lies between North and South Uist, today it is joined to both by causeways. The island has amenities such as an airport, college, shops and golf course. It is claimed that Prince Charles Edward Stuart sailed from Benbecula "Over the Sea to Skye" in April 1746. 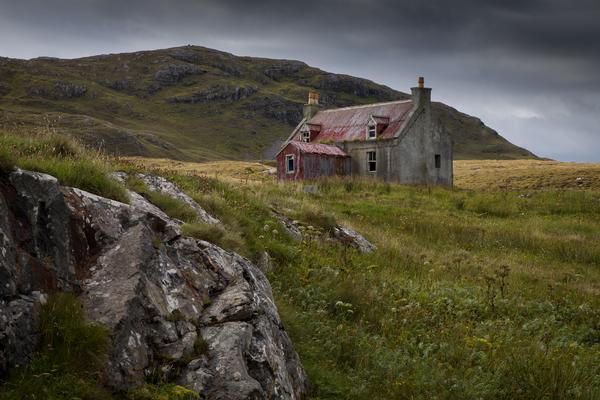 South Uist is the second largest island in the archipelago; the ferry port is called Lochboisdale. South Uist is rich in archaeological remains dating from the Bronze Age.

To see the full range of the Hebridian wildlife visit Loch Druidibeg National Nature Reserve, stretching from the Atlantic coast in the west almost to the Minch in the east. North of Lochboisdale is Kildonan Museum, home to an interesting collection. It has a research are and, a shop selling locally made crafts.

Near the museum is a plaque to mark the birthplace of Flora MacDonald, the heroine of the Jacobite cause, who assisted 'Bonnie Prince Charlie' escape from Benbecula to Skye. 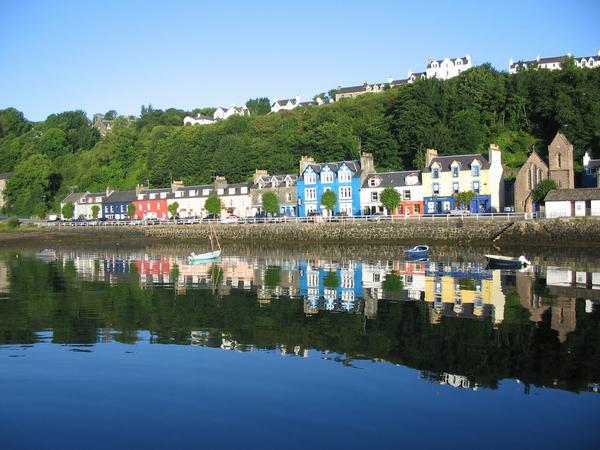 In the year 2002, a causeway was built linking South Uist to the island of Eriskay in the south. Eriskay was where Prince Charles Edward Stuart first set foot on Scottish soil, on 23rd July 1745.

On 5th February 1941 the SS Politician en route to New York hit rocks and sank in the Sound of Eriskay. Among its cargo were over 200,000 cases of whisky, which were rescued by local residents, a goodly supply for many a year!

This incident was the inspiration for Sir Compton MacKenzie's famous novel "Whisky Galore" which was made into the 1949 classic movie of the same name. Unusually, Compton MacKenzie also write the screenplay for the film. Part of the wreck can still be seen at low tide. 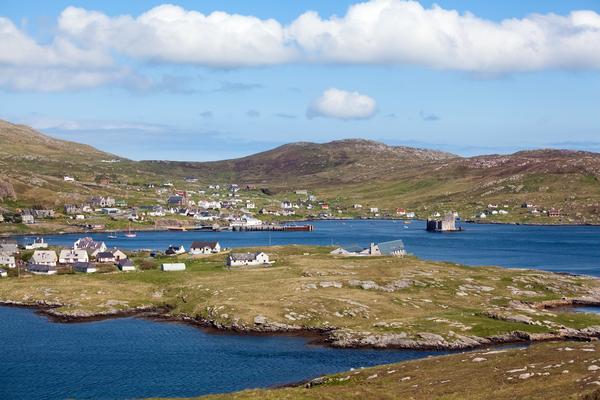 Barra is situated to the south of Eriskay; the tourist information centre is on Main Street, Castlebay - the island's main village. Castlebay overlooks Kisimul Castle, the castle in the bay from which the village is named. The castle is open from April to September and trips to it by boat leave from the pier, weather permitting.

At the islands northern tip is Barra Airport, the only beach airport in the world to be used by scheduled airline services. The film "Whisky Galore" mentioned above was shot on Barra, amid its beautiful scenery.

Forty one miles to the west of North Uist is the archipelago of St Kilda, the remotest part of the British Isles. The islands are in the care of The National Trust for Scotland and were inscribed by UNESCO as a World Heritage Site in 1986. In July 2005 the islands were awarded Dual World Heritage Status for both their natural and cultural significance.

Places to Visit in Western Isles