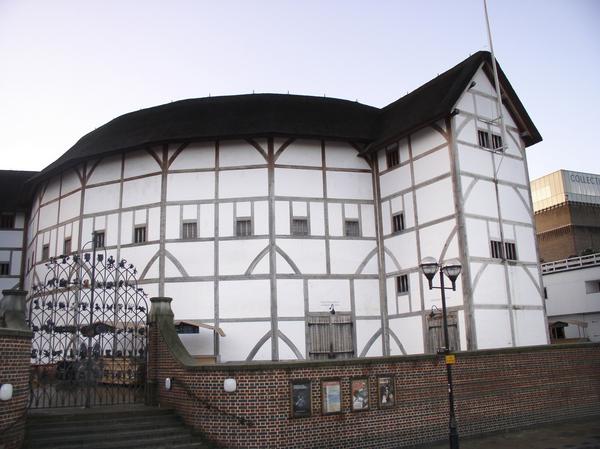 William Shakespeare, one of the most famous Britons, is synonymous with the theatre troops and plays of Elizabethan times. His Globe Theatre on the bank of the River Thames has been recreated to offer a sense of what it was like to attend a play during the later period of Elizabeth I's reign.

There are vast differences between how a play was presented for the people of England while Elizabeth was on the throne, and how a play is presented today. And yet, in a sense, there are many similarities.

In 1576, the first Elizabethan theatre in London was built by James Burbage. There was now an enclosed structure, strictly for the use of plays and other performing arts. 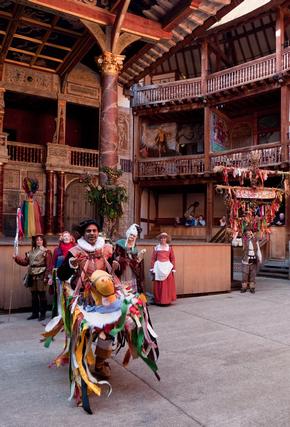 Up until that time, plays were performed usually in the middle of an inn's courtyard. The audience would stand and watch the performance - and get wet if it rained. To protect the actors, the stage would be covered with a canopy.

With the building of an enclosed performing arts center, the type of plays offered at both indoor, and outdoor locations shifted. Outdoor theatres tended towards noisy, boisterous affairs, with lots of fireworks and drums.

Outdoor performances of plays are still done to this day. Open-Air festivals of Shakespeare's works are an annual event in many parts of the world.

Until the early 1600's, props or scenery were not used. Early plays were very mobile performances, moving from place to place. Hauling furniture, back drops, etc, would have necessitated wasting valuable travelling/acting time. Using background settings was also quite costly.

Because of this lack of background emphasis, costumes were very elaborate. The Elizabethan theatre actors were always dressed in Elizabethan clothing.

However, to denote the era in which a play was set, for example, there would be one Roman soldier dressed in a toga. The people around him would be dressed in farthingales and breeches.

Special effects ranged from the quite simple to the rather involved. If a person had an eye put out, a grape would fall to the floor. If an actor was disembowelled, animal organs could be seen spilling from the wound.

Females were not allowed to perform in Elizabethan theatres. It would be 1656 before a woman appeared in a play - and that was for a private performance only.

Young men were usually the age of ten when entering the acting profession. Depending upon when they entered puberty, and how masculine-looking they became, women's roles were the forte of the younger set. As the young men matured, they would graduate to male roles.

The young boys would be apprenticed to an older actor. In his turn, the gentleman would give acting lessons, provide his protégé with room and board, and pay him a small wage.

Romantic scenes would be played very formally; perhaps just the touching of a hand to denote passion.

The audiences for the Elizabethan theatre had no problem accepting young men portraying females. The power of the play was in its words, or in its gory sword-play. There was no sense of realism and, thus, Robbie as Juliet, or Christopher as Rosalind, was acceptable.

With the possibility of six different plays being presented each week, and with half of these plays being brand new, the life of an actor was labour-intensive. There wasn't much time to learn a new part and the help of a prompter, located just off-stage, was often needed.

The actor would only receive his own lines to study, with perhaps a line or two from a fellow actor as a cue that it was his turn to speak.

The spectrum of plays of the Elizabethan theatre ranged from romance, to drama, to comedy. While early plays attempted to give their audience a moral lesson, going to the theatre strictly for fun soon became the norm.

There were groups of complainers, however. The plays were immoral, people should be doing something worthwhile with their time, etc. That didn't stop audiences from filling seats or standing room. 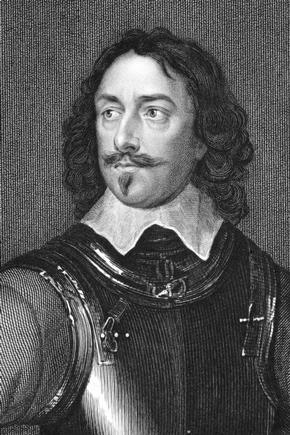 To keep the peace, Elizabeth and her government banned the performance of any play dealing with religion or politics. During the time of the Earl of Essex, news came to Elizabeth's court that Shakespeare's play "Richard III" had been performed at the Earl's home. As this play dealt with the overthrow of a king, Elizabeth felt it was a plot to overthrow herself.

For the playwright, their written word quickly disappeared from their control. Often, a play was written for a particular troop of players (The Servants of the Earl of Leicester was one such group of actors).

The playwright was paid once for the play, and then all monetary compensations stopped. The play could be performed as often as the troop liked, often without a single nod in the direction of the writer.

If a particular play proved amazingly popular, theatre troops went to great lengths to keep it within the troop. Perhaps there would only be a single copy kept under lock and key. Often the only way for a rival group to get the words to the play would be for a 'spy' to attend a performance and quickly write down every word.

With the comfort of the audience not a priority, and the average performance being three hours long, the Elizabethan theatre-goer could become quite active.

It was common for the audience to join the actors on the stage, to interrupt long speeches, and eat, drink, and be merry. Arriving on time for a performance, or sitting quietly throughout the presentation, was almost unheard of.

Unlike today, the 'cheap seats' were those closest to the stage - sometimes even on the stage itself! These locations made the aim of a hurled rotten vegetable just that much more accurate.

In all probability, much of the attention paid to the Elizabethan theatre was not towards the play, but to the spectators themselves.