While Britain is famed for its history and heritage, that’s only part of the British short break offering. There are all manners of attractions to visit. The best place to start is to decide what kind of thing it is that you're looking for from your short break in the UK.

Perhaps an indulgent shopping trip? A city break? An action adventure or sporting trip? Immersing yourself in spectacular Scenery and the great outdoors? Even just getting away from it all, a short break in the UK can rival the best the world has to offer.

London is an obvious draw as much for domestic travellers as it is for those travelling from abroad. The list of famous London landmarks and attractions is virtually endless, with virtually all interests and desires being catered for. Indeed, the range is so great that it’s often best to make a manageable list of things you'd like to do on your short London break. 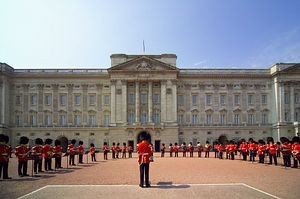 Culturally, there's theatreland with its world famous West End shows. Shakespeare's Globe Theatre in Southwark is an interesting must see for many visitors. Comedy's well served, with Leicester Square's Comedy Store being one of the most influential venues in the world. Music venues are in abundance, as are great clubs and nightlife.

There's the London Eye for both a taste of London's newer attractions and for holiday snaps second to none. Madame Tussauds Waxworks is another must do on many people’s lists. After some retail therapy in London’s world-famous shopping districts, why not chill out with a trip to South Kensington and the museums - the Science Museum, the Imperial War Museum and the Victoria and Albert Museum. 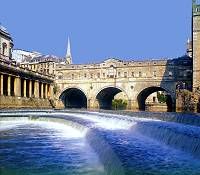 If you're a history lover, then once more you're spoilt for choice on a short break in the UK. It's everywhere. A popular choice is to centre your short break around one city, but which one to choose? There are so many fascinating historical cities to see - Bath, York, Edinburgh, Oxford, Cambridge to name but 5.

Taking a couple of examples, York is a great destination for experiencing a cross section of historical influence, from Viking times through Roman and medieval right up to modern institutions like the Terry's chocolate factory and the famous Banks of York Music Store. Must sees here include York Minster for one of the finest examples of gothic building you're likely to see, complete with engrossing Undercroft Museum section.

The Jorvik Viking Centre is another tremendous attraction. Based around one of the most significant Viking digs, the centre really brings Viking times to life. If taking a more macabre approach is your thing, then try the York Dungeon for size. To unwind thereafter, why not take a stroll down the Shambles and have a break in Betty's Tea Room.

Edinburgh is another great location. Is there anyone who doesn't recognise the iconic Edinburgh Castle? History is everywhere here too, though well balanced by modern culture and influence, not least the Edinburgh International Festival and Fringe. If attending the Fringe or Festival, be sure to book your accommodation well in advance as it’s at a premium during Festival time.

Everything from architecture like that of the Royal Mile to The National Gallery of Scotland to thoroughly modern developments like Dynamic Earth, the whole place a testament to how a city can live and develop through the ages without discarding the past. Modern boutiques and cafe bars, performance venues, restaurants and clubs are to be found neatly tucked into character filled ancient buildings and state of the art modern architecture alike.

As an interesting twist for your short break in the UK, Edinburgh is considered the number one venue in the world in which to spend Hogmanay.