You are here:  Towns -> Places to Visit in Lincolnshire -> South Kyme

South Kyme, an attractive Lincolnshire fenland village, lies about 10 miles north-northeast of the market town of Sleaford on the B1395 that runs north from the A17 towards the A153 at North Kyme.

A navigable river, the Kyme Eau, flows through the centre of the village becoming the River Slea as it flows towards Sleaford. This once was a main trading route between Sleaford and the Port of Boston before the days of the railway and metalled roads. Each year on May Bank Holiday weekend, a number of narrowboat enthusiasts make the journey upstream from the River Witham to meet at the village for an annual festival. The village residents also hold their popular scarecrow competition over the same weekend.

The village has as its emblem, the Kingfisher. A fine wooden sculpture of a Kingfisher by Simon Todd stands at the centre of the village on the riverbank near the blacksmiths yard.

On a site to the west of the village stands Kyme Tower for which the village is best known. This was a mediaeval castle which is believed to have been built between 1339 and 1381 by Gilbert de Umfraville third earl of Angus and lord of Kyme. Most of the building was demolished around 1720 - 1725 leaving only the single ashlar tower that exists today.

Opposite the tower lies the Church of St Mary and All Saints, a Victorian building situated at the site of an Anglo Saxon priory c.1140. The only remnant of the priory is its original Norman arched doorway which can be seen inside the entrance porch.

The village supports a thriving pub/restaurant, ‘The Hume' which serves fine food and a selection of real ales. At the eastern boundary of the village is South Kyme Golf Club, which is popular with golfers for many miles around. 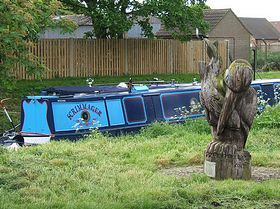 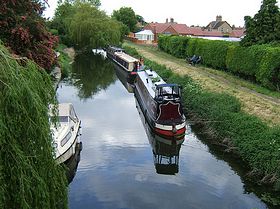 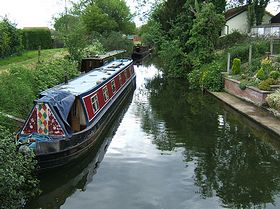 Days Out in South Kyme

Places to Visit near South Kyme