You are here:  Towns -> Places to Visit in West Yorkshire -> Boston Spa

Things to do in Boston Spa, West Yorkshire

Standing on the banks of the rushing River Wharfe, the West Yorkshire village of Boston Spa is within the civil parish of Leeds. 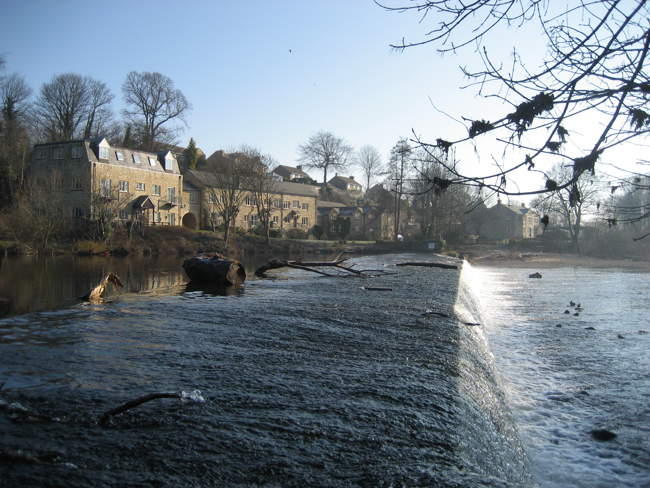 It is three miles from Wetherby and 11 miles southeast of the better-known spa town of Harrogate.

Across the arched bridge on the opposite side of the river is the much older village of Thorp Arch.

Boston Spa has about 4,000 local residents who are served by an enviable range of local shops.

The village centre has several banks, a post office, library, service station, a butcher, hardware store, off-licence and a supermarket.

There are three pubs in Boston Spa: the Crown Hotel, the Admiral Hawke and the typically named Fox and Hounds.

The Royal Hotel is now a supermarket and the former Costcutter supermarket building is now a bar; a complete reversal of roles!

Boston Spa School is a secondary school noted for its high rate of success in science and sports. Nearby is the St Johns Catholic School for the Deaf and the children's hospice, Martin House.

The main high street is lined with Georgian villas and older town houses in a terrace but there is more modern housing on the council estate.

On the east side of the village are some older and grander houses of note. The quaint parish church in Boston Spa is dedicated to St Mary the Virgin.

Things to do in Boston Spa

The glorious scenery along the banks of the River Wharfe attracts many hikers and day-trippers to the area to enjoy the beautiful countryside and local walks. 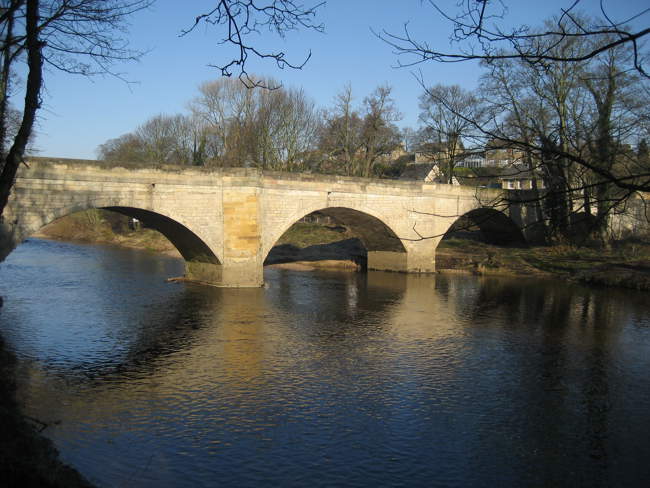 Bridge over the Wharfe at Boston Spa

The delightful market town of Wetherby is a short distance from Boston Spa and has a racecourse and the Wetherby Golf Club.

Harrogate is a little further away with its grand Georgian architecture, high-class shopping and Betty's Tea Rooms.

It is the home of the magnificent RHS Harlow Carr Gardens and for those who enjoy stately homes, nearby Harewood House is one of the great treasure houses of England with an excellent "below stairs" tour.

The town was mentioned in the Domesday Book and was believed to have had a mill in Roman times.

Thorp Arch was once the site of the Royal Ordnance Factory (ROF) which closed in 1957. It then became the site for the Northern Reading Room (open by arrangement), Listening Service and Document Supply Collection of the British Library, along with Wealstun Prison.

Boston Spa was developed by John Shires in 1744. He discovered mineral springs and named the village Thorp Spa.

By 1753 the small town had a turnpike built on the Todcaster to Otley Road (A659) which runs through it.

The Royal Hotel, the oldest building in Boston Spa, was built by William Taite.

Spa baths were built to accommodate the visitors who came seeking treatment from the spa waters for their medical conditions.

By 1819 the town had grown to over 600 people and more hotels and inns sprung up to serve the demand from tourists.

Eventually, the rise of Harrogate as a spa town put Boston Spa into decline, as it was easier to get to by train.

Days Out in Boston Spa

Places to Visit near Boston Spa