You are here:  Towns -> Places to Visit in County Durham -> Barnard Castle

Things to do in Barnard Castle, County Durham

Barnard Castle is situated in County Durham in the north east of England, in a beautiful area known as Teesdale. The town grew up around the Norman castle of the same name, and is affectionately known to locals as "Barney".

Barnard Castle lies south west of the City and county town of Durham, and west of Darlington, which is well known for its ground-breaking railway history. Barnard Castle is an appropriate starting point for visiting the Lake District. 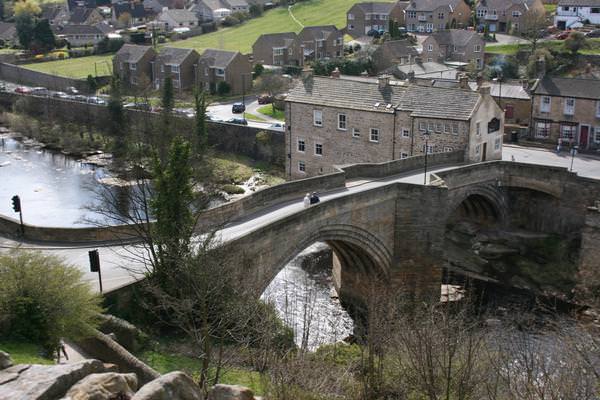 Delightful old cobbled streets and twisting lanes, lined with stylish architecture from the Georgian and Victorian periods, are to be found in the centre of town. Many of these buildings are now independent, interesting shops, cafes and restaurants. Barnard Castle is well known as being one of the best towns in the north of England for its quality antique shops, which attract people from far and wide.

There are four right of entryways, known as gates, to the town; Bridgate, Galgate, Newgate and Thorngate. The main route is Galgate, which for the most part follows the old Roman Road, which leads to Scar Top hill and the Castle itself. From there it follows the castle wall into Horse Market, which is the main street.

A cobbled section known as Market Place is where a weekly market is held each Wednesday and a Farmer's Market on Saturdays. This is where the Market Cross is located; this is an octagonal building, which was erected by Thomas Breaks in 1747. 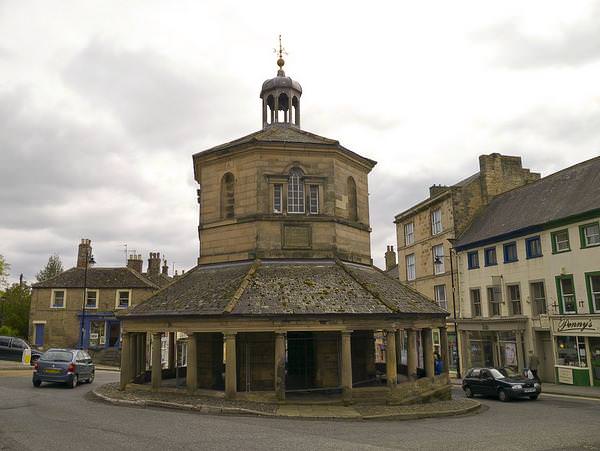 It is also known as Butter Mart - the name derives from the fact that farmer's wives sold dairy produce on the ground floor, which protected both the women and the produce from sunshine and rain!

This building has been used for several purposes over the centuries, such as a court house on the upper floor and even a fire station.

Observant visitors today can see two bullet holes in the weather vane on the Market Cross, which was being used as target practise by the Earl of Strathmore's gamekeeper and a local man named Taylor, one of the Teesdale Squad of Volunteers, who were attempting to show who was the best marksman.

The men stood outside the Turk's Head and each fired one shot at their target, the weather vane on the market cross, the bullet holes still visible today show how well matched these men were. This took place back in 1803 when there were fears of a Napoleonic invasion.

Left of the market place is Newgate, where you will find the Parish Church of St. Mary's which also serves the village of Whorton. St Mary's owes its foundation to Bernard Balliol who built the Castle. The church is mainly Norman and Transitional. The west tower is a replacement of 1874.

Just off Newgate is the Bowes Museum - a surprising building to find in Teesdale in County Durham. This museum was purpose built in the 19th century, inspired by a French chateau; the museum opened in 1892. It is one of the finest museums outside London. 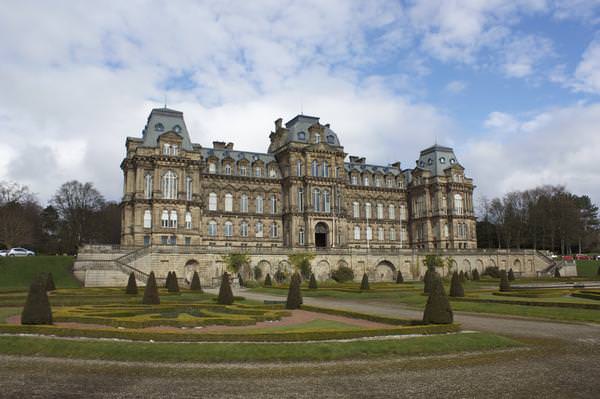 The Bowes Museum draws many people to Barnard Castle. It is home to an internationally renowned art collection and a huge range of treasures, which include furniture, clocks, porcelain, musical instruments, tapestries and toys. Probably the most famous of the treasures is the mechanical Silver Swan, which still delights the public by performing daily.

Nearby on a street known as The Bank is one of the oldest buildings in the town dating from the 15th century, Blagraves House which is now home to a top quality restaurant. It is claimed that Oliver Cromwell dined here in 1648.

Further on is Bridgegate and the County Bridge, which was built in 1569. When the River Tees shaped the boundary between County Durham and North Yorkshire.

The largest single employer in Barnard Castle is the pharmaceutical company Glaxo Smith Kline at their manufacturing service on the periphery of town. 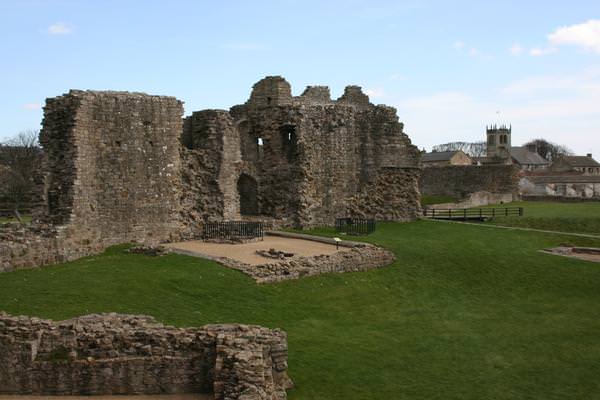 In 2009 the paper received a national Lottery grant enabling it to create a digital archive of the first hundred years of its publications. This vast task was completed in 2012.

Oliver Cromwell is thought to have dined at Blagraves House in the town in 1648.

J.M.W.Turner, who is regarded as the 'painter of light' visited the town in 1797 and sketched 'Barnard Castle from the West'.

Charles Dickens and his illustrator Hablot Browne otherwise known as Phiz resided at the King's Head in town in 1837 - 38 while researching and writing his novel "Nicholas Nickleby".

While in the town Dickens visited William Humphrey's clock maker's shop which at that time was across the street from the hotel. He enquired about an extraordinary clock and its maker. William Humphrey explained that his son Humphrey was the maker. This may have inspired Dickens to entitle an article he was writing for his new weekly journal as "Master Humphrey's clock". The journal went on to publish "The Old Curiosity Shop" and "Barnaby Rudge". 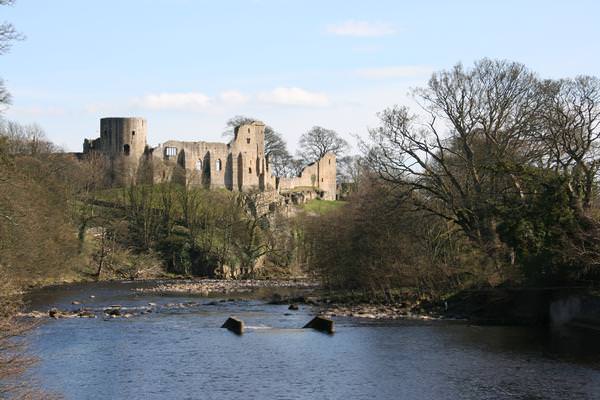 Many other notable people have visited Barnard Castle such as Sir Walter Scott who was familiar with the area when he visited his friend John Sawrey Morritt at Rokeby Hall. Sir Walter enjoyed exploring Teesdale and mentioned the round tower of Barnard Castle itself in his marathon poem "Rokeby"

Places To See Nearby

Teesdale is one of the picturesque Durham Dales in the North Pennines an Area of Outstanding Natural Beauty (AONB), with wooded valleys and gorse moors, as well as being home to High Force, England's highest waterfall. Enjoy the stunning scenery as you walk, cycle or drive along the quiet roads, or sail or go fishing on Teesdale's rivers and reservoirs.

Visit Raby Castle the castle which was built for John 3rd Baron Nevill around 1360. The Nevills were the most powerful family in the north of England. This mighty stronghold is a symbol of their power. The great Baron's Hall was the place where 700 knights met to plot the "Rising of the North" a fated enterprise which brought about the fall of the house of Nevill.

A treat lies in store for keen gardeners with a trip to Eggleston Hall and Walled Gardens. The garden specialises in rare species, with an emphasis on hardy herbaceous plants.

Days Out in Barnard Castle

Places to Visit near Barnard Castle