You are here:  Towns -> Places to Visit in Carmarthenshire -> Llanfihangel-ar-Arth

Things to do in Llanfihangel-ar-Arth, Carmarthenshire 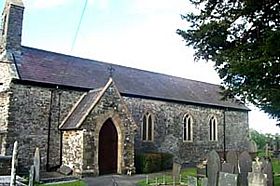 Llanfihangel ar Arth is the most notherly village in the community, nearest the river Teifi. It is believed that the village's name derives from the name of parish's church - Sant Mihangel - which was established in the 6th century.

There was a tollhouse in the village during 1840-1850 to collect tolls from travellers and one of the Rebecca Riots occured here when the gate was destroyed by 150 people in June, 1843. It was a one level building and now it is a residential bungalow.

The railway from Carmarthen and Lampeter travelled through Llanfihangel ar Arth, which later had its own station. But the station was closed for travellers in the 1960s. Today there is only part of the track left. From 1840s to 1920s many of village houses were used as woolen workshops when the wool industry was important in the area.

The village is located around the B4336 between Llanllwni and Llandysul from the east to west amd the B4459 between Capel Dewi and Pencader from the north to south.

As well as the Church, the village has two friendly pubs and a school that opened in 1864 but was later closed in 2003 and the school now acts as a community centre. There are quite a few small businesses and the electricity board store. Agriculture along with the aformentioned buisnesses supply employment in the area. The village has an annual carnival and part of Gwyl Bibau Pencader is held at the Church.

Since the closure of the School in 2003 a lot has changed in Llanfihangel ar Arth village. The village shop and Post Office have also closed. Hence, the School Hall is the centre of the village and gives energy to keep the community alive.

Llanfihangel ar Arth has a Welsh and English language community website which can be found at www.llanfihangel-ar-arth.com. 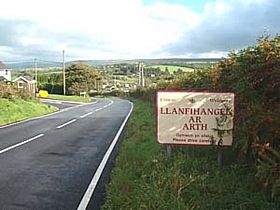 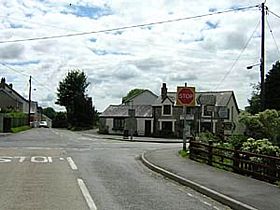 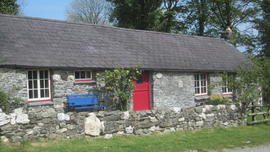 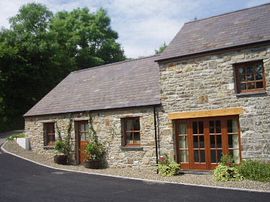 more self catering near Llanfihangel-ar-Arth...

Places to Visit near Llanfihangel-ar-Arth