You are here:  Towns -> Places to Visit in Shetland -> Lerwick

Things to do in Lerwick, Shetland

Lerwick, capital of the Shetland Islands, lies where the North Sea meets the Northeast Atlantic Ocean and is Britain's most northerly commercial harbour. 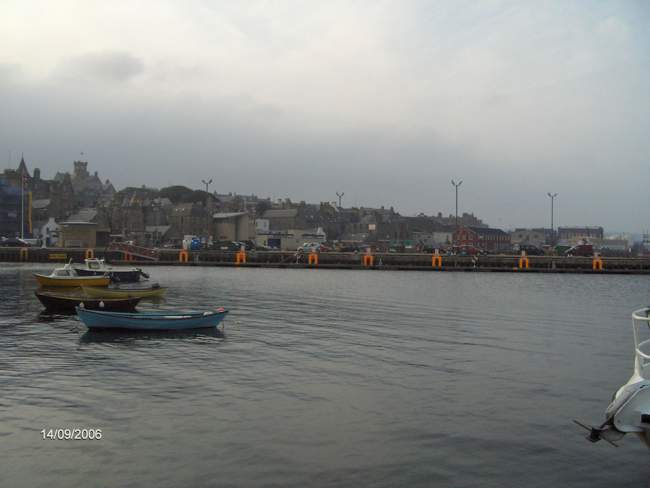 Its sheltered deep-water port makes it a major centre for fishing, marine exploration and servicing the oil and gas industry.

Lerwick is a fascinating place to visit, with a wealth of history.

It has a large and busy port serving ferry links to Kirkwall and Aberdeen. 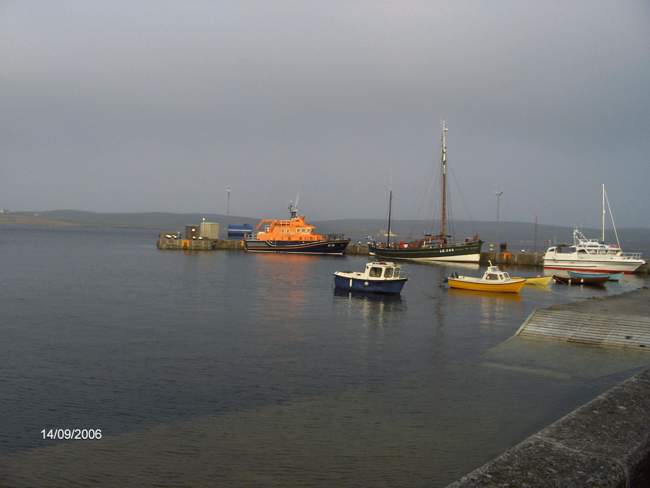 The town itself has enviable character and charm, particularly along Commercial Street which has a good selection of local businesses and small shops.

There are several "closses" running up the hill from Commercial Street which bring visitors to the newer part of Lerwick.

During the 19th century the town expanded to the higher, flatter land west of the Hillhead and the town now has a population of around 7,600 residents.

Visitors will find Lerwick has a celebrated heritage of traditional music in the pubs and clubs. 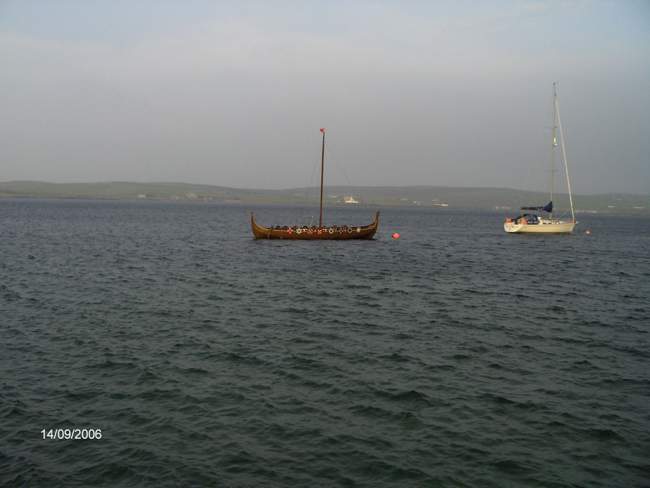 Things to Do in Lerwick

The Tourist Information Centre is a good place to find helpful local information and plenty of ideas for things to do around Lerwick.

Walkers can head out along The Knab promontory for wonderful views of Bressay Sound. 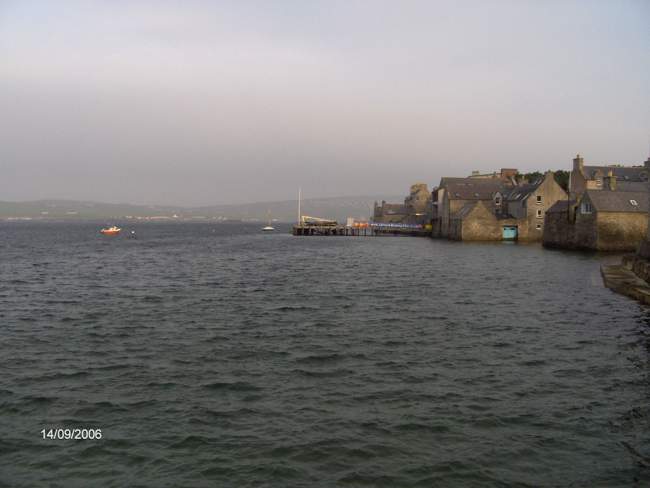 The island of Bressay is just a 7-minute ferry ride away and is much less developed than Lerwick.

The well-preserved Brock of Clickimin is an intriguing prehistoric attraction to visit.

The fascinating site has a bronze-age family home with rooms and staircases. 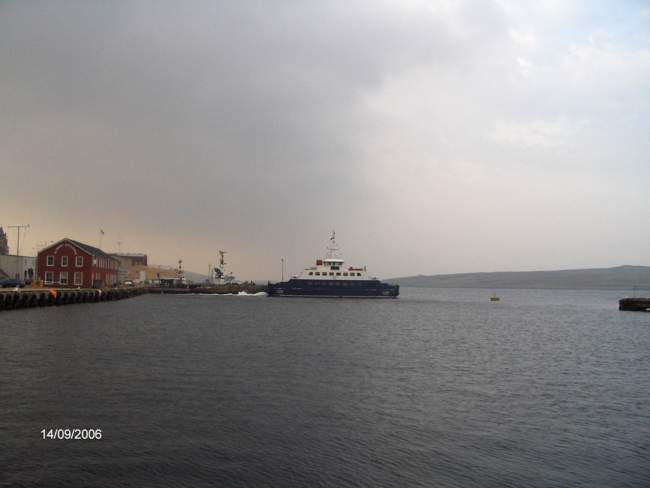 There are walled enclosures for livestock and stone troughs which would have been used to grind barley.

The strangest feature is a stone slab with two footprints carved into it.

It was built 3000 years ago on a grassy islet connected to the south shore of the Lock of Clickimin.

The manmade ditch suggests it was once cut off by a drawbridge.

Prior to the 17th century, Lerwick, which means "Muddy Bay", did not exist.

From 1602 the Dutch fleet used the Bressay Sound as a temporary base for catching migrating shoals of herring. 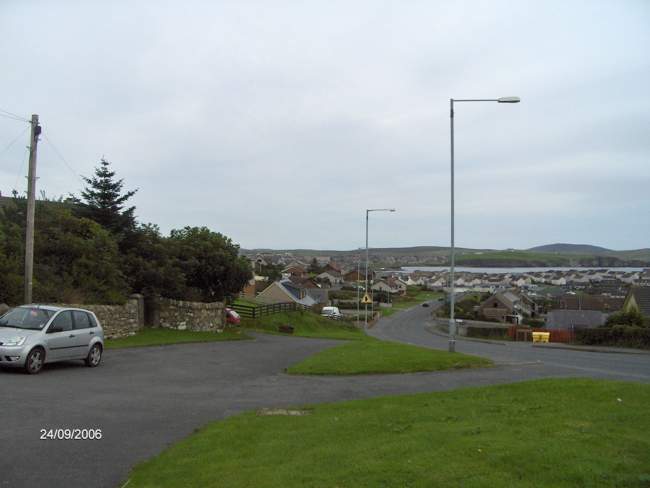 Entering Lerwick from the south

Shetlanders would build temporary huts to trade with the Dutch but the summer get-together became known for its drunkenness and immoral behavior.

Finally, the disapproving residents of Scalloway burnt the collection of huts down!

By 1650 a more permanent settlement was founded.

The government became increasingly concerned about the Dutch interest in the area and so Fort Charlotte was constructed, overlooking Lerwick harbour. 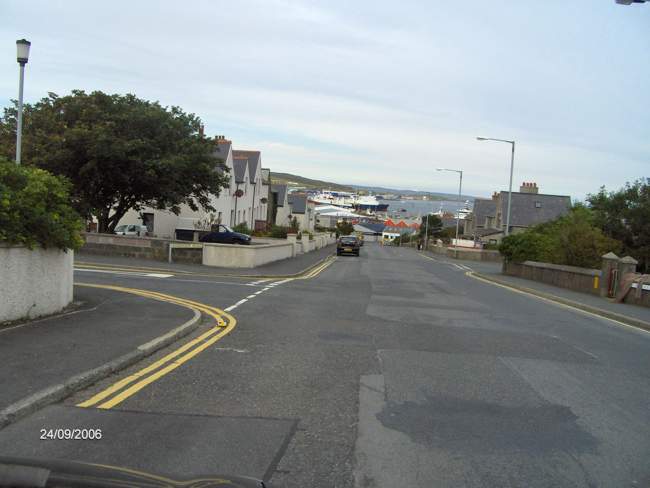 Looking towards the Port of Lerwick

Businesses developed along Commercial Street and the Queens Hotel was one of these early buildings.

In 1836 a ferry service began, linking Shetland with Aberdeen.

Wealth from the herring trade allowed Lerwick to build the impressive Town Hall in 1884, followed by the County Buildings.

When the North Sea oil boom developed during the 1970s it brought great changes, increasing employment and business in the Shetland Isles.

Things to do in Shetland

Days Out in Lerwick

Places to Visit near Lerwick