10 Best Free Things to do in York

York is a wonderful place to visit - which is probably why it welcomes nearly 7 million visitors every year. 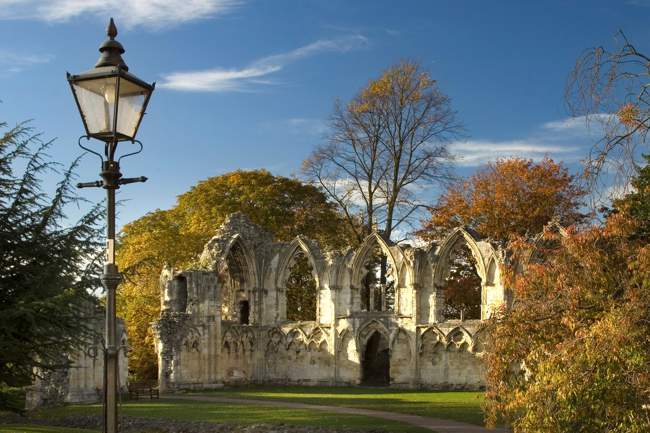 But is it still fun if you’re on a tight budget? Absolutely! There’s so much to see and do in York, that it’s easy to find interesting places to visit that are completely free of charge.

Although many of the city’s attractions do charge for entry - there are some notable exceptions. Here are 10 of our favourite free things to do in York:

It seems incredible - but the National Railway Museum - one of the best museums in Britain, and probably the best railway museum in the world - is completely free of charge to visitors. 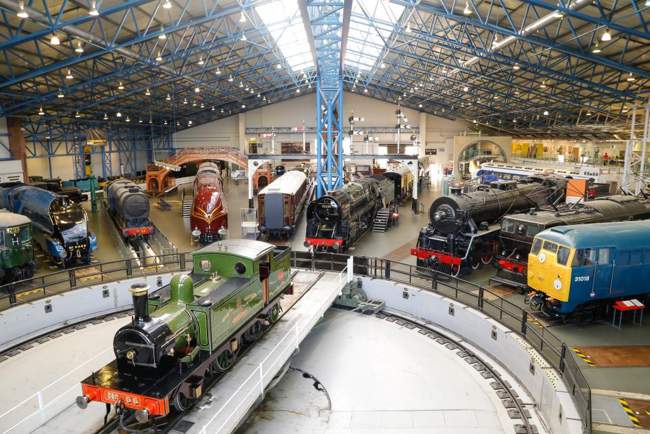 The museum has nearly 300 rail vehicles in total (and more than a million railway-related artefacts), covering the 300-year history of the railways in Britain. 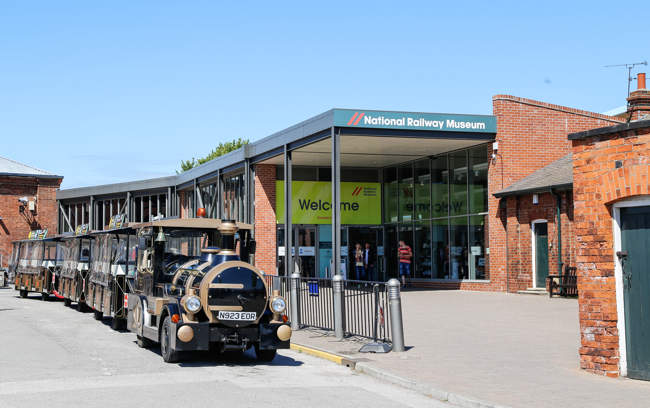 Here are just a few of the highlights: 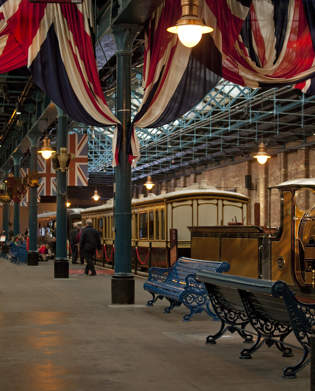 As well as these iconic locomotives there are lots more, as well as lots of rolling stock, and railway artefacts including posters, artworks, photos and more.

This street in the centre of York has become a well-known tourist destination. The narrow cobbled street is flanked with ancient overhanging timber-framed buildings. 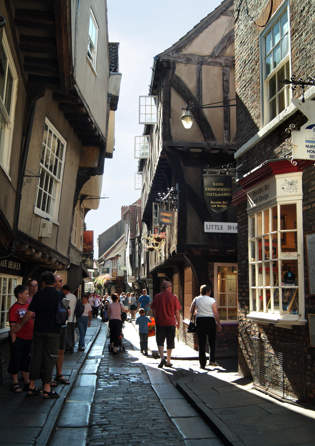 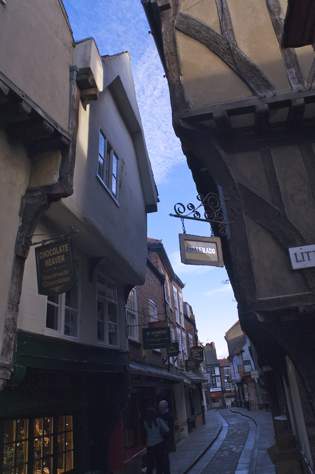 Shambles is an old word for a slaughterhouse and meat market, and as recently as the end of the 19th Century there were more than 20 butchers shops on this street.

You can still see the meat hooks and shelves outside some of the shops today.

The butcher's shops have all gone now and been replaced with independent shops selling souvenirs to tourists - though you’ll find some interesting places, some cafes and tea rooms, a bakery and more.

Atmospheric, and very photogenic, it’s well worth taking a walk up The Shambles when you’re in York.

York’s city walls go back 1900 years, to Roman times, and to walk them today is to connect with the long history of York. 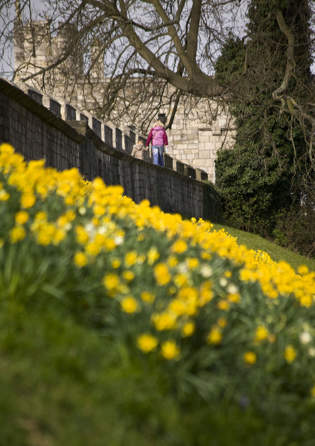 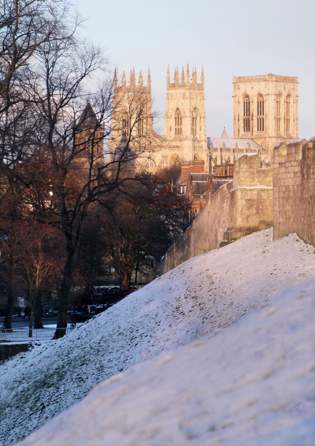 The walls are just over 2 miles (3.4km) long, and there are 4 main gateways known as “bars”, as well as three other smaller gateways. There are more than 40 towers along the walls.

The city walls were originally built to defend the city from attack but have been modified and added to continuously throughout their history.

You can simply walk any section of wall that appeals - commit to going the whole way around, or do the City Walls Trail, created by the Friends of York Walls. This detailed guide has 19 pages of information available by scanning the QR codes on information boards at various access points around the walls.

York Minster is one of the world’s greatest cathedrals. 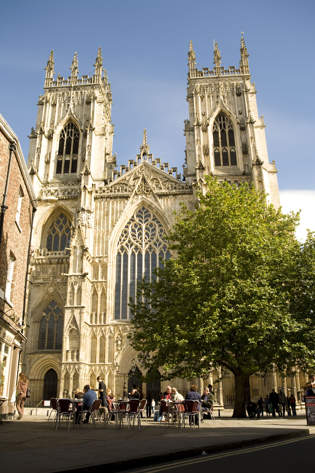 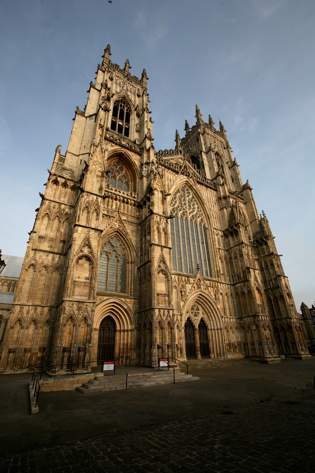 Unfortunately, to help defray the £20,000 per day running costs, York Minster charges visitors for admission (unless you’re a resident of York with ID), so those looking to enjoy York for free must content themselves with enjoying the exterior of this wonderful building. 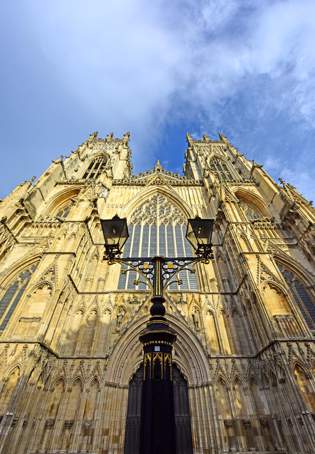 There’s been a church on this site since 627AD - though that was a quickly-constructed wooden building.

It has subsequently been destroyed and rebuilt on several occasions - the Gothic style building was begun in 1220 and continued into the 15th century.

You will hear the Minster bells ring every quarter-hour during the daytime, and Great Peter - a 10-tonne bell in the northwest tower strikes every hour.

The Minster is floodlit at night and visible from many vantage points throughout the city including Exhibition Square, Precentor’s Court and Low Petergate. 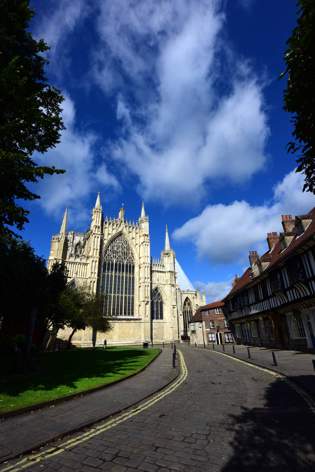 If you want to experience York’s long and fascinating history in the company of a knowledgeable and enthusiastic tour guide, then why not take a White Rose tour of York?

White Rose Tours last for three hours, so you get a really thorough overview of York, and how it’s been an important place through hundreds of years of English History.

Tours run every day, morning and afternoon, and all tours start outside the West Entrance of York Minster.

Amazingly the tours are free - and the guides work for tips only, which you are free to give at the end of the tour in proportion to the value you received and your budget.

There’s lots to enjoy in Rowntree Park - a 30-acre park gifted to the people of York by sweet-makers Rowntree & Co in 1921. 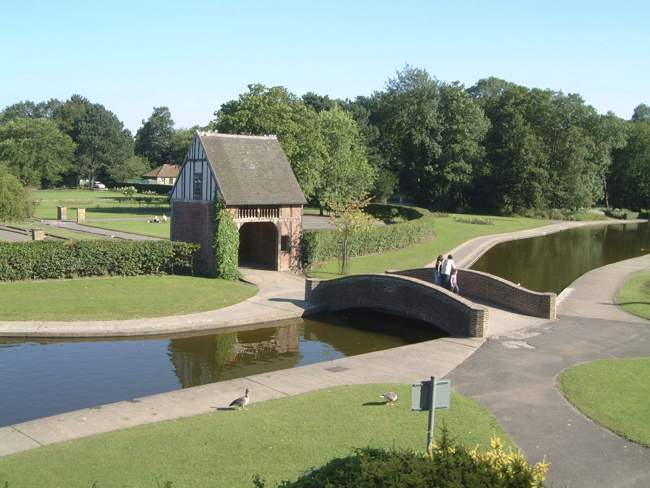 Take a stroll around the ornamental lake, and watch the ducks, geese, and sometimes model boats being sailed, or enjoy the woodland walk and tree trails.

There’s also a well-equipped play area for children to enjoy, as well as two table-tennis tables, a basketball court and a skate park.

Between Parliament Street and The Shambles, you’ll find Shambles Market with more than 70 stalls offering all sorts of merchandise. 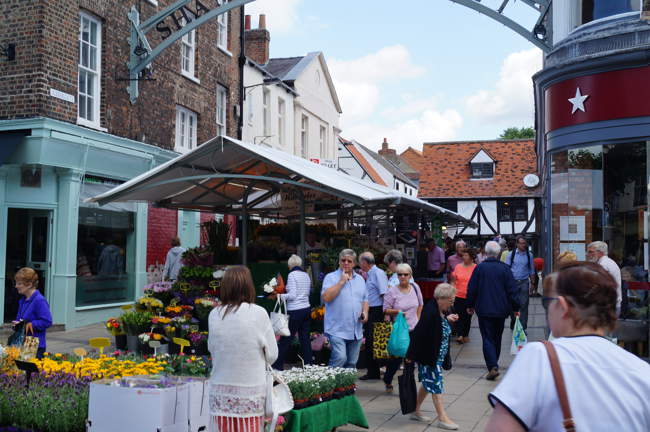 But it costs nothing to wander around the market and soak up the atmosphere of this vibrant and historic open-air market.

York has had a market since Viking times in the 8th century, and in the 12th and 13th centuries, there were a variety of different markets on different days. 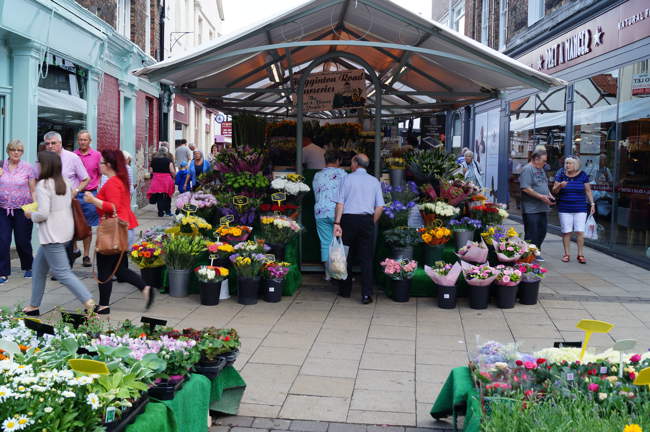 Today the market is open 7 days a week - and there’s a new Street Food area with free WiFi available!

As well as enjoying the 60 acres of farm and gardens themselves, visitors will love the unforgettable panoramic views over the Vale of York. 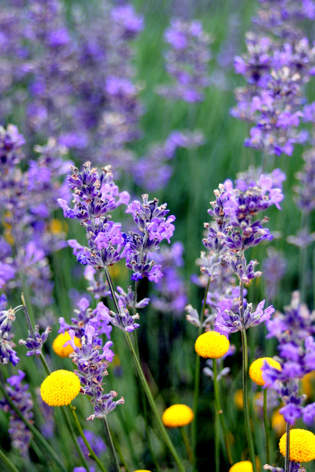 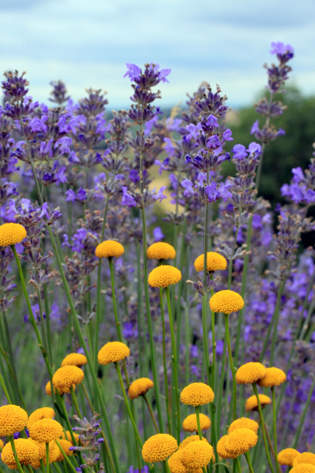 During March, April May and September you can visit Yorkshire Lavender free of charge. A small charge is made during the months of June, July and August.

If you like lavender - you can’t fail to enjoy a visit to Yorkshire Lavender.

Homestead Park is a 14-acre park and gardens in the Clifton area of York. It’s owned and maintained by the Joseph Rowntree Foundation - and is open to visitors free of charge.

Originally opened in 1904 by Benjamin Seebohlm Rowntree - (the son of Joseph Rowntree the chocolate maker) who announced that the fields behind his new house could be used by children from York Elementary Schools for outdoor activities. 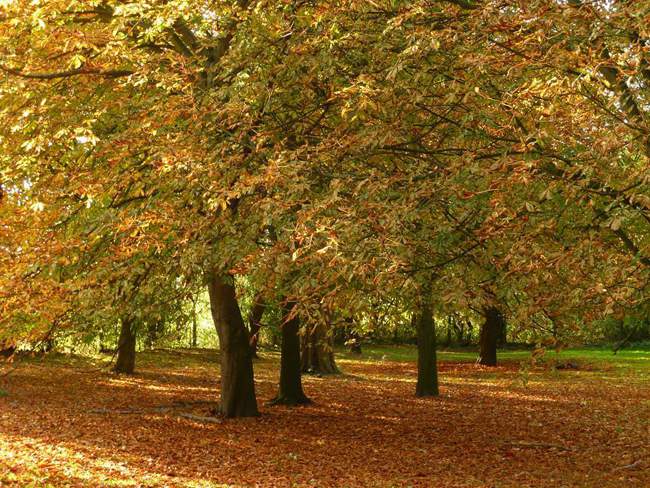 There’s a children’s play area in Homestead Park today, although it’s probably best known and loved for its floral displays. 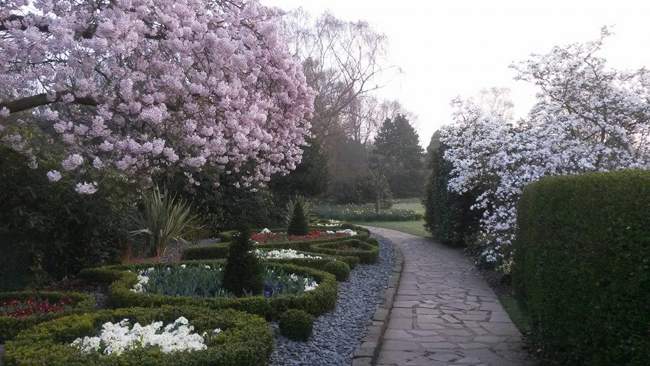 Make sure you see the beautiful tree-lined cherry walk - which looks most spectacular when there is blossom on the trees. 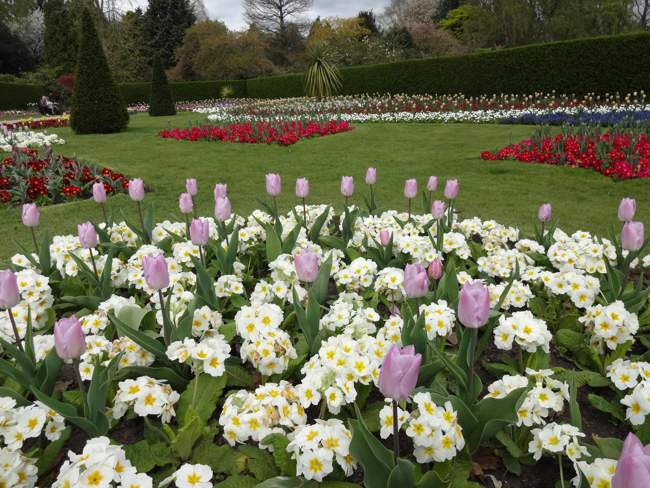 There’s also a pond, rock garden, woodland area and wildflower meadow. It’s a great place to go for a picnic.

In the centre of York, beside the River Ouse, you’ll find the York Museum Gardens - 10 acres of beautiful botanic gardens that you can enjoy completely free of charge. 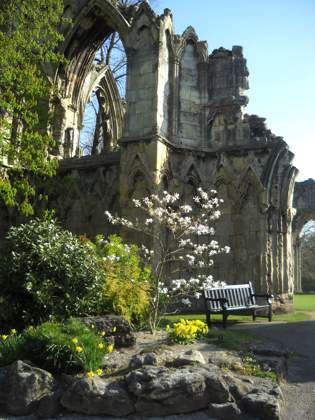 As well as the botanic gardens, there are interesting historic buildings to see, including the remains of the Roman Fort of Eboracum, the Multangular Tower dating from the 4th century, St Mary’s Lodge built in 1470, the ruins of St Mary’s Abbey Church from 1279, and the much more recent Yorkshire Museum and Octagonal Observatory. 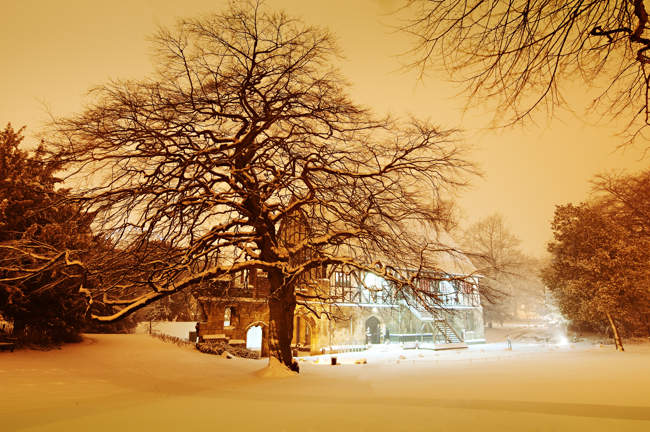 There are around 40 species of birds in the gardens, as well as a population of almost-tame grey squirrels. 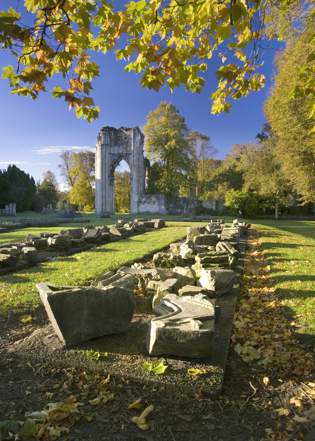 See if you can spot the very rare Tansy Beetles which only live in a 20 miles area around York. You’ll know one if you see it, for its lovely bright green iridescent jewel-like colour. You’ll find them in a flower bed near the Hospitium Building.

There is a lovely fern garden with both native and non-native ferns.

Also notable is the Observatory Border with appropriately “starry” flowers and the Prairie Border featuring native flora from the American Prairies.

There’s also a butterfly border that attracts butterflies, bees and other insects, an Oriental Border, Rock Garden and more.

York is one of England’s most interesting and historic towns to visit, and as you can see, it’s possible to visit the city and have a great time without breaking the bank.

We hope you’ve enjoyed these ideas for things to do in York for free, and we’ve inspired you to take a trip to this wonderful city.