15 Best Free Things To Do in Manchester

As Britain’s 6th largest city, Manchester has loads of brilliant attractions, and great things to see and do.

But what if you’re on a tight budget?  Are there any free things to do in Manchester? 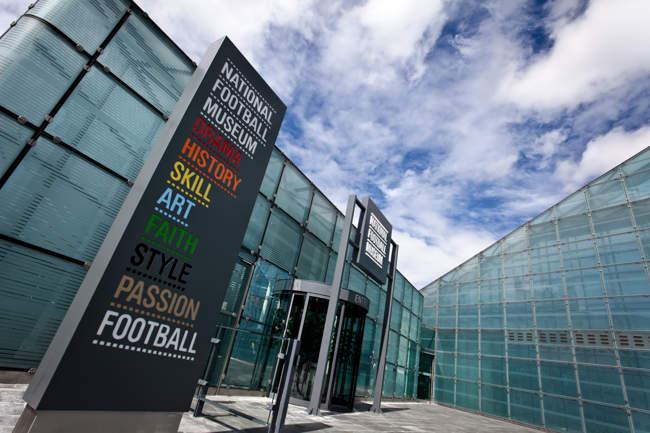 Can you have a great time without spending lots of cash - or will you be reduced to pressing your nose up against the windows of all the great attractions that you can’t afford to visit?

Of course not!  There are plenty of things to do in Manchester for free - and we’re here to show you some great ideas - so without further ado - let the frugal tour of Manchester begin:

Part of the University of Manchester, this museum is well loved for its collection of dinosaur fossils - especially the gigantic T Rex called “Stan”. 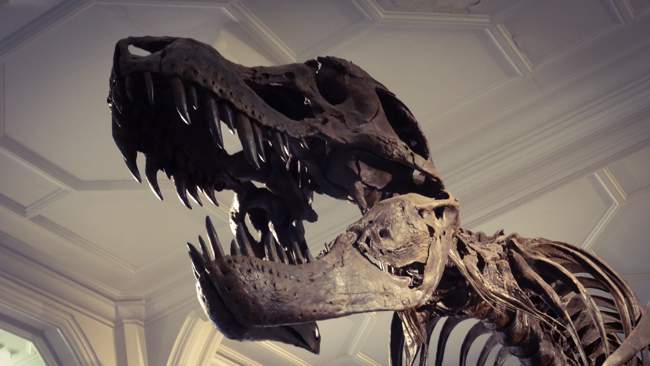 The museum has one of the UK’s best collections of Egyptian mummies and other artefacts - a must for those interested in Egyptology. 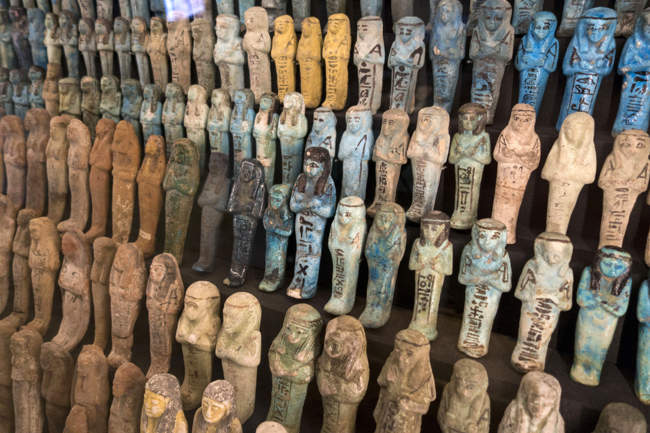 Unusually, the museum has an excellent Vivarium where you can see many species of live reptiles and amphibians including exotic lizards and brightly coloured frogs that kids will love. 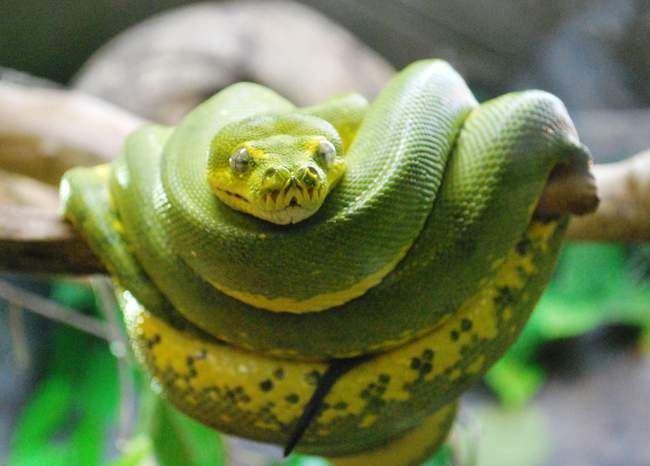 Museum of Science and Industry

Fittingly in this industrial city, the Museum of Science and Industry is the largest of Manchester’s museums, and tells the story of how our modern world has been shaped by technology and commerce. 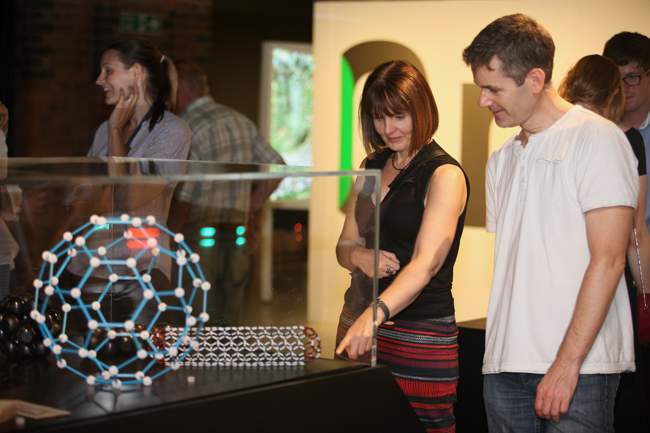 With displays spread over 5 different buildings and several acres, there’s a lot to explore, and lots of interactive and working exhibits to enjoy.

If you want to find out more about the history of working people, the trade union movement, women’s suffrage, the cooperative movement and more, then you’ll love the People’s History Museum.

Fresh from its £12.5 million redevelopment, this museum houses more than 400 trade union and political banners, 7,000 trade union badges and 2,000 political and election posters.

This is one of the UK’s largest collections of political artefacts.

From people’s history to the people’s game - Manchester is also home to one of the world’s top museums of football - and amazingly, it’s free to get in! 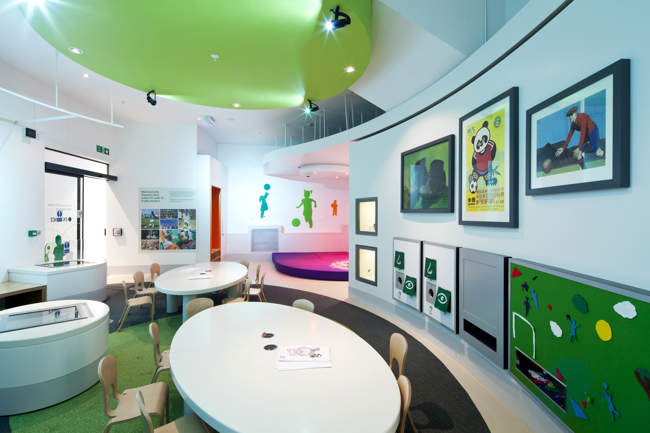 You approach the museum along the Football Walk of Fame which celebrates the greats of the game.  Once inside you’ll see the Hall of Fame, paying tribute to England’s greatest players and managers. 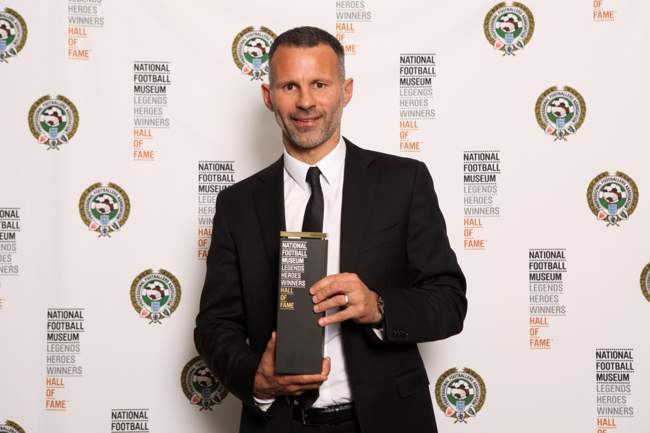 There are displays devoted to the leagues, competitions and trophies, a celebration of the fans that make the game what it is, the teams, the kit, and much, much more.

Football Plus+ offers seven opportunities throughout the museum to test your footballing skills - however there is a charge for this enhanced experience. 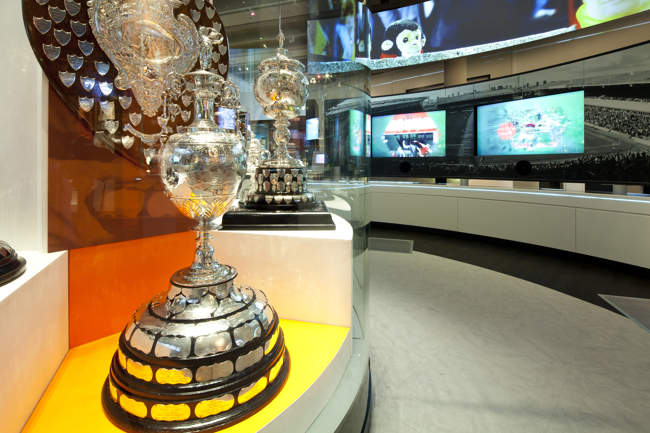 This museum is a must-see for any football fan.

Take a look at this video about visiting the National Football Museum: 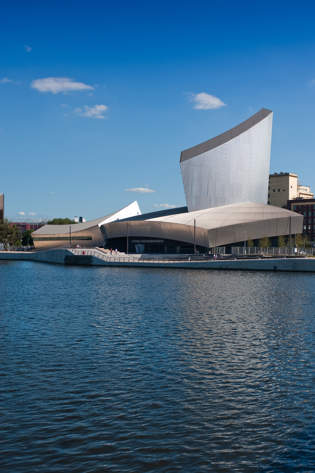 Housed in an iconic aluminium-clad building designed by Daniel Libeskind, the IWM North houses several fascinating exhibitions which tell the story of how a century of wars have affected people’s lives in Britain.

The main exhibition space shows a timeline of the wars that Britain has been involved with since the First World War.

The Big Picture Show uses the latest HD projection technology to tell people’s stories of war in a vivid and captivating way.

There are also temporary exhibitions and contemporary art works on display which explore the theme of armed conflict through different mediums. 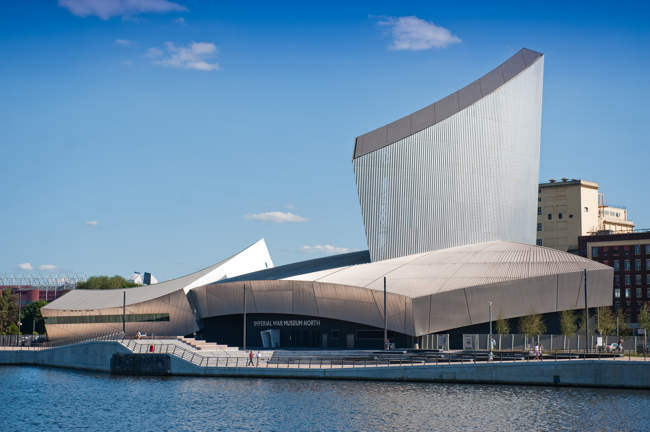 If you’re in Manchester on a Tuesday, then you can visit the Greater Manchester Police Museum.  Alternatively if there are 5 or more in your group, you can book a private tour.

Housed in an old police station, the museum gives you a chance to see how policing used to be.  As well as a collection of policing artefacts, you can visit the cells, see replicas of an old police box, and a courtroom, and lots more.

There’s a display of police vehicles through the years, and an exhibition of police uniforms - including the chance to try one on!

The museum is supported by volunteers, many of whom are retired police officers and staff, who are happy to chat - they really bring this museum to life.

Covering more than 600 acres - Heaton Park is enormous, and offers a real chance to get away from the bustle of the city and enjoy some wide open spaces.

There’s lots to do in the park, or you can simply walk around spotting the many landmarks such as the Temple, Boating Lake, Colonnade and more. 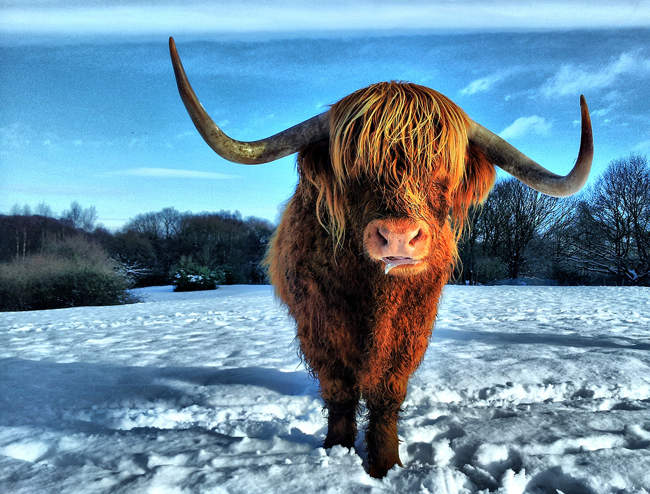 See the Heaton Park Tramway that operates within the park with a fleet of 3 electric trams and one horse-drawn tram.  (Visiting the tramway museum or riding on a tram is cheap, but not free). 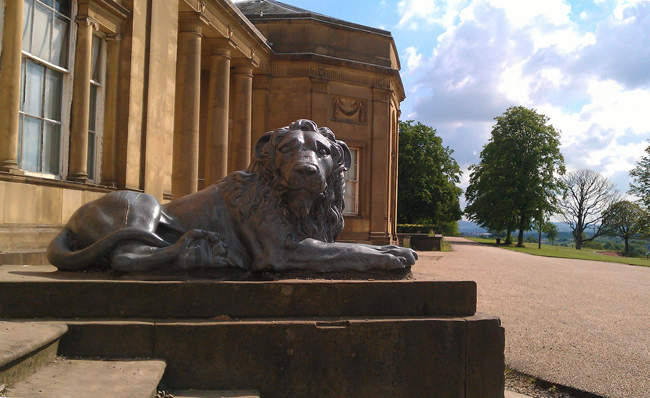 In the old stables, there’s an animal centre where you can see chickens, goats, cows, alpacas, guinea pigs, peacocks and sheep. 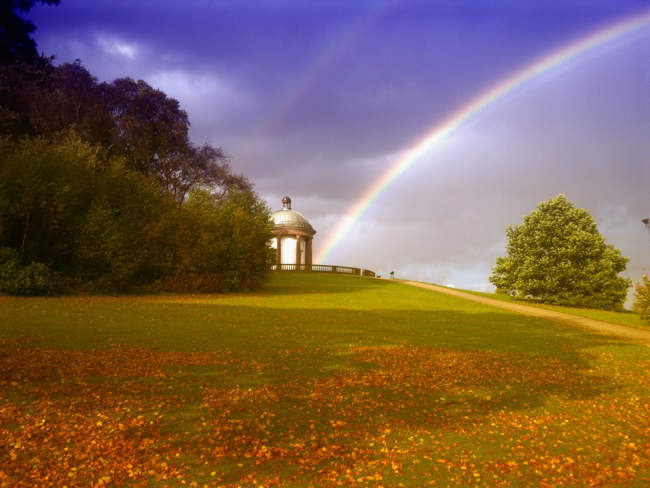 The park is famous for its amazing rock gardens, where a variety of interesting plants and shrubs thrive in microclimates within the shelter provided by the rocks.  Little waterfalls cascade down into a pond.

Through the stone arched entrance with a sculpture of an eagle lies the Parsonage Gardens with its large Cedar of Lebanon and Yew trees.  There is also an alpine house, which used to contain orchids. 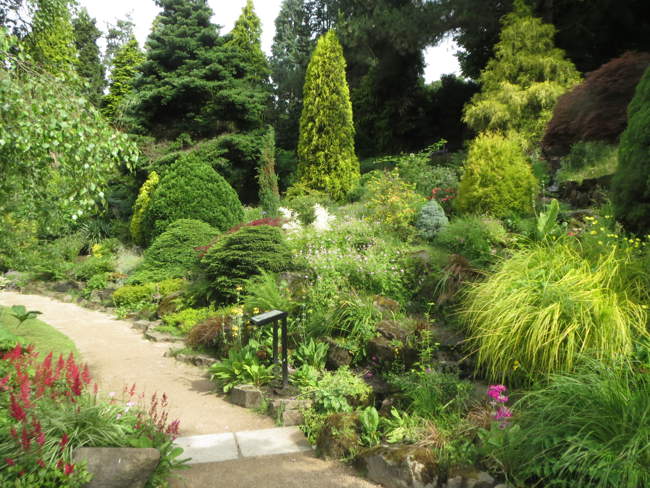 A lovely park for everyone to enjoy, that keen gardeners and plant enthusiasts will particularly like.

Fresh from a £35m renovation, Manchester Art Gallery is well worth a visit for art lovers, and the merely curious. 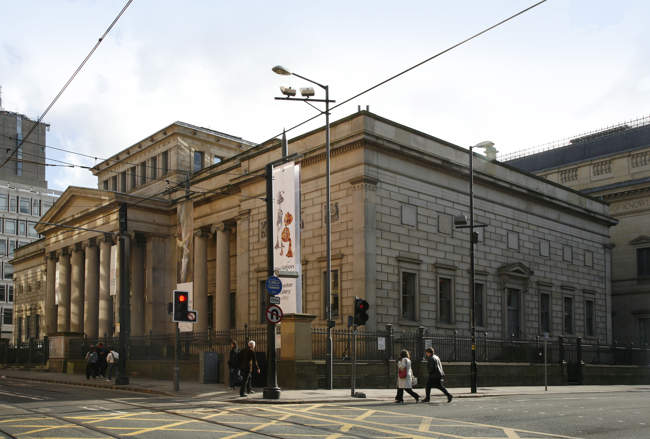 With more than 25,000 objects in their collections, including 13,000 pieces of fine art, and another 13,000 in the craft and design collection - there’s certainly lots to enjoy.

The Fine Art collection is known for its pre-Raphaelite paintings, and also contains British and European art from the 1600s right through to the 21st century. 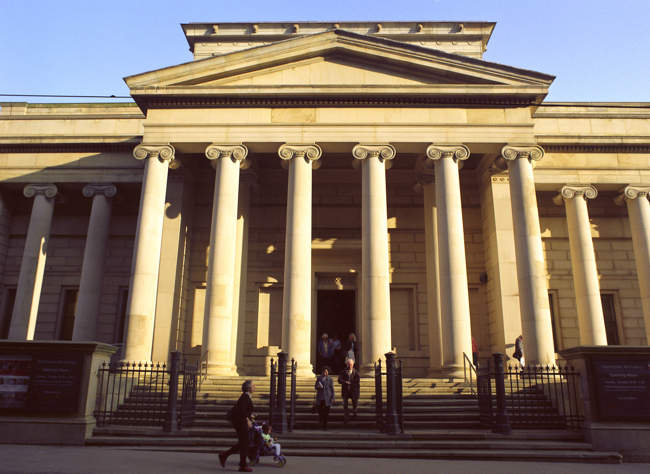 The Craft and Design collection has glass, metalwork, furniture and ceramics including a fine collection of 17th century silver and an exciting range of contemporary lighting and furniture. 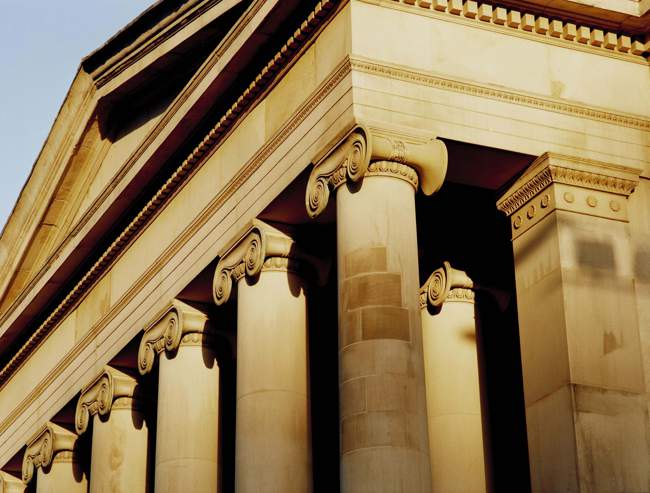 There is also a gallery of costume with more than 20,000 items telling the story of clothes from 1600 to the present day.  A must-see for lovers of fashion.

With an eclectic collection that includes historic fine art and contemporary art works, a fine collection of textiles from across the world, sculpture, prints, wallpaper and more, there’s lots to enjoy at the Whitworth Art Gallery.

A highlight of the fine art collection is work by famous pre-Raphaelite artists including Holman Hunt, Rossetti, Millais and others. 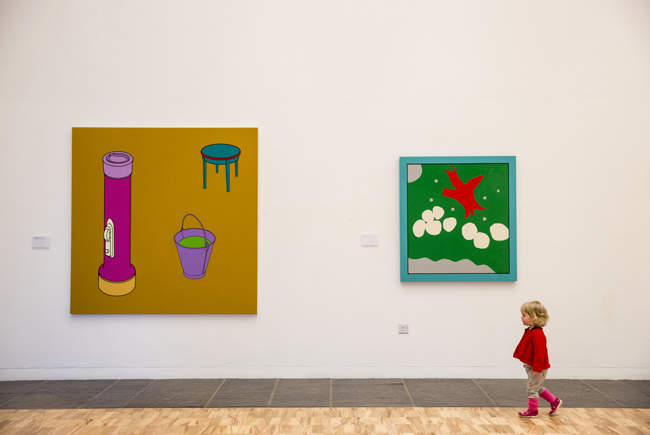 You can also see paintings by Turner and Gainsborough, and there are many excellent British watercolours from the early 20th century.

The modern art collection forms a timeline leading from works by Van Gogh, Degas and Gaugin, via Picasso and Klee to Moore, Bacon and Hockney.

The textile collection tells the story of fabrics through the ages, with garments worn in Egypt from 300-900AD through to contemporary textiles.

The John Rylands Library is part of the University of Manchester. As well as being home to one of the world’s best collections of rare books and manuscripts, the victorian building itself is very beautiful and well worth visiting for lovers of fine architecture. 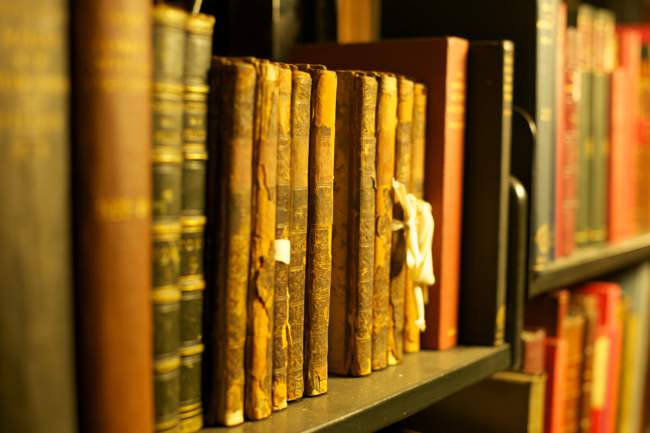 With frequently changing exhibitions and activities, there’s always something new to see. 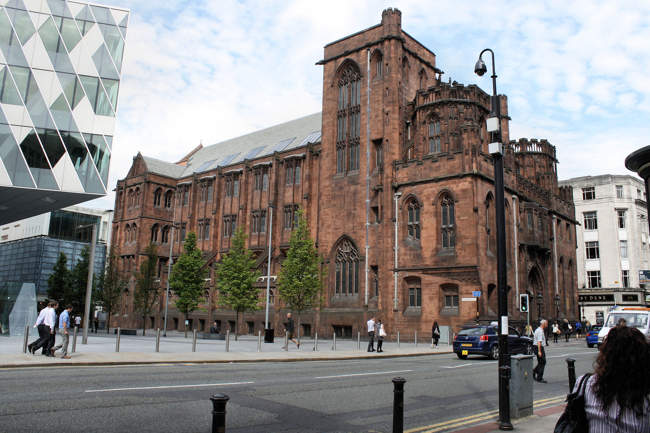 The centrepiece of the library is the cathedral-like Historic Reading Room which has a quiet ambience of study and reflection. 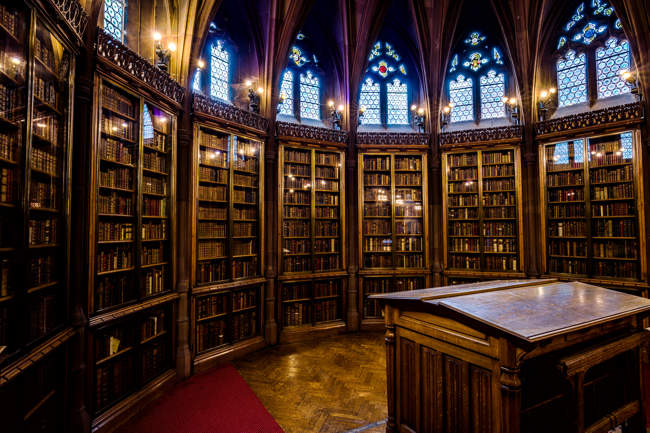 There’s also an interesting Introductory Gallery which tells the story of John and Enriqueta Rylands and how they came to build this magnificent library. 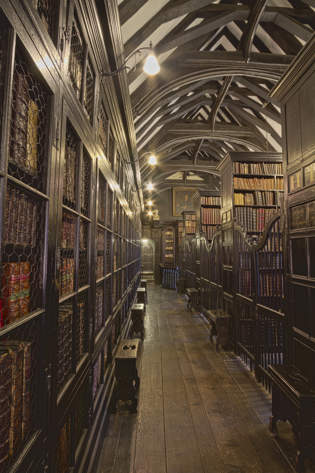 Founded in 1653, Chetham’s is the oldest public library in the English-speaking world!

The lovely sandstone building in which it is housed dates from 1421.

Entrance to the library is free, but a voluntary donation of £3 is suggested.

There are many highlights of the Chetham’s collection including more than 40 medieval manuscripts, and illuminated manuscripts made for royalty.

There’s a book of prose and poetry that contains letters by Ralegh and Bacon, and a copy of Prosper of Aquitaine bound in white deerskin for Henry VIII in 1539. 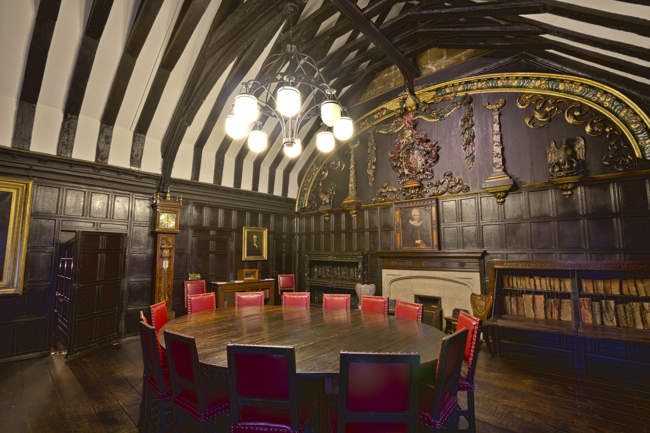 Staying at Chetham’s but turning to music - a real treat for music fans on a budget:

Every weekday lunchtime during term-time, there’s a concert given by students at the world-famous Chetham’s School of Music - and it’s free!

Concerts can be a full-length solo recital, or consist of shorter pieces.  Vocalists, instrumentalists and chamber ensembles all give performances on different days.  You can take a lucky dip and just turn up, or look for programmes announced about a week in advance.

Concerts are in the Carole Nash Hall in the New School building - starting at 1:30pm and lasting about 45 minutes.

With Chetham’s reputation for turning out the top professional musicians of the future, it goes without saying that the standard of performance is very high indeed.

You can walk along the canal, through the Castlefield Urban Heritage Park on your way to the Museum of Science and Industry. 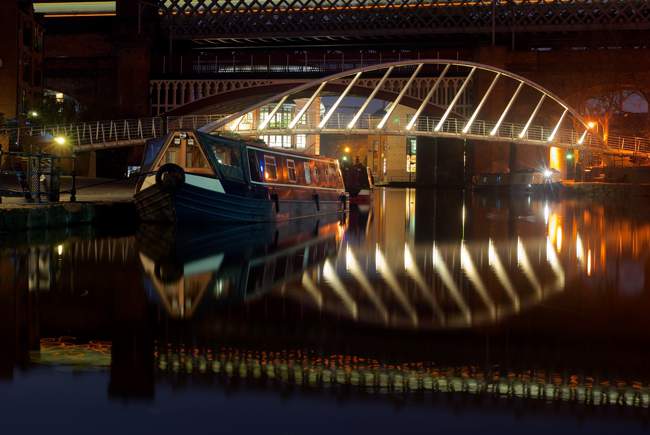 Admire the old industrial buildings, soak up the atmosphere of the canal, and see how Manchester used to be in years gone by.

There are plenty of information boards to keep you informed. 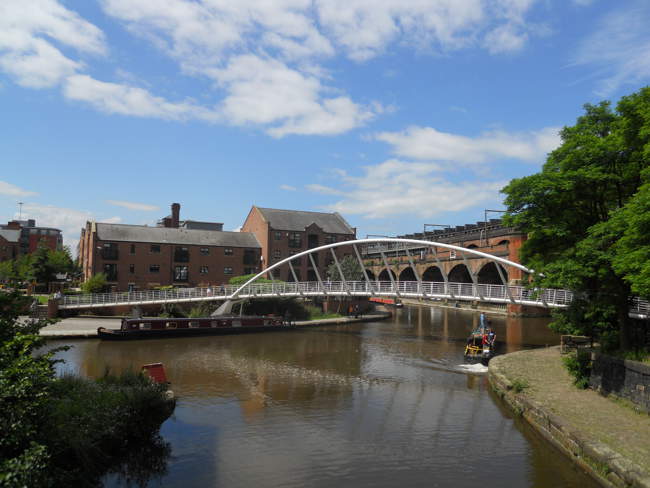 The re-creation of a Roman gate gives visitors a glimpse into a much earlier period in the history of this area. 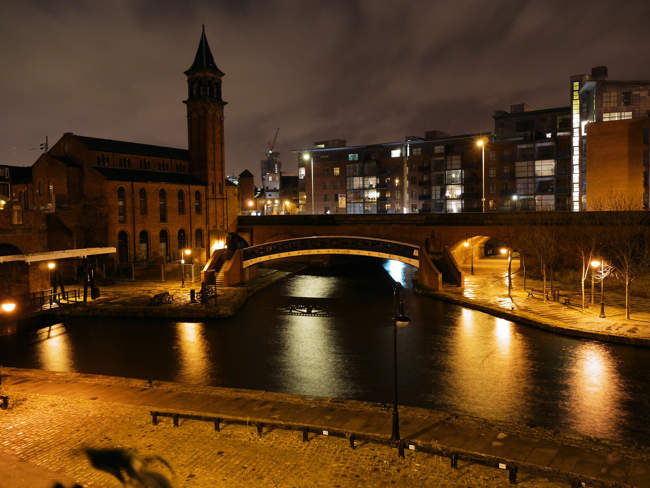 Manchester’s magnificent Cathedral dates back to 1421 when a royal charter was granted by Henry V.

Since then it has survived wars, bombings, the Reformation and more.

The Cathedral has a long and interesting history.  It was extensively damaged by bombing during World War II - the medieval lady chapel and the chantry chapel were destroyed.  Repairs took over 20 years.

Also destroyed were all the Victorian stained glass windows.  They have been gradually replaced with new designs, most recently in 2004 when the Healing Window by Linda Walton was installed to commemorate the Manchester IRA bomb in which the cathedral was also damaged.

You can pick up a guide booklet in the Cathedral, and guides will be able to answer any questions you have.

There are also free taster tours on Monday to Saturday from 10:30 to 15:30 that last about 30 minutes, and provide lots of interesting information about this wonderful building.

As you can see, you don’t need to spend a lot of money to enjoy a break in Manchester.  There are loads of interesting places to visit and things to do that won’t cost a single penny.

So don’t let finances put you off exploring this wonderful city - you’ll have a brilliant time.

Check out our other articles on Manchester:

Here's our main Things to do in Manchester page with lots of information about this wonderful city.

If you're visiting with your partner, check out our best ideas for Romantic Things to do in Manchester