Where to Take Afternoon Tea

The first ever afternoon tea, according to Belvoir Castle in Leicestershire, was held inside the rooms of that grand Regency residence.

In the 1840s, Anna Maria Stanhope, 7th Duchess of Bedford was staying at the castle with the Duke and Duchess of Rutland. Traditionally only two meals were taken: breakfast, and dinner around 8 p.m. Inevitably hunger would set in around mid-afternoon. 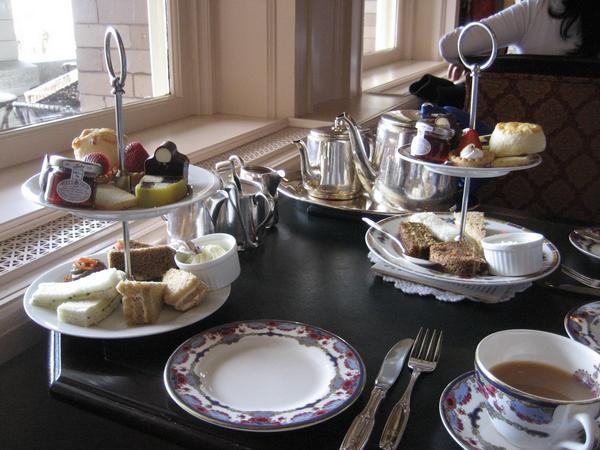 High Tea at The Empress Hotel © EvinDC via Flickr

The Duchess began sipping tea and eating dainty snacks in the afternoon as she chatted with her hosts, and so the British Afternoon Tea was born!

If you want to recreate a little culinary history, you can still sample a delicious afternoon tea in the magnificent Stewards Restaurant at Belvoir Castle. 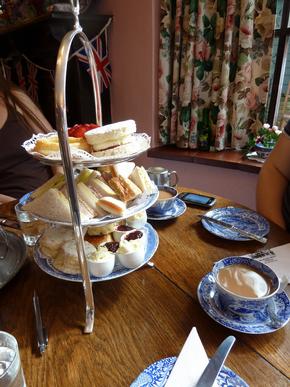 Afternoon Tea at The Maids of Honour, Kew

When the Duchess of Bedford returned to her home at Woburn Abbey she invited friends to join her in her private sitting room for afternoon tea.

When she returned to London she continued the practice by sending invitation cards asking friends to join her for tea and a walk in the fields.

Other socialites quickly responded and the practice was moved to the more formal drawing room.

Soon it was a highlight of the social calendar for fashionable society to partake of afternoon tea.

The difference between high tea and low tea came about from the height of the table on which afternoon tea was served.

High tea would be served at the dinner table and was more formal than low tea, which was taken earlier in a relaxed manner on small occasional tables. Low tea was earlier than high tea and generally preceded a promenade in Hyde Park. 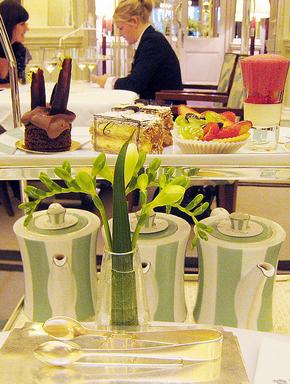 Although other nationalities imagine the Brits still stop everything for afternoon tea on a daily basis, sadly this social tradition has become an occasional luxury treat.

It might be an indulgence when shopping in London, where afternoon tea at the Savoy or the Ritz is a pleasant but pricey pastime.

A traditional afternoon tea is far more than the scones and jam of a West Country cream tea.

Along with a pot of Earl Grey or Darjeeling, a proper afternoon tea includes a selection of crustless finger sandwiches containing cucumber, egg and cress, smoked salmon or perhaps a more ambitious filling of coronation chicken.

The accompanying tiered cake stand will have a tempting array of sweet treats such as scones, iced fondants, mini eclairs and bite-sized pastries.

Claridge's in Mayfair was named Top London Afternoon Tea by the Tea Guild in 2011 and must be booked up to three months ahead.

For a more impulsive afternoon tea try one of the smaller London establishments such as Brown's Hotel on Albemarle Street or the Grosvenor Hotel on Buckingham Palace Road. 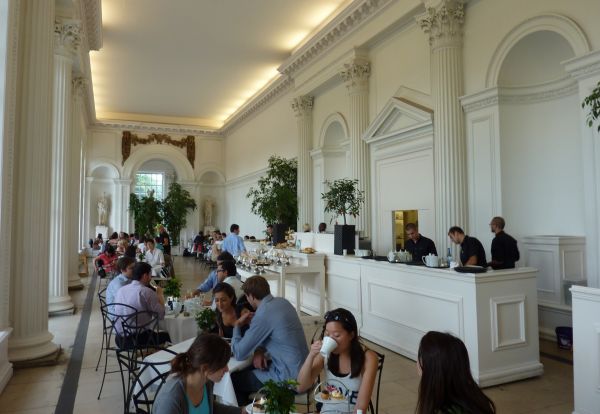 The Chesterfield Mayfair also received a Tea Guild Award for Excellence and offers afternoon tea with a tea poet on hand for light entertainment.

Just as good are teas at Harrod's Georgian Restaurant or St James's Restaurant at Fortnum and Mason, both known for their epicurean excellence.

Top hotels and cafes around the UK such as the Willow Tea Rooms in Glasgow and Betty's in Harrogate all have afternoon tea on the menu, but these calorie-laden treats do not come cheap!

Expect to pay up to £40 per head to enjoy the lifestyle of a Duchess at the top establishments!