You are here:  Towns -> Places to Visit in Somerset -> Porlock

Things to do in Porlock, Somerset 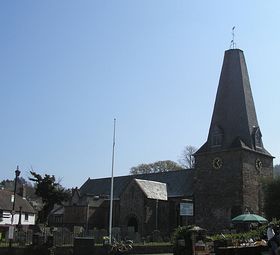 Not too many years ago a national monthly magazine carried out a survey in which they concluded that Devon was the best English County to live in. To prove the point they published photographs of Devon beauty spots including one of Porlock. Porlock, it has to be said, is very much in Somerset and proud of the fact!

The village first appeared in print in the 10th Century as Portloca from the Old English words meaning 'Enclosure by the harbour' and at the time of the Domesday Book in 1086 it was Portloc.

Under the shelter of the infamously steep Porlock Hill, the village enjoys a micro climate that makes it significantly milder and warmer than the mighty Exmoor at its hinterland.

The Saxons developed Porlock as both a port and fishery, which inevitably attracted the unwanted attentions of the Vikings. There were major attacks by the Danes in 886 and then again in 918, both repulsed by the Saxon defenders.

In the mid eleventh century there was a major engagement at Porlock between Harold (later of Hastings fame) and local Somerset and Devon militias in which, according to the Saxon Chronicles, "more than 30 Thegns (noblemen) and many humble men were killed".

The arrival of the Normans brought the building of Porlock's superb Parish Church with its dedication to the Celtic Saint Dubricius, a former Bishop of Llandaff and, legend has it, the man who crowned King Arthur.

The spire of the church is strangely truncated which provides scope for plenty more legends. Some would have it that a giant snapped the top off to provide the tiny church at Culbone with its steeple.

The less superstitious would point to the fact that a great storm in 1760 brought the top of the spire down. Close to the door of the church is an unusual epitaph for a husband and wife who died within a day of each other: "He first departed, she for one day tried to live without him, liked it not and dy'd."

The Church is 13th Century and contains the effigy of one of its builders, Sir Simon Fitzroger in full armour. There is also one of the Knights who fought at Agincourt, Sir John Harington, together with his wife, sculpted in fine alabaster and lying on a table tomb.

For the visitor who enjoys a ramble through the woods then the already mentioned Church at Culbone is worth the two-mile walk from Porlock Weir. St Beuno's Church stands in a quiet valley, next to a stream and is one of the most beautiful spots in the West Country.

Porlock and poets go very much hand in hand. The village is at the end of the Coleridge Way, which winds through the Somerset countryside from the poet's cottage in Nether Stowey.

It should be pointed out that Coleridge's work Kubla Kahn concludes after only 54 lines because "a person from Porlock" famously interrupted him. There are those who would claim that this unwelcome intrusion was the result of Coleridge not settling his bar bill at Porlock's oldest and most famous public house 'the Ship Inn'.

The poet (and later Poet Laureate) Robert Southey also found himself stranded in Porlock at the Ship Inn in 1798 and composed a sonnet dedicated to the village:

"Porlock, thy verdant vale so fair to sight,
Thy lofty hills, which furze and fern embrown,
The waters that roll musically down
Thy woody glens, the traveller with delight
Recalls to memory, and the channel grey,
Circling its surges in thy level bay."

Up until the coming of the internal combustion engine Porlock was the end of the line when it came to travelling in comfort. The infamous 1 in 4 gradient was too difficult a task for horse drawn carriages and so a toll road was built through the Porlock Parks in the 1840s.

It was not initially successful with takings in its first year of only £7, but it gradually developed custom from those wanting to see Exmoor and beyond. Even in the early days of the motorcar the toll road was the preferred route and it wasn't until 1900 that the noted rally driver of the day, SF Edge, won a £50 bet by driving to the top of the hill non-stop.

The first motorcycle to achieve this feat was nine years later and the first charabanc made it in 1916. Porlock celebrates its association with the development of the motor car by having one of the finest motor museums in the West Country right on the high street and proprietor Stephen Johns has a great deal to be proud of!

Heroes of the Lynmouth Lifeboat

The Coxswain, a doughty seafarer by the name of Jack Crocombe proposed that they take the ten-ton lifeboat up the hill from Lynmouth, across Exmoor and then down the infamous Porlock Hill a mere 13 miles.

Over a hundred men and some 18 horses were commandeered, walls were demolished along the way and the seemingly impossible was achieved.

The Lynmouth Lifeboat was launched at Porlock Weir and the crew of the stricken ship were rescued. The lifeboat men arrived home after 41 hours to a hero's welcome.

Wining and dining in Porlock and Porlock Weir today involves the visitor being somewhat spoiled for choice. There are tearooms, cafes, pubs and restaurants to suit every palate and pocket.

For those who might enjoy looking out over the pebble beach to the sea and distant Wales, the window seats at Millers on the Quay at Porlock Weir are difficult to beat. A lunch of Moules Mariniere with frites and a chilled glass of Chablis served in elegant surroundings and at a very reasonable price is always to be appreciated.

Superb fine dining is also to be found at Andrews on the Weir at Porlock Weir whilst for those in search of good pub food the Ship Inn in Porlock is very highly recommended.

Should the visitor merely want something to take away then Clive Down's family butchers in the high street serve the biggest and the best pasties East of the River Tamar!

Porlock and Porlock Weir are the jewels in the crown of the Somerset coast and are worth visiting at any time of year.

As the logo on the souvenir tea towels says: "Porlock it's part of England but in another world!" 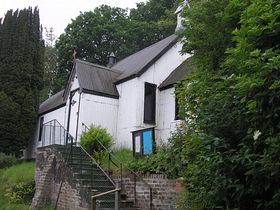 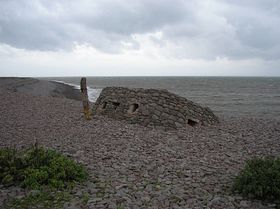 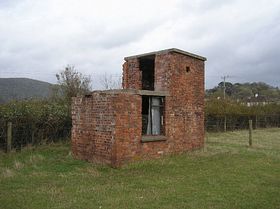 Days Out in Porlock

Places to Visit near Porlock