You are here:  Towns -> Places to Visit in Oxfordshire -> Letcombe Bassett

Things to do in Letcombe Bassett, Oxfordshire 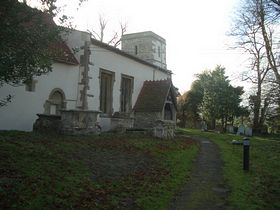 Letcombe Bassett is a pretty little village, arranged around a steep-sided Oxfordshire valley that is the source of the Letcombe Brook.

Historically, the land unit of Letcombe Regis, Letcombe Bassett, East and West Challow began as a single estate, and was divided using the line of the old Roman road running south-west to north-east across the area. The Letcombes were certainly separate by the Domesday survey, and the shared name, originally "Ledecumbe", comes from the "lede in the combe" - "the brook in the valley", an apt description! The Bassett part comes from a Richard Bassett, who held the manor in 1158.

The main road in from Wantage to the north passes through the sister-village of Letcombe Regis, runs briefly between open fields with a tremendous view of the Ridgeway, then plunges down to water level at the Cress Beds. The original ford through the Letcombe Brook is clearly visible, but thankfully there is a proper metalled road now, and the ford is mostly used by the local racing stud for cooling the fetlocks of expensive horses, or for paddling by small children during the brief hot days of summer. A smart wooden bench has been provided by the parish for those who just wish to sit and admire the water, and the occasional heron.

After the ford, the road climbs steeply up again, curving round into the main part of the village. To the right is Whites' Farm House, dating back to Norman times, with lovely and extensive gardens sloping back down to the water-cress beds. This was once a thriving industry, as the springs which rise here provide the pure water necessary for cultivation: "Bassett Cress" as it was called, was famous in it's time, and was sold as far away as Covent Garden. An attempt was made to cultivate it in the latter half of the last century, which explains the strange concrete structures you may have seen back at the ford.

To the left, Gramps Hill leads up away from the Brook, then makes a wide fork, the left-hand branch of which provides vehicular access to the Ridgeway, although a sturdy 4x4 is required to make the full ascent. Better to park the car at the bottom and take a bit of exercise: there are plenty of places to stop and puff on the way up, and the views are certainly spectacular. As you begin the climb, you pass the tiny village hall, formerly the village school: it is now used by the community, and the children have to travel to Wantage for their education.

Continuing the climb out of the fork, on your left you pass The Old Rectory, dating back to the C17th, and having a large thatched barn which dates back to around 1400. In the garden of the Rectory is the mulberry tree under which Dean Swift sat, while writing some of his famous satires.

The Ridgeway itself has been described as "history underfoot" : it starts close to the stone circle at Avebury, almost in sight of Silbury Hill, that mysterious man-made conical mound. It then wends it's way across the chalk downs, through several hill forts, within a few yards of Wayland's Smithy and the White Horse at Uffington, above the villages of Letcombe Bassett and Letcombe Regis, on past Childrey, Challow and Wantage, then out of sight across Oxfordshire to pass Goring, cross the Thames, then finally climb into the deciduous forested depths of the Chiltern Hills above Chinnor, continuing as far up as Tring.

Coming back down to the fork, the right-hand branch curves round to St Michael's Church, cosily located down this cul-de-sac, and opposite a farm. The church, properly St Michael and All Angels, is described as having a 1'th century nave, with a 13th century chancel. The bells are Elizabethan and were cast in 1576 - apparently the only known dated examples of work by William Knight II of Reading still in existence.

It has a tower to the west, and a two-bay southerly nave aisle by Butterfield, which was added in 186' when the church was restored. Restoration continues to this day as, like many elderly buildings, the church is finding that time and damp are doing their best to assist gravity. Luckily there is an active village community, who organise impressively professional fund-raising days, the most regular of which are the annual November Christmas Fair, and the bi-annual Open Gardens Day, at which many of the gardens mentioned here are open to visitors. In addition, there are musical evenings, celebrations of Thomas Hardy, and many other activities, which are envied by other, larger, villages!

To explain the Hardy connection, return to the main road and continue for a short distance. To the right of the road can be seen Arabella's Cottage , made famous in Hardy's Jude the Obscure. This charming thatched cottage sits on the second of two lakes forming the beginning of the Letcombe Brook - the first one can be seen through the trees to the left. In winter, the many springs that feed the brook can be clearly seen as round clear patches on the bottom of the shallow lake: the upwelling water pushes the weed out of the way. Like all of Letcombe Bassett, the house is privately owned, but the owners generously participate in the Open Gardens Day, and are happy to tell visitors about the history of the cottage, and the intricacies of a garden of which a third is water, and half of the remainder is at a 1-in-1 slope!

Opposite the lake is "The Yew Tree", popularly rumoured to be the former village pub (no-one seems to know for sure!) and now home to a very exclusive designer-maker of contemporary furniture. Continuing on through the village, the road passes a terrace of what were originally workers' cottages, then runs steeply uphill again, out of the village, with another chance to admire the sweeping views of the Ridgeway. The road runs into a crossroads, and to your right can be seen the remains of the ancient Roman road which quite obviously used to continue the line of the B4001 from Lambourn straight into Wantage.

One of the best ways to appreciate Letcombe Bassett is to stay either in Wantage or in Letcombe Regis (the Greyhound pub offers accommodation) and to walk around and through the village, up to the Ridgeway, and to admire it from above 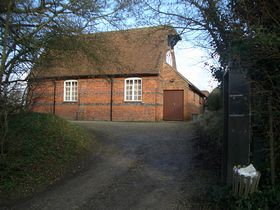 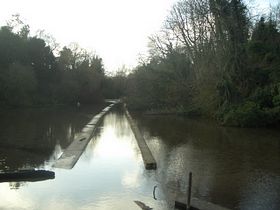 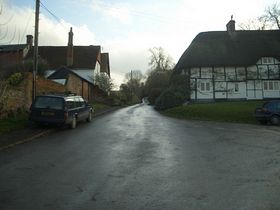 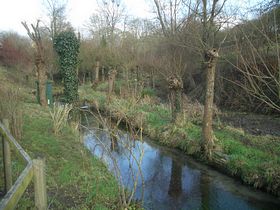 Days Out in Letcombe Bassett

Places to Visit near Letcombe Bassett