You are here:  Towns -> Places to Visit in Oxfordshire -> Letcombe Regis

Things to do in Letcombe Regis, Oxfordshire 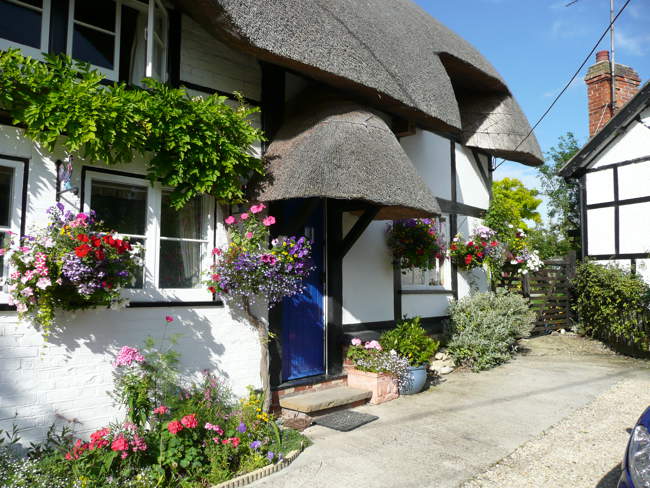 Letcombe Regis is a small Oxfordshire village, based along the sides of the Letcombe Brook which meanders through from Letcombe Bassett to Wantage just two miles away, and then on to join the Thames. It is set in prime horse racing country, so horses are a common sight on the narrow, twisty lanes.

Letcombe Regis existed as a village in the Domesday survey of 1086, and the shared name, originally "Ledecumbe", comes from the "lede in the combe" - "the brook in the valley", an apt description! 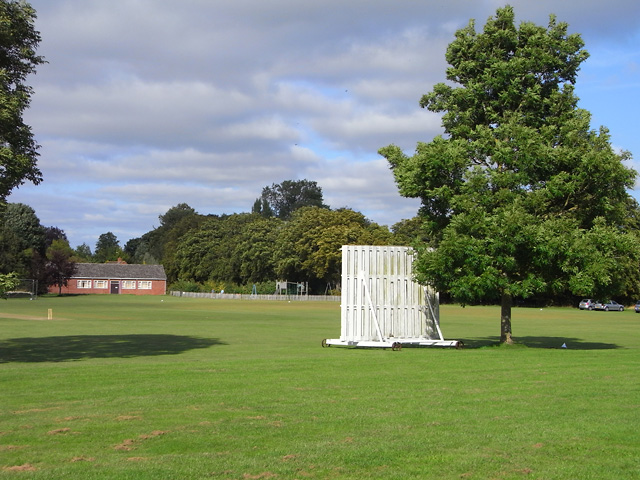 On the other hand, there is apparently an old legend which says the name stems from a battle in the area between Danes and Saxons, when the enemy's blood ran down the valley and the villagers shouted, "Let it come! Let it come!"... this story is unsubstantiated, but amusing.

The Regis part shows that the manor house was originally a royal one. There are no royal connections any more, although the village currently has no less than three manors. The Old Manor is a late Georgian building, which stands on the site of a medieval hunting lodge.

There is also Antswick Manor, a largely Victorian building erected by the interestingly-named "Boss" Croker; and finally the more recent building formerly housing the Letcombe Laboratory, a commercial enterprise, now defunct, and being rapidly replaced by Richmond Villages a company that builds and runs retirement villages in the UK. 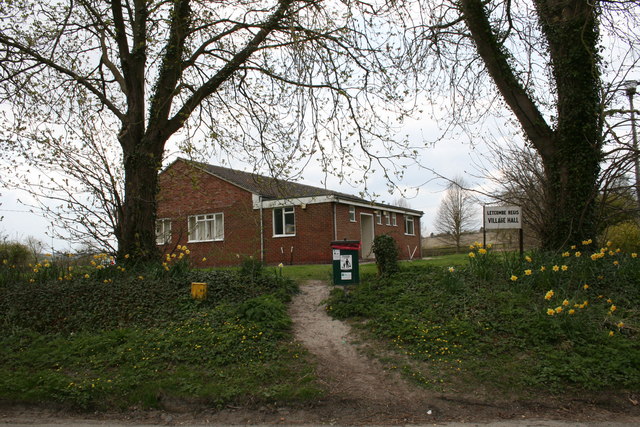 A gentle stroll around this largely level village is best started from the Village Hall car park on Bassett Road, to the south of the village. The Letcombe Brook runs towards us through open fields, dropping in level several times, before emptying into the first of the Regis lakes, situated in the old Laboratory site. Maps indicate that there is a waterfall, which has not been viewable for many years: however, the recent development of the site gives hope that access may one day be possible.

To the right are a group of charming cottages, the newer of the village's two cemeteries, and a footpath that leads through the old laboratory site. 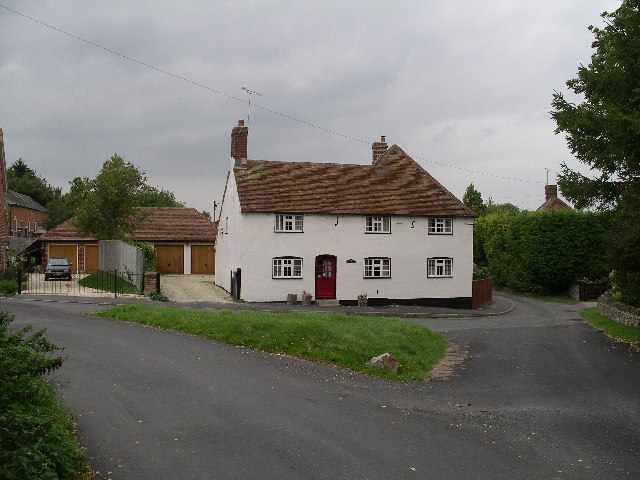 The Sparrow at Letcombe Regis

Turning left out of the Village Hall, follow Bassett Road as it turns sharply right, going around the other, older, cemetery, and crossing the Letcombe Brook. To the right is the old Schoolhouse, which closed in the late 1990s and is now private residences. Next comes the impressively situated church: the raised bank is a wonderful sight in spring, when it is covered in daffodils.

The Church, St Andrew's, is a 15th century building with a massive 13th century tower, and some remnants of 14th century stained glass. There is an obelisk in the churchyard, which stands as a memorial to a Maori chief, George King Hipango, who died of tuberculosis at the vicarage whilst training to be a Christian missionary. He was only nineteen. 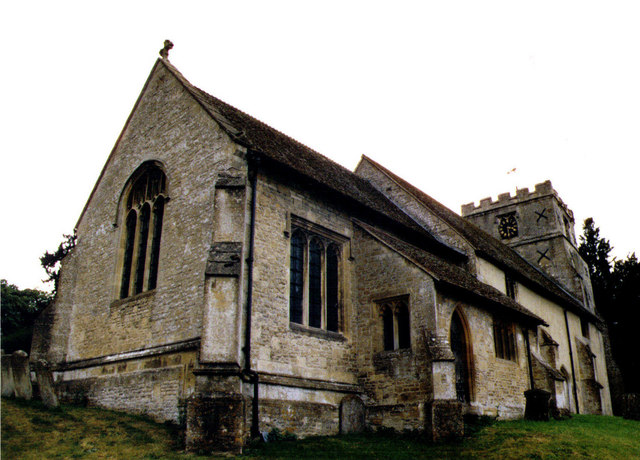 The church stands on a crossroads: straight on, the road leads up to the Ridgeway and the impressive Iron Age hill fort, known both as Letcombe Castle and as Segsbury Camp. Bearing left, the road becomes the main road through the village.

After two lovely chocolate-box thatched cottages on the right, you will be confronted by a run of what are possibly the ugliest houses in Oxfordshire: an essay in angular red brick. If you find these mildly distressing, take the small turning opposite, and admire the equally terrible square, flat-roofed blocks of flats, and give thanks that the seventies are gone for ever. 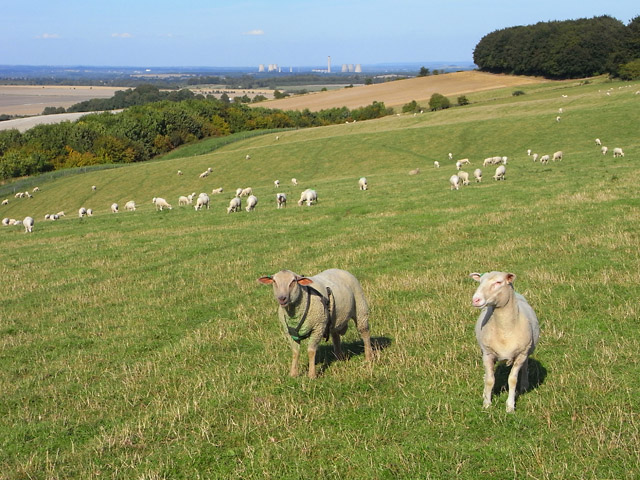 Returning to the main road, a notable building in the village is the Greyhound Inn, with its unusual early 19th century brickwork using black glazed headers. From its steps, the Riot Act was read in the late 1900s, apparently for the last time in England, after the villagers burnt an effigy of the somewhat unpopular owner of Antswick manor.

At other times there have been more pubs. The Sparrow is now a private house, the former landlords having moved to The Hatchet in Childrey and there is a reference to a "Prancing Pony" in the early 2000s, but this may have been an alternative name for the Sparrow.

Up until at least 1960 the village had a post office but alas, like so many smaller villages, these facilities have now been lost forever. 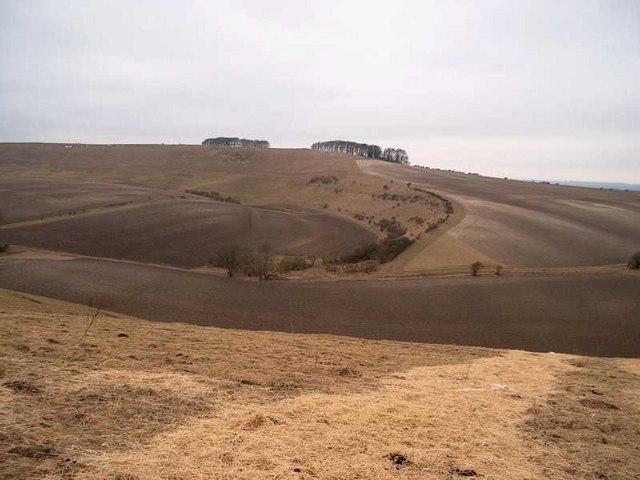 As you walk past the Greyhound, and on to the sharp right-hand bend, the houses to your left hide a secret, the Letcombe Brook runs along the ends of their gardens, and in several places has been widened to form lakes. Some of these are open to the public during the biennial Open Gardens day, which occurs on even years, taking turns with Letcombe Bassett's Open Gardens, which open on odd years.

At the next sharp bend there is a junction the turning to the right, Court Hill, leads steeply uphill and on to another section of the Ridgeway. Formerly there was a Youth Hostel at the top of the hill, but in the mid 2000s this was closed, and the buildings were used as tea-rooms.

Straight on at the junction is a short road, which peters out into a footpath leading a mile and a half across the fields to Wantage. It is quite clear on a map that this is an ancient track, and no-one quite knows why it never became the road to Wantage! 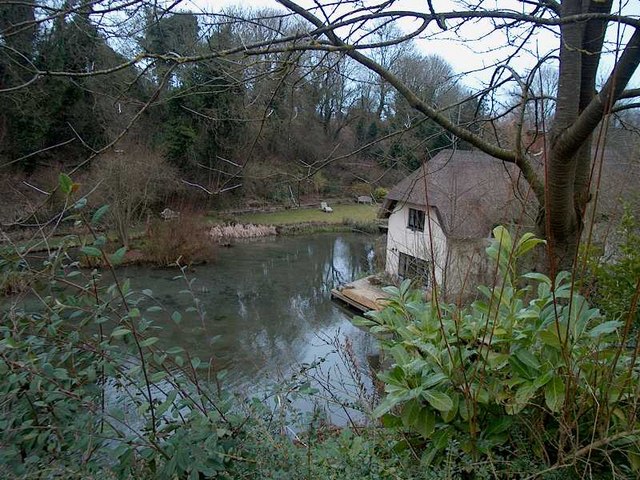 Turning left at the junction, the road leads out of the village, with another crossing of the Letcombe Brook, this time a rather more decorative one, with a sturdy stone-edged bridge. On the left is the mill house; while on the right is Brook Barn, with a much-improved section of the Letcombe Brook visible from the bridge. To the left behind the mill house is one of the four racing stables in the village, Antswick Stud.

If you have some puff left, continue walking over the bridge, and instead of following the main road round another sharp turn to the right, walk straight on and up the steep lane. After a while, there is a beaten earth track on the left: this is the remains of the old roman road, which used to lead to Wantage from Lambourn. Follow this track as it leads around the village at some height, giving good views across the valley. There are three footpaths leading back down to the village; the second one brings you out on the Bassett Road, near to the Village Hall, via the newer cemetery.

One of the best ways to appreciate Letcombe Regis is to stay in the village (the Greyhound Pub offers accommodation, and Brook Barn supplies up-market b&b) and to walk around and through the village, on to Letcombe Bassett, up to the Ridgeway, to admire it from above.

Days Out in Letcombe Regis

Places to Visit near Letcombe Regis