You are here:  Towns -> Places to Visit in Hampshire -> Kings Somborne

Things to do in Kings Somborne, Hampshire 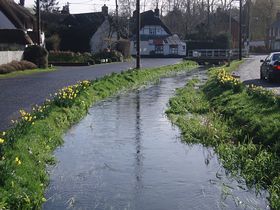 King's Somborne is a pretty and peaceful village nestling in the Test Valley three miles to the south of Stockbridge in Hampshire. It is recorded in the Doomsday Book, where its name was Somborne Regis. Between the village itself and the River Test, about 1 mile away, is the John of Gaunt Deer Park where John of Gaunt, the Duke of Lancaster and brother of the Black Prince, had a palace and regularly hunted in the 14th century.

The Somborne stream runs alongside Winchester Road as it wends it way lazily through the village to the main river a mile to the west, where there was once a Roman river crossing. Of course, the River Test and the local John o'Gaunt lakes provide the visiting fisherman with some of the best trout fishing in the country. Take a stroll north along the Test Way to the neighbouring village of Stockbridge or a slightly longer walk south to the National Trust's Mottisfont Abbey to appreciate the charms of the river, the wildlife and surrounding countryside.

The village itself is a starting point for numerous on and off road cycling routes as well as circular walks on well managed footpaths. The ancient Clarendon Way traverses the Test valley at King's Somborne on its way from Salisbury to the west and Winchester to the east.

King's Somborne is embracing the changes the 21st century brings with a mix of new and old houses, many built of brick and flint and thatch making a stroll along Old Vicarage Lane, Winchester Road and Romsey Road a walk back in time. Some houses even survive from the 15th century with one example at least of building with cruck beams.

The Church is well worth a visit, sitting as it does next to the village green with its war memorial and opposite the village pub, The Crown, and the iconic 'top hat' yew tree that is one of the most photographed trees in Hampshire.

For those wishing to find out more about this part of Hampshire there is no better place to begin than to park at the pub and explore King's Somborne. 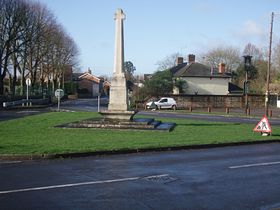 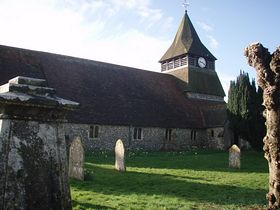 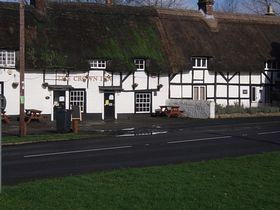 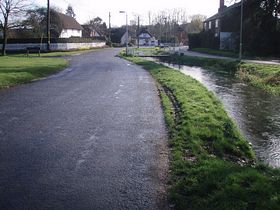 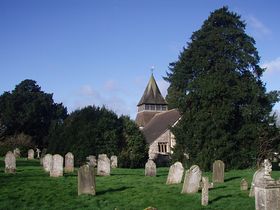 Days Out in Kings Somborne

Places to Visit near Kings Somborne