Winter is one of the most spectaular seasons in Britain - especially if you're walking in the remote mountains of the Scottish Highlands or Welsh mountains.

Even in our towns and cities a layer of snow can turn the urban landscape into a magical scene! 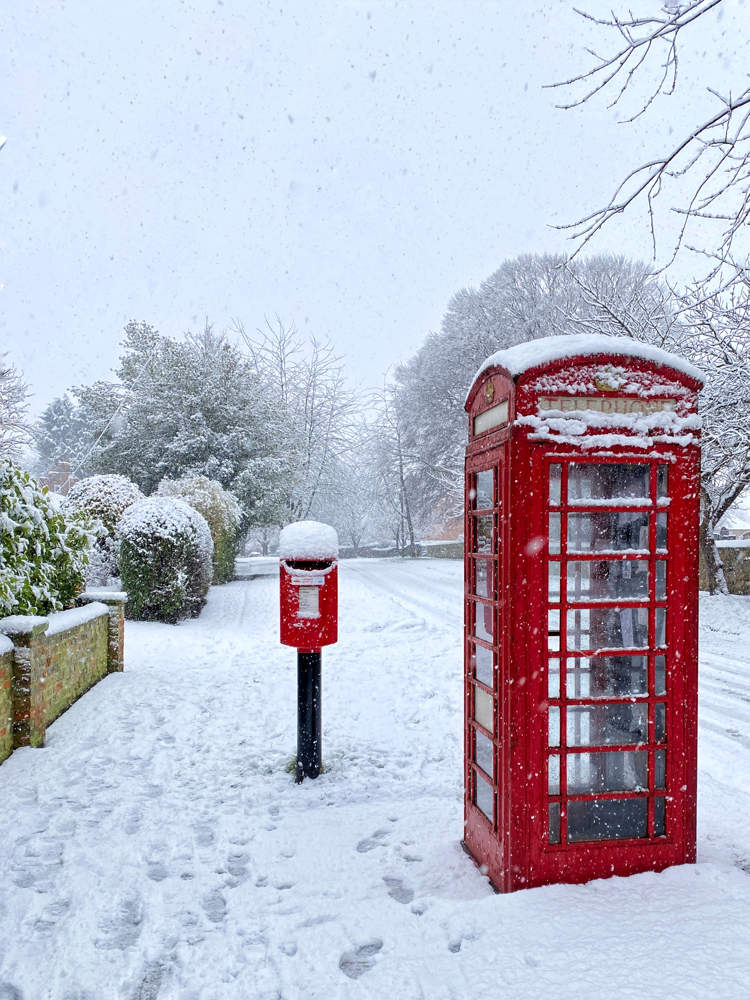 The iconic cast-iron red telephone box was designed in 1924 - it was the winning entry in a Post Office competition, and the designer was Sir Giles Gilbert Scott. Around 2,000 red telephone boxes across the UK have been listed, so they will be around for many years to come. 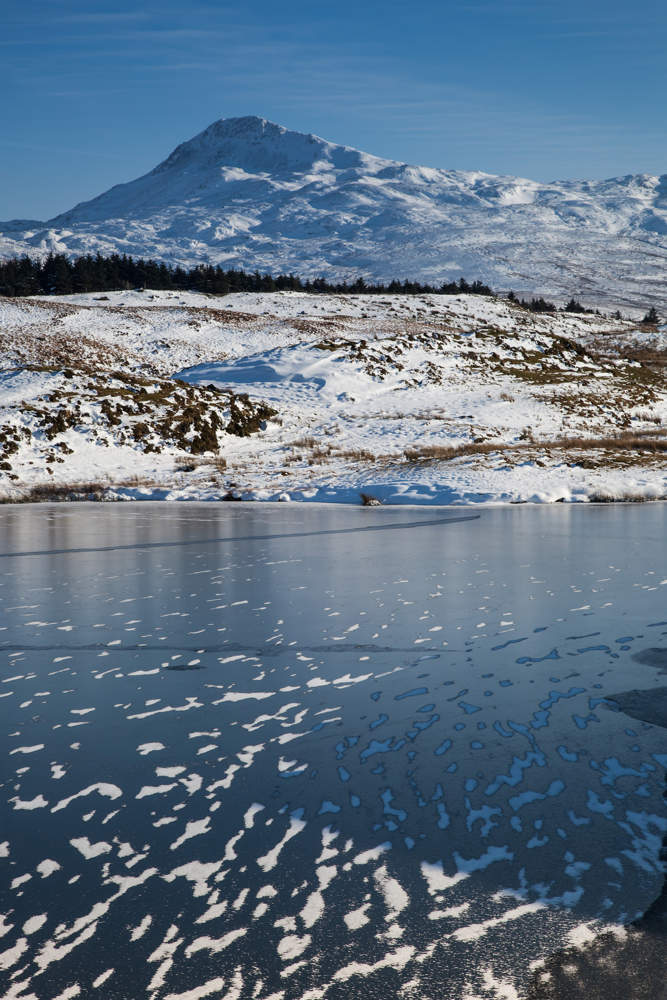 It is actually a ridge which is about five miles long with four main peaks, two of which are Munros in their own right. 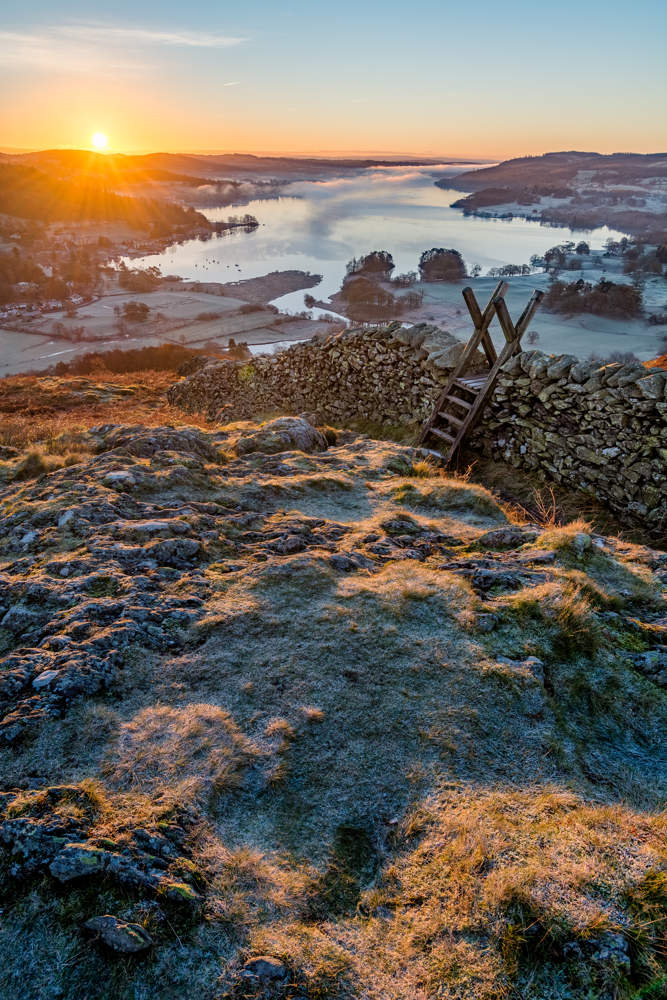 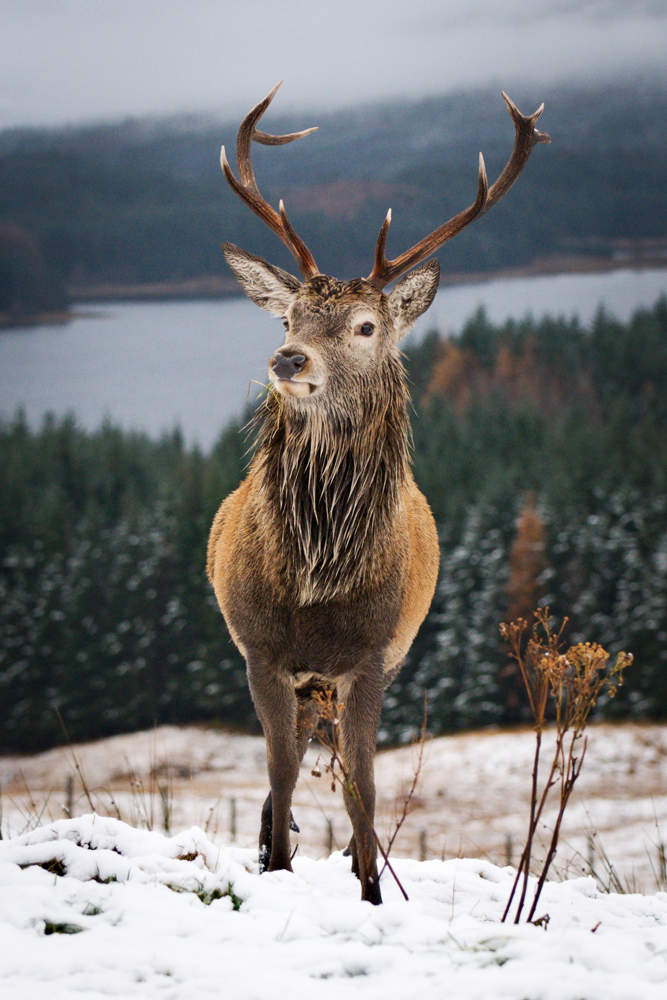 Winter is the best time of year to spot red deer in the Loch Lomond and The Trossachs National Park. They come down to lower levels in the glens for protection from the bitter cold of the snowy mountain tops, and to find food. 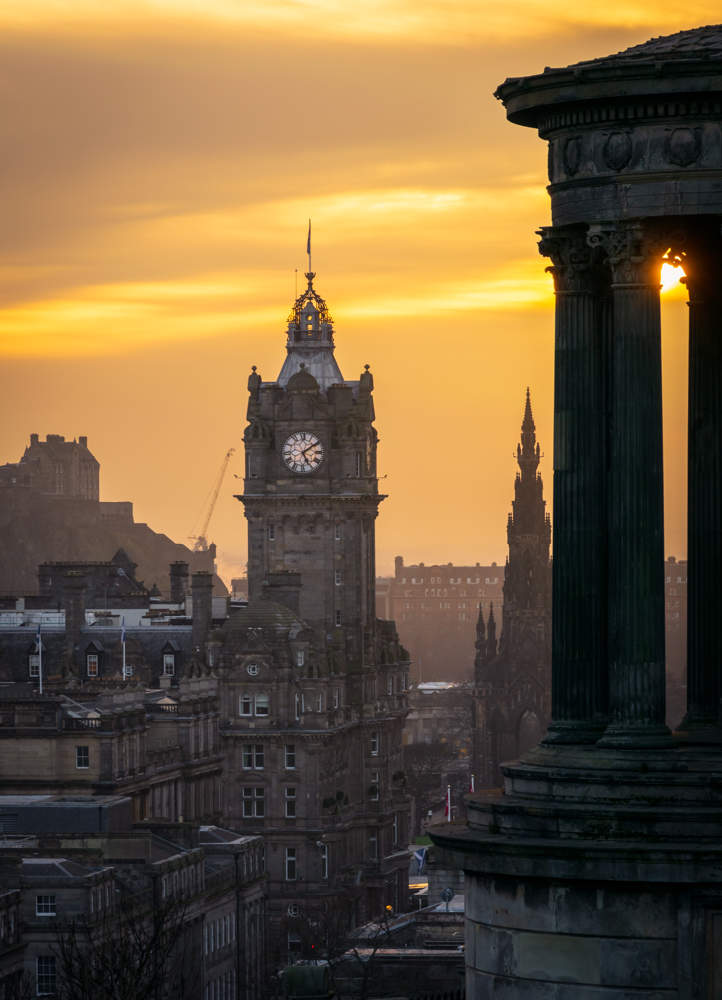 This is the view from Calton Hill, looking down Princes Street. The clock tower belongs to the 5-star Balmoral Hotel, and the pointed building in the distance is the Scott Monument, dedicated to the writer Sir Walter Scott. 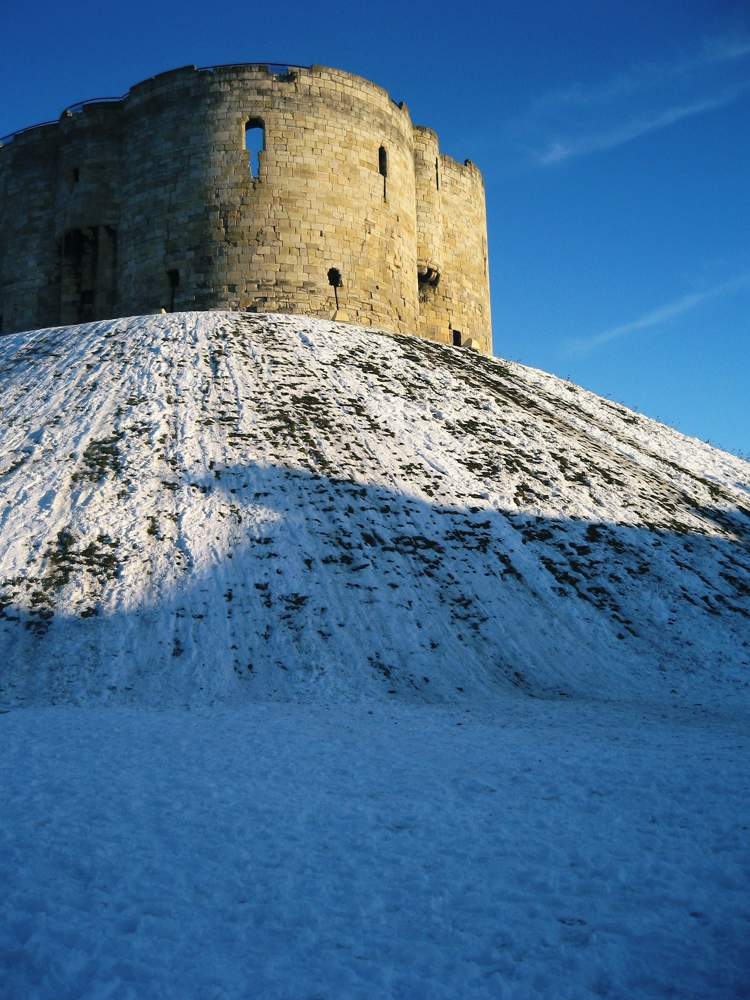 Clifford's Tower is the keep of the Norman motte and bailey York Castle, which was built in 1086. The stone tower walls you can see today were constructed in 1270, after four previous (less robust) towers were destroyed. 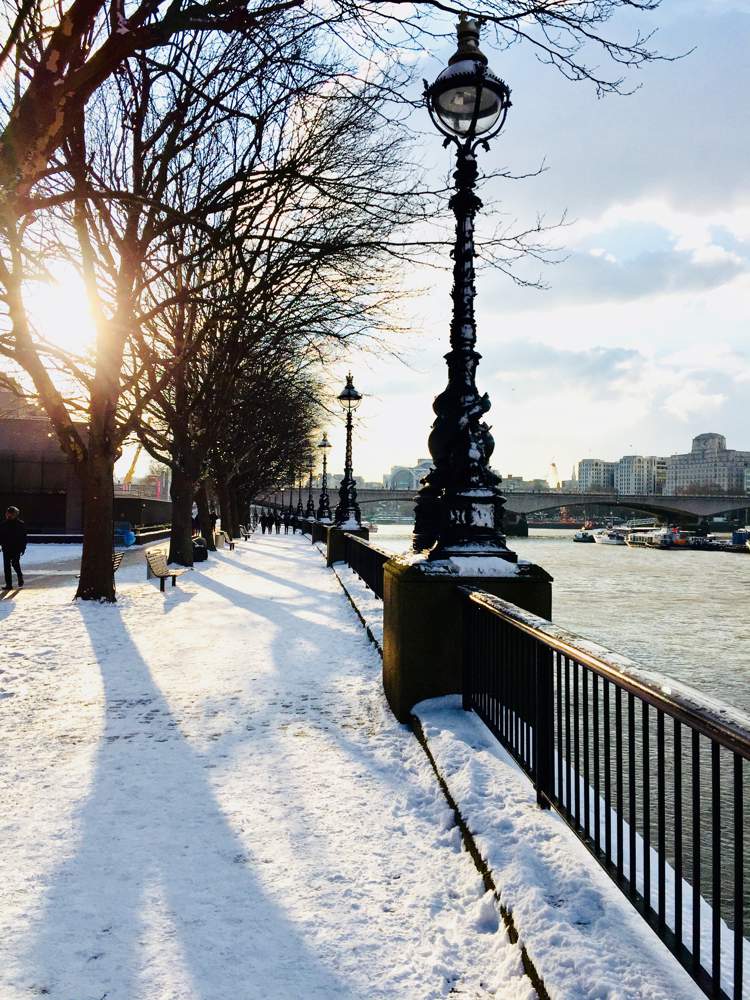 Snow on the South Bank by the River Thames in London, near Southwark © cheekylorns - stock.adobe.com

The South Bank is an area of London by the side of the River Thames, with a tree-lined walkway by the river, called the Queens Promenade. There is an entertainment complex of theatres and galleries (the SouthBank Centre) and lots of interesting shops and restaurants. 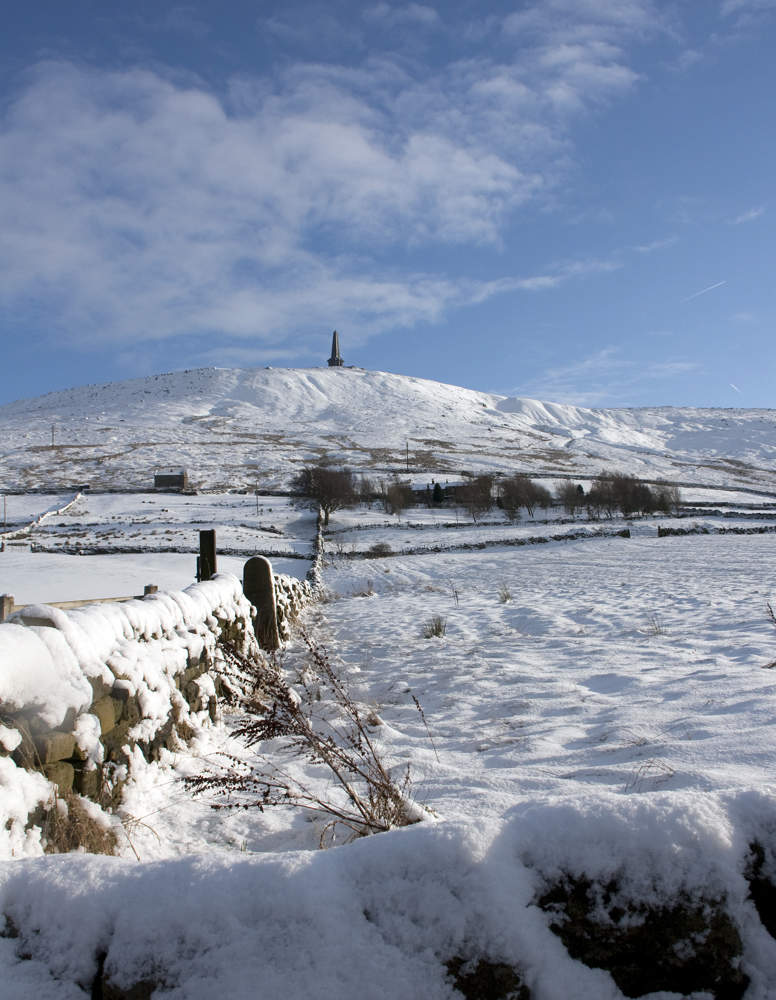 It's a long way to the top of the Stoodley Pike Monument - first you have to climb Stoodly Pike Hill which is 1,300 feet high, and then you need to climb 39 steps inside the monument (another 40 feet) to the balcony at the top. Lots of climbing but well worth it for the fantastic views!

The monument is a peace monument that was built to commemorate the Battle of Waterloo. You will pass it if you are walking the Pennine Way. 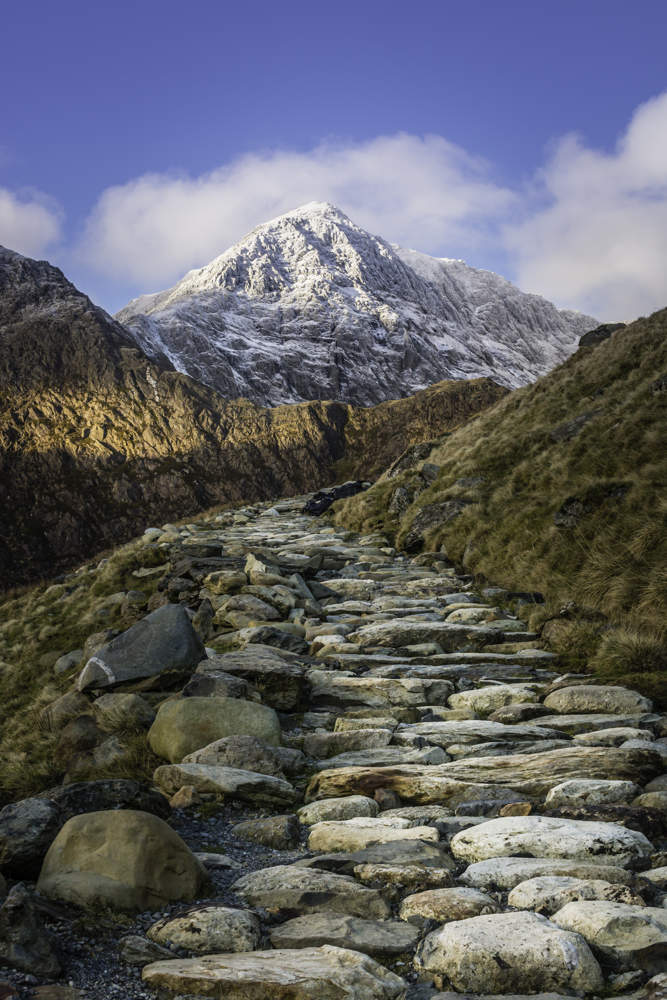 The miner's track is one of the six main routes to the top of Snowdon (Yr Wyddfa). It was originally built to serve the Britannia Copper Mine, which closed in 1916.

The beginning of the route is fairly easy with a wide path, but once you reach the ruins of the old copper mine the path becomes more arduous and steep all the way to the top! 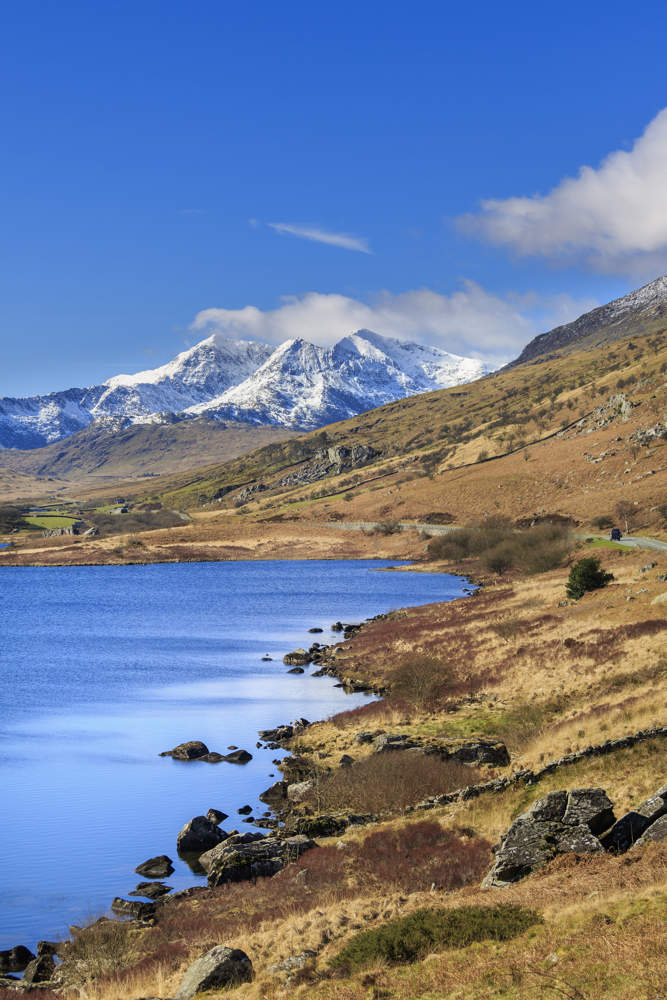 Every year more than 500,000 people climb to the top of Mount Snowdon - did you know there's an easier way to the top? The Snowdon Mountain Railway (said to be one of the most scenic railways in the world) has been winching people to the top since 1896. 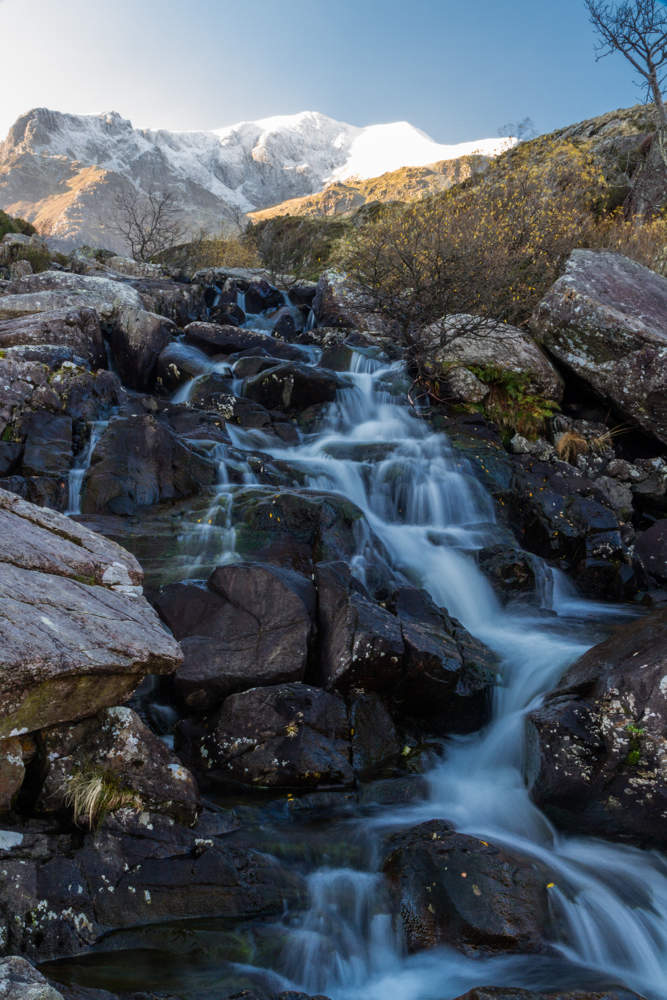 Glyder Fawr is the fifth highest moutain in Wales, and has several routes which allow dedicated walkers to reach the top.

The name is said to be from the welsh word Gludair which means "heap of stones". Any guesses as to what you'll find at the top of this mountain? 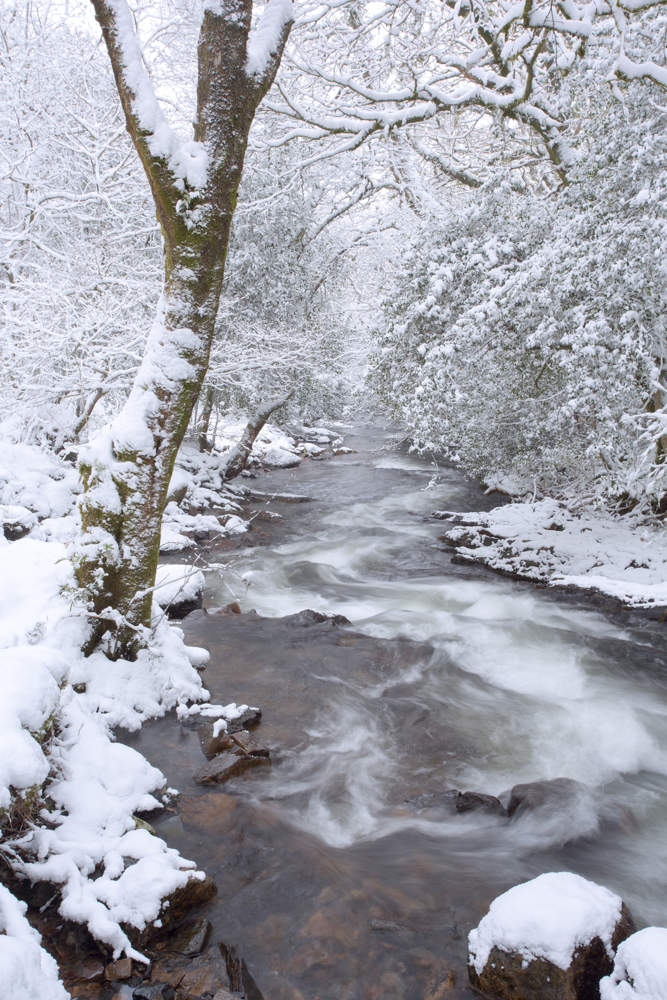 The River Okement is formed in Okehampton from two separate rivers - the East Okement River and the West Okement River. Once they unite in the town centre, they flow downhill away from the high ground of Dartmoor to evetually reach the sea. 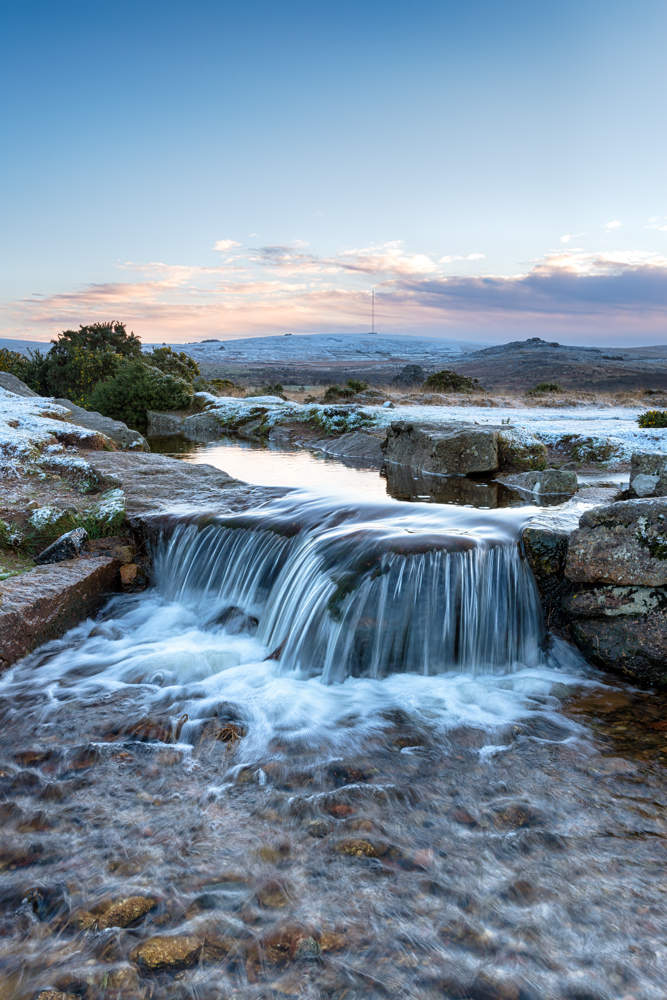 Not sure we'd advise dipping your toes in this icy waterfall in the Dartmoor National Park! It makes a lovely view though... 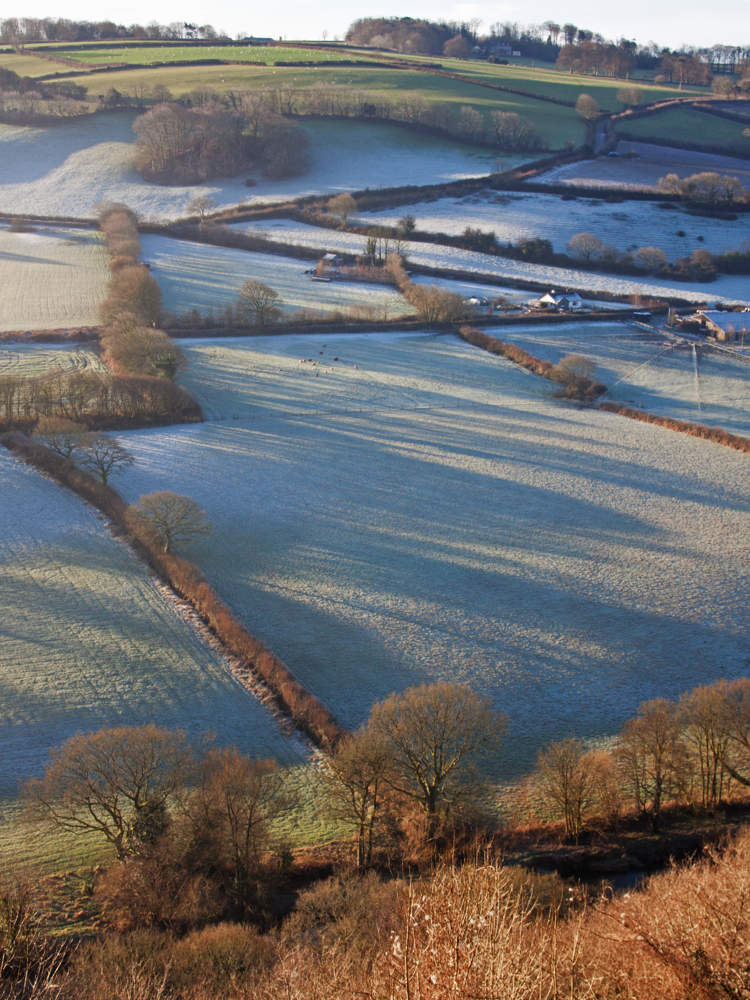 You can follow in the paw prints of Tarka the Otter when you explore the lush landscape of the Torridge Valley in North Devon. 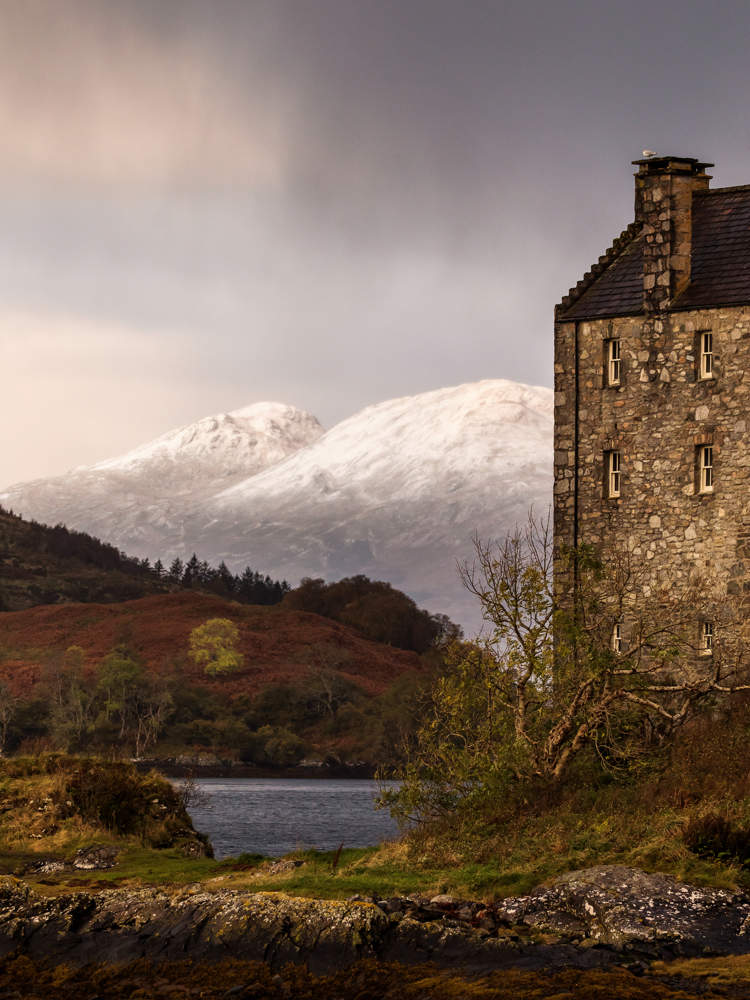 Eilean Donan Castle is said to one of the most photographed castles in the world - and you can see why. Its remote location makes for a stunning backdrop - deep blue loch, snow covered mountains and heather-covered hills. This photo has it all in one shot! 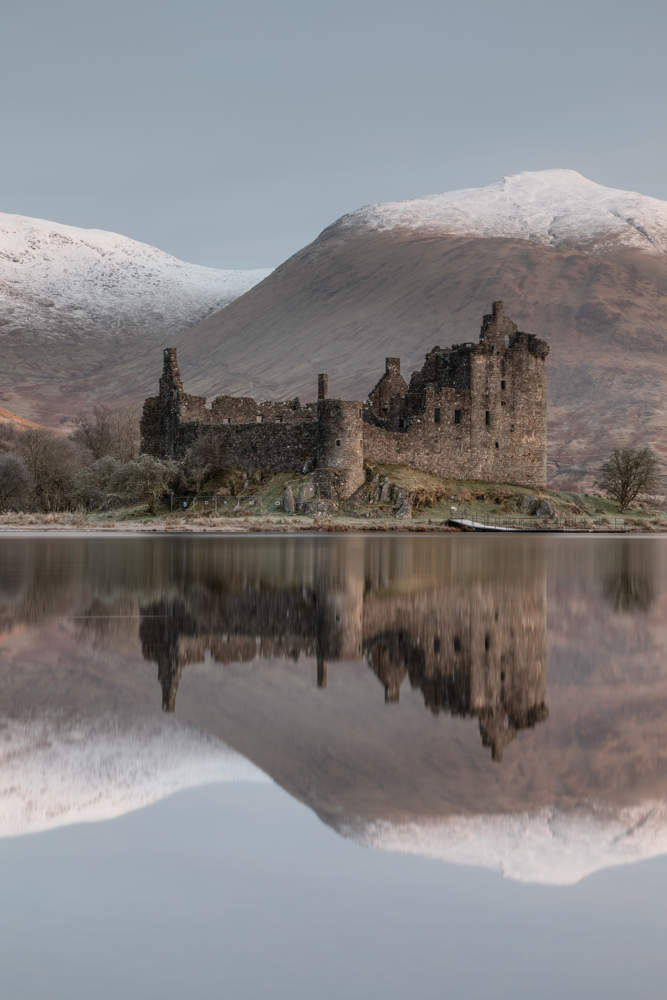 This is a fantastic shot of the desolate beauty of abandoned fortress Kilchurn Castle, reflected in the still waters of Loch Awe, in Argyll and Bute, Scotland. 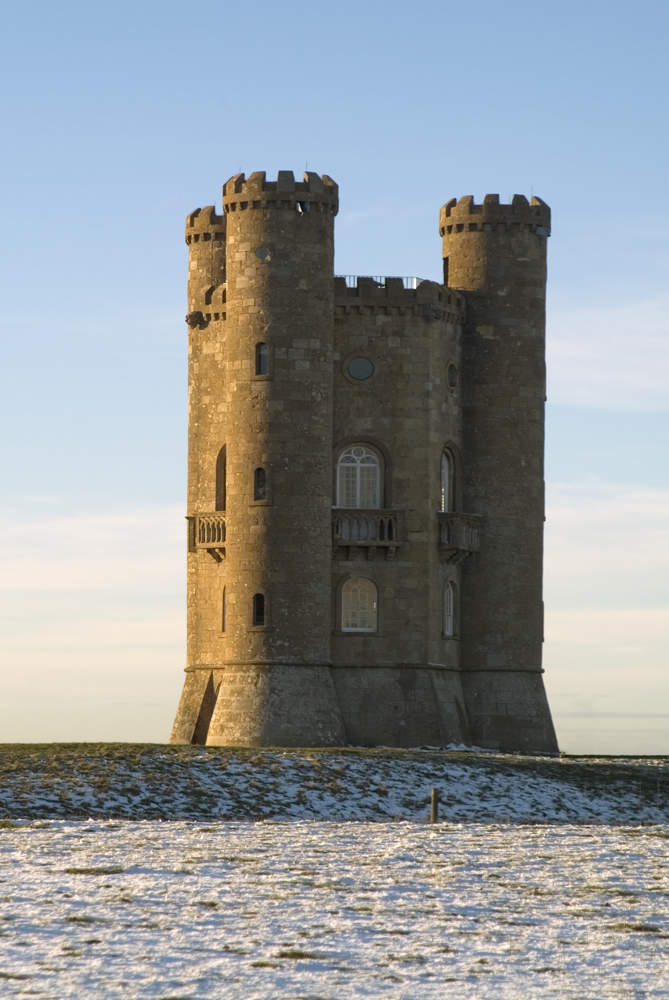 Broadway Tower was said to have been built in 1789 as an experiment for Lady Coventry, who wondered if it would be possible to see a beacon lit on the tower from her home (Croome Court) in Worcester, which was 22 miles away. The experiment was a success and the beacon was clearly visible!

Since then the tower has had many uses including housing a printing press, an artist's hideaway, a Cold War bunker and nuclear fallout monitoring station, and its current use as a tourist attraction. 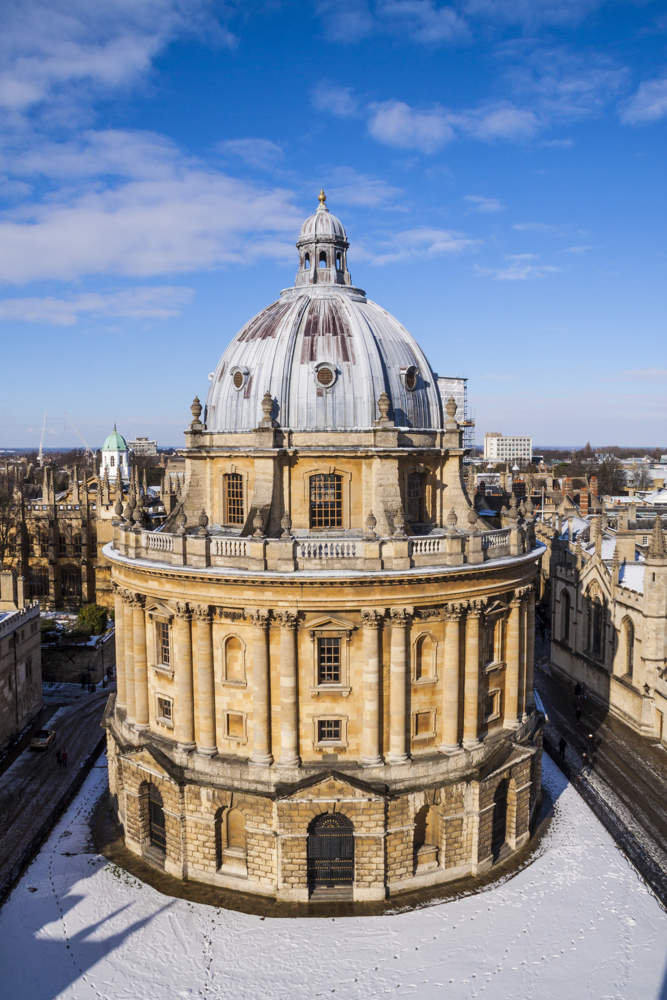 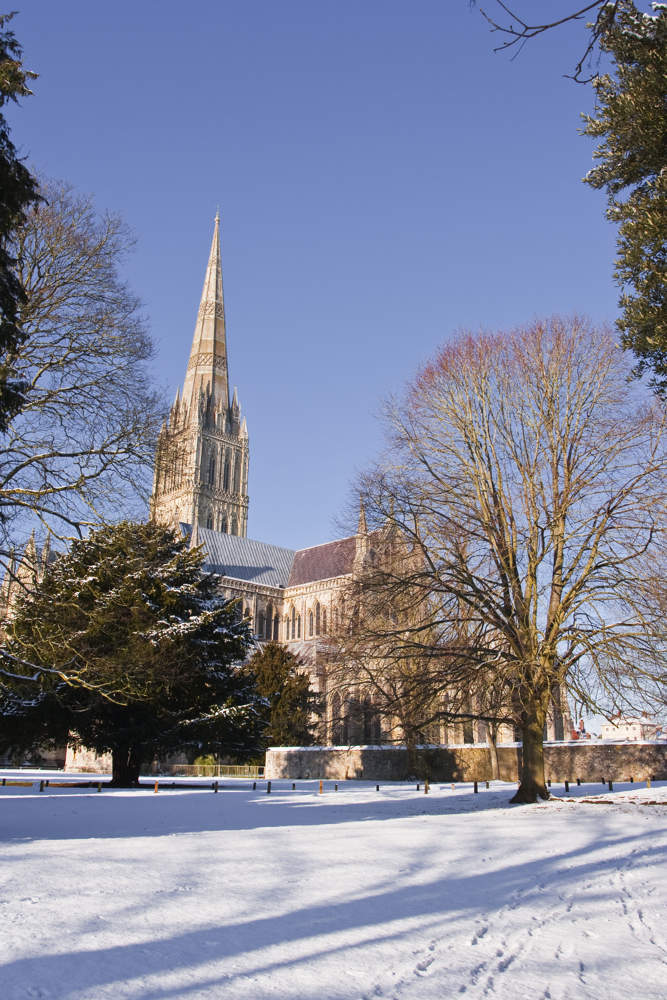 There are 332 steps to the top of this spire, which will take you 68 metres above ground. It's worth the effort though, for the fantastic views of Salisbury and the surrounding countryside. You even get a birds-eye view of the inside of the cathedral as you climb up. 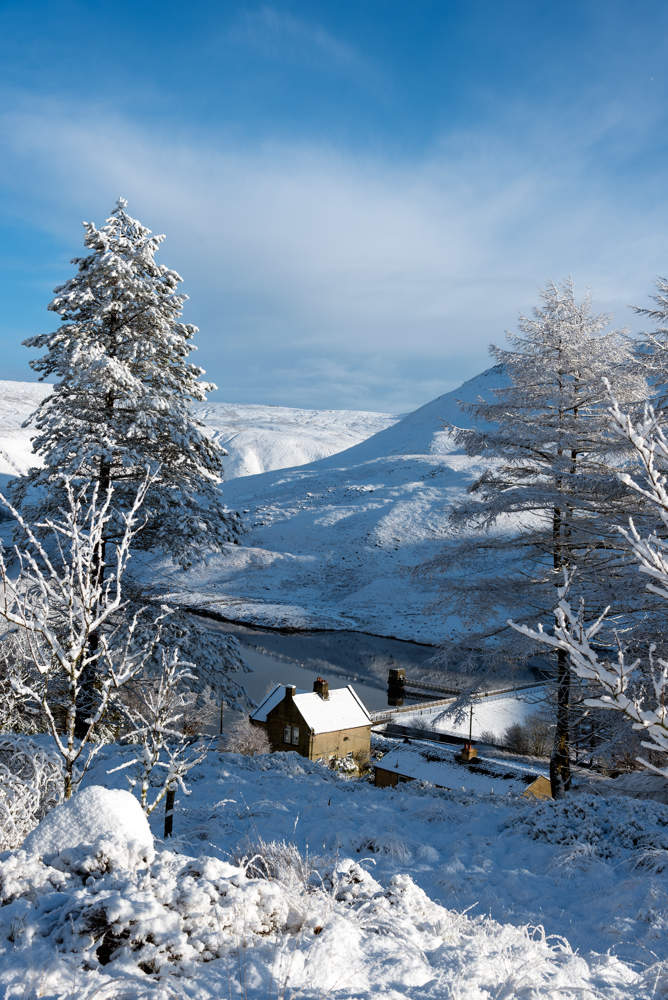 This picture postcard scene of a sunny winter's day in the Peak District shows winter in Britain at its best. 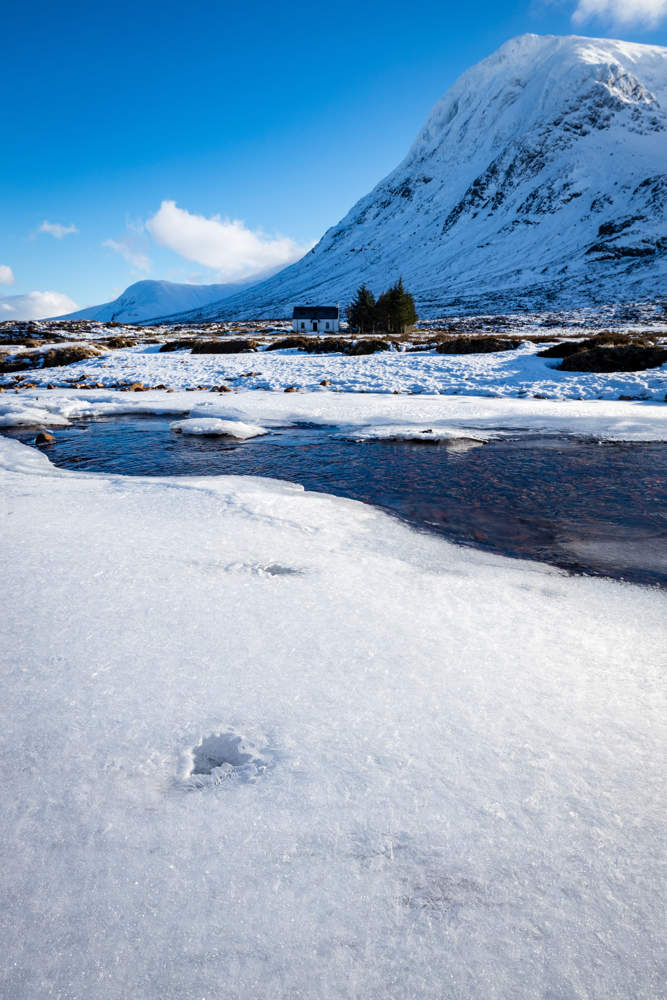 This cozy looking cottage is just at the entrance to Glencoe in the Highlands of Scotland. It benefits from stunning scenery all year round, but we think Winter is the most dramatic and beautiful season here. 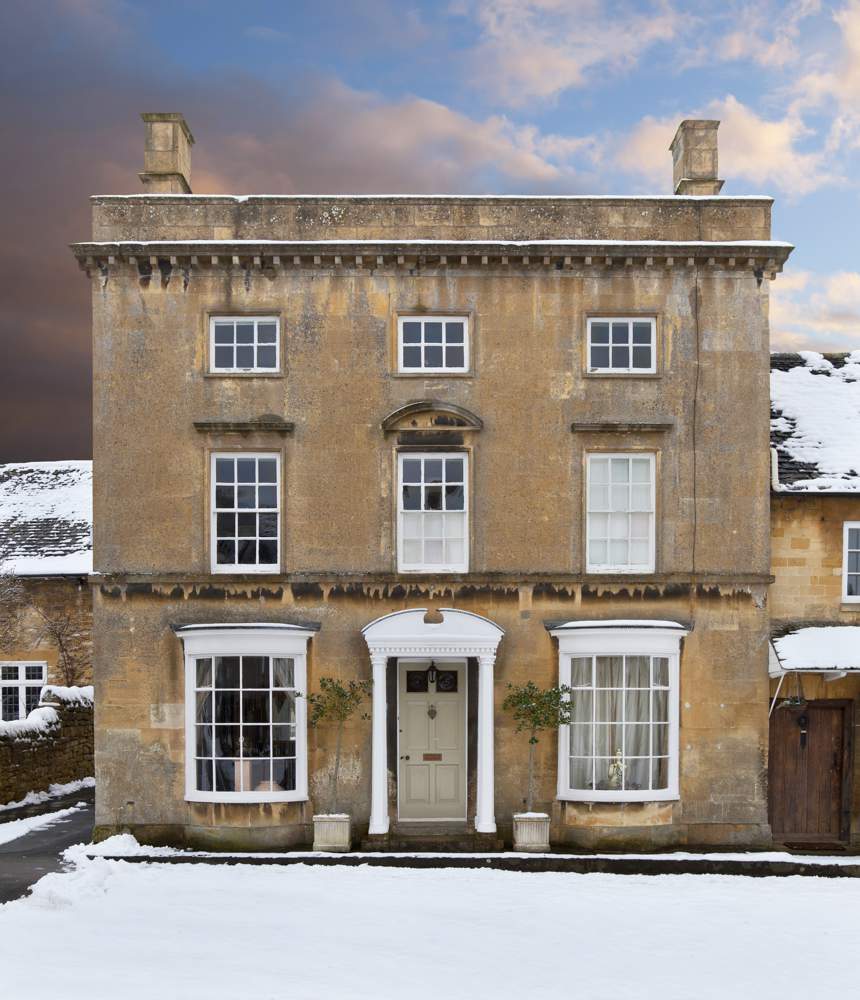 The distinctive cotswold stone this house is made from is yellow Oolitic Jurassic Limestone which was formed in the Cotswold area around 200 million years ago. This type of stone is said to be rich in fossils so keep an eye out for them next time you're wandering round the Cotswold villages admiring the stone houses. 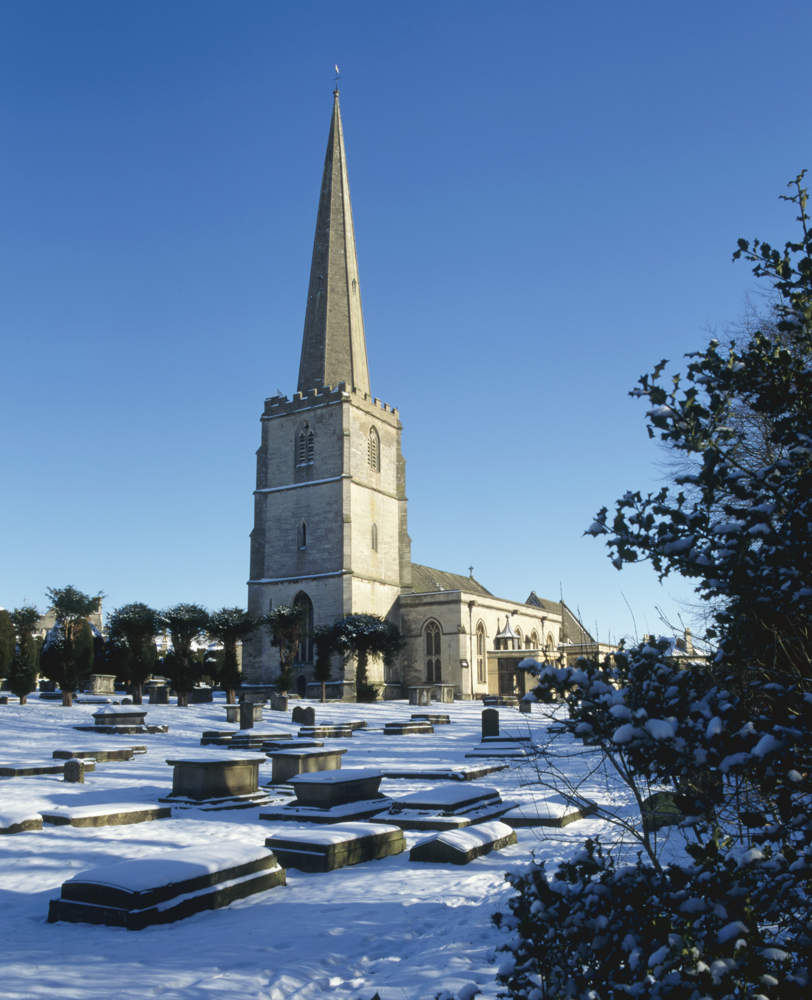 Painswick's magnificent Church of St Mary the Virgin was built with the proceeds from the wool production and weaving in the town. The churchyard is famous for the 99 yew trees which grow there! 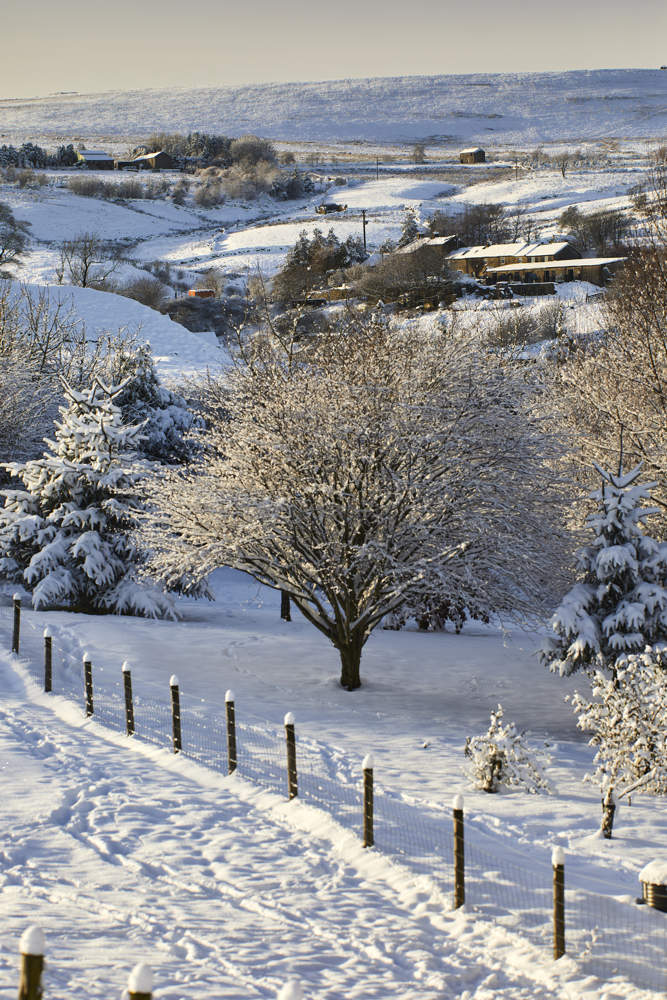 The Yorkshire Dales National Park is a region of contrasts - from tranquil rolling hills and dales (like in this picture) to bleak windswept hills and expansive heather covered moorland. You'll find magnificent views all around and endless wonderful walks and driving tours to try.