You are here:  Towns -> Places to Visit in Derbyshire -> Derby

Derby is a busy industrial city, home of the famous Royal Crown Derby Porcelain. Derby lies on the west bank of the River Derwent close to its junction with the Trent. Set in the beautiful rolling countryside of Derbyshire, it is an ideal centre for touring the area, exploring the Derbyshire Dales and the Peak District National Park.

In the early 1700's England's first silk mill was established in Derby, fine silk was produced here and was famous throughout Europe. The city's finest 18th century houses still remain from this period.

Derby Cathedral - The Medieval Tower is 212 feet high, the second highest in England; its bells are rung regularly and are the oldest ring of ten bells in the world. James Gibbs designed the superb early 18th century classical gold and white nave. Interesting features are the wrought iron screen by Robert Bakewell, Bess of Hardwick's elaborate memorial and St. Katherine's Chapel.

Derby Museum and Art Gallery - The Museum has a new gallery dedicated to the craft of ceramics, also features on Natural History, Egyptian Mummies and Military history. In the section devoted to the town's history, you will see the Bonny Prince Charlie Room, with wood panelling taken from Exeter House where the Prince lodged in 1745.

The Art Gallery has a collection on the work of the local artist Joseph Wright, or Wright of Derby as he is often called.

Pickford's House - This is one of Derby's fine Georgian Town Houses, built by a local designer Joseph Pickford in 1770. In the beautifully decorated rooms, you will find recreations of Georgian domestic life and historic costume displays.

Royal Crown Derby Visitor Centre - Take a mid-week tour of the factory, to see the skills of experienced crafts workers as they create lavishly decorated china. Visit the Factory Shop to pick up a treasure, at a bargain price.

Pride Park Football Stadium - Tours behind the scenes of the home ground, of Derby's premier league football team, fondly known as the "Rams"

Derby Arboretum - Situated in the city centre is Britain's first public park, this unique site is home to over 1,000 trees.

Shop in a traditional department store established in 1864, or one of the well known High Street names in the modern indoor shopping centre, explore the Victorian Market hall, and the colourful crafters market.

For sports activities try Derby Superbowl's 10 pin bowling, or Rollerworld and the Storm Centre for basketball, rollerblading and skateboarding. There is Golf, Cricket and Football, Sports and Leisure centres all offering fun and fitness.

Derby offers cuisine from around the world, with the choice of English and specialist restaurants, coffee and tea shops, Pubs and Hotels.

Evening entertainment in the city can vary from a visit to one of the cinemas or theatres, to live music in one of the many wine bars and clubs. 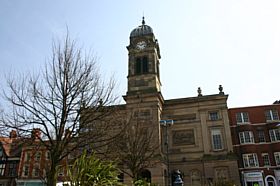 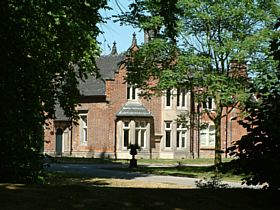 Days Out in Derby

Places to Visit near Derby