You are here:  Towns -> Places to Visit in Essex -> Finchingfield

Things to do in Finchingfield, Essex 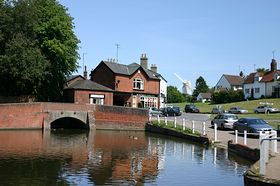 The area is mainly rural and has been inhabited since records began. The Domesday Book, which was written in Latin, records the village as Phincingfelda but there is much older evidence of a Roman villa just south of the churchyard.

The village was once an important changing place for horse-drawn coaches on the main route from London to Norwich.

Spains Hall would have been the main hub of the community when it was built in the early 15th century. This beautiful Elizabethan country house owned many of the village cottages and employed most of the villagers.

In more recent times nearby Wethersfield was the site of a US air base and is now a National Police Training Centre. Many visitors to Finchingfield are former members of the USAF.

The village currently has about 1350 inhabitants who are kept busy with many local societies and clubs. There is a horticultural society, a local cricket club, a branch of the Royal British Legion and the Finchingfield Society which all make good use of the village hall. Locals also meet and fly their radio-controlled planes on the local sportsfield.

The guildhall is the oldest building in Finchingfield and houses a library and a small museum. The village also has an excellent antiques centre and several tea rooms and cafes.

The Mediaeval and Georgian cottages are arranged along the winding country lanes. The village centre has a sizeable duck pond and a village green. There are three charming pubs, a post office, general store, a health centre and a primary school. Visitors can even buy a copy of the newsy parish magazine, the Villager, from the local post office.

The main village pub is the Fox on the Green. The Red Lion is known for its food and real ales and the Three Tuns is a local venue opposite the doctor's surgery.

St John the Baptist Church is at the highest point, looking down the main street of the village. Surrounded by an old cemetery, the church has a square clock tower and a crenellated roofline. It has a ring of eight bells including a 15cwt tenor bell.

Things to do in Finchingfield

Walk through the village exploring the shops and gardens along the way and continue on to see the old post windmill. Further along the village you will come to Honeypot Cottage which collectors of Lilliput Lane cottages will recognize as a favourite model!

The nearby villages of Hempstead (birthplace of highwayman Dick Turpin) and Thaxted are equally lovely to visit.

One of Finchingfield's most famous residents was Dodie Smith, who wrote the well-loved story of 101 Dalmatians. 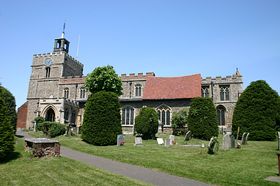 Days Out in Finchingfield

Places to Visit near Finchingfield