You are here:  Towns -> Places to Visit in South Yorkshire -> Sheffield

Things to do in Sheffield, South Yorkshire 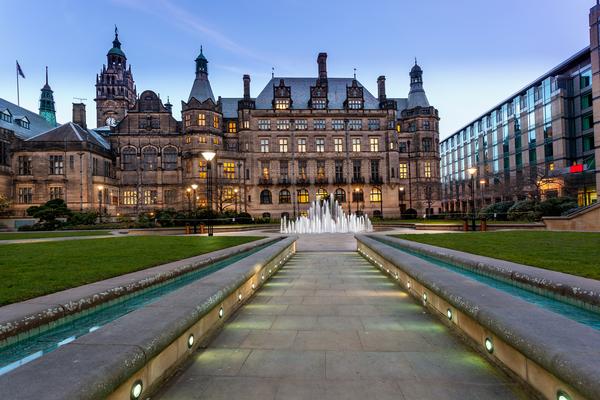 Sheffield is one of our great industrial cities, the fourth largest in England.

Situated in south Yorkshire formerly the West Riding of Yorkshire, with the Peak District National Park on the doorstep.

There are abbeys, castles, priories and stately homes nearby to visit, and many interesting attractions within the city. 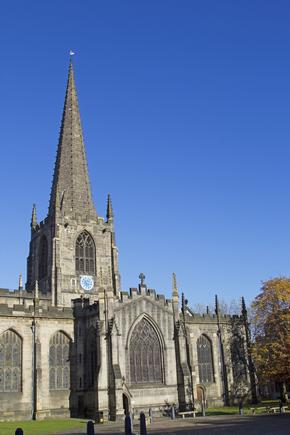 The history of Sheffield can be dated to mid 12th century, when the first wooden castle was built by a Norman baron. Sheffield’s unique situation of being close to iron ore for smelting, oak woods for charcoal and fast flowing water for power, gave rise to the metal trades for which Sheffield is renowned.

In 1740 Benjamin Huntsman invented the crucible process, shortly after this Thomas Boulsover was responsible for the invention of silver plate, known throughout the world as Sheffield plate.

The Cathedral of St Peter and St Paul, Sheffield’s only medieval building, built in the perpendicular style dates from mid 15th century.

The Unitarian Upper Chapel is worth visiting for its beautiful stained glass windows, by pre-Raphaelite artist Henry Holiday.

Sheffield’s Town Hall, opened in 1897 by Queen Victoria, is an impressive building; the 210-foot clock tower is topped with a statue of Vulcan, the Roman god of fire and metalworking.

The Cutler’s Hall opposite the Cathedral, built in the Neo-Classic style, dates from 1832. Both these buildings are only open to pre booked groups by appointment.

Where to find out about the History

Kelham Island Museum and the City Museum both tell of Sheffield’s industrial history. 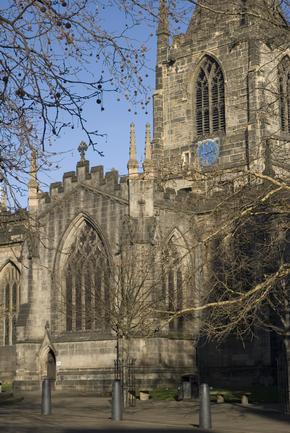 The Traditional Heritage Museum features displays of local trades and crafts. Bishop’s House Museum, is the oldest timber framed house in Sheffield circa 1500.

There is also a Fire and Police Museum and Bus Museum to explore. Art lovers will want to visit The Mappin Art Gallery, The Graves Art Gallery, The Ruskin Gallery and The Millenium Galleries, an inspiring new venue for visual arts, craft and design.

A short distance from the city is Abbeydale Industrial Hamlet. Visitors to this historic site can discover how steel was produced, the machinery powered and how workers and their families lived in Abbeydale.

Families will want to visit Magna Science Adventure Centre, a short distance from the city, which is packed with thrilling experiences, that demonstrate the power and force of the four natural elements air, water, fire and earth.

Shoppers in Sheffield are spoiled for choice, with all the well-known high street stores present, as well as independent specialist shops.

There are wide pedestrianised streets such as The Moor or Fargate, the charming Orchard Square courtyard, traditional Castlegate Market, The Forum and the trendy Devonshire Quarter all within the city centre.

Just off junction 34 of the M1 is Meadowhall the vast shopping centre offering more than 270 shops, attracting 30 million visitors a year.

By Road
M1 Motorway to the east of the city with a direct link at junction 33. For Meadowhall Shopping centre leave at junction 34.

By Rail
Sheffield's mainline Railway Station is the Midland Station. Travellers from London should use St Pancras Station.

By Air
Sheffield Airport opened in early 1998 offering flights into the city from nearby European cities.


Things to do in South Yorkshire 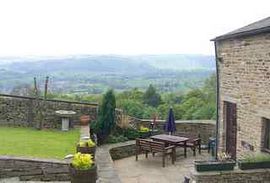 more self catering near Sheffield...

Days Out in Sheffield

Places to Visit near Sheffield