You are here:  Towns -> Places to Visit in Cumbria -> Grasmere

Things to do in Grasmere, Cumbria 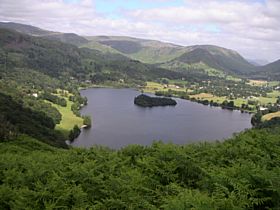 The tiny village of Grasmere in the Lake District, is surrounded by Helm Crag to the north west, Rydal Fell and Nab Scar to the east, Yew Crag and Silver Howe lying west, with the River Rothay running by. The houses are built of the local grey green stone so evocative of the region. Nearby Lake Grasmere is one of the Lake District’s smallest and most attractive lakes, with a pretty little island in the middle. This is the island of which Coleridge wrote,'We drank tea the night before I left Grasmere, on the island in that lovely lake, our kettle swung over the fire, hanging from the branch of a Fir Tree'. The area around village and Lake is noted for its tranquil and beautiful scenery and many delightful walks, which inspired much of the poet William Wordsworth’s best works, he described the area as 'the loveliest spot that man hath ever found'.

To the south on the outskirts of the village at Town End, you will find Dove Cottage where Wordsworth and his sister Dorothy lived from 1799-1808, and where in 1802 he brought his bride Mary. Before the Wordsworth family came to Dove Cottage it was an Inn, the Dove and Olive Branch, built in the 17th century. It became a favourite meeting place of many outstanding literary figures, such as Coleridge, de Quincey, Southey and others. Today Dove Cottage is preserved by the Wordsworth trust, it is open to the public, and has scarcely changed since these days. Adjacent to Dove Cottage is the Wordsworth Museum, which celebrates Wordsworth’s life and works, together with those of his contemporaries.

From Dove Cottage the Wordsworths moved to Allan Bank and later to the Old Rectory opposite St. Oswald’s church, before moving to Rydal Mount in 1813, which was his home until his death in 1850. Rydal Mount is now owned by descendants of the family and contains a fine collection of family portraits and many of the poet’s personal possessions. You can see the poet’s study and enjoy the beautiful garden, designed by Wordsworth, preserved as it was during his life. The house and garden are open to visitors throughout the year.

A short distance from Rydal Mount is the chapel where the Wordsworths often attended services. Dora’s field, which was purchased by the poet, lies beyond the chapel. Wordsworth intended building a house there, however the plan was not fulfilled and the field was given to his daughter. It is preserved by the National Trust and presents a tremendous display of daffodils each spring.

St Oswald’s Church is the burial place of William and his family, their grave is marked by a simple headstone, beneath the Yew trees in the graveyard.

Wordsworth’s son John, attended the tiny Lych Gate school in the village and William taught there for a short time. Today it is home to the celebrated Sarah Nelson gingerbread shop, which specialises in the local delicacy 'Grasmere Gingerbread'.

Grasmere Sports are traditionally held annually, on the Thursday nearest to 20th August and could be described as England’s equivalent of the Highland Games. Thousands gather to see Cumbrian Wrestling, the hound trail and to cheer on the athletes taking part in the fell racing, as they run to the top of Butter Crag and back down again. 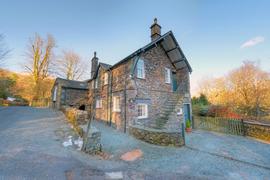 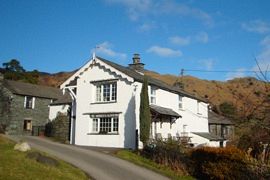 more self catering near Grasmere...

Days Out in Grasmere

Places to Visit near Grasmere