You are here:  Towns -> Places to Visit in Cumbria -> Carlisle

Things to do in Carlisle, Cumbria

Welcome to Carlisle, Hadrian’s wall and the borders. Carlisle may be best known for its historical past, but new facets are emerging giving the city a whole new dimension.

A growing reputation as an educational centre of excellence, an established regional shopping centre status and a thriving, diverse, business community have all enhanced the local economy and the community’s quality of life.

The rapid increase in the student population from home and abroad has led to a cultural renaissance within the city with a host of restaurants, cafes, art galleries, bars and museums catering for this new,

Many of the city’s historical landmarks and attractions are within walking distance including Carlisle Castle, Cathedral, Citadel, Tullie House Museum and Art Gallery and the Guildhall Museum.

Carlisle - City of History and Heritage.

Over 2000 years of turbulent history has made the city what it is today. From the mystical King Arthur, to the far reaching influence of the Romans, whose mighty Emperor Hadrian had the border wall constructed to keep out the "barbarians" from the North.

infamous Macbeth, ruler when the City was under Scottish control and Henry VIII have all been part of the intricate historical web surrounding Carlisle and its Borderlands.

Constructed by Roman legionaries, Hadrian’s Wall took at least six years to complete. This immense barrier stretches over eighty Roman miles, from the shores of the Solway Firth in the west to the North Sea in the east.

It is without doubt; the most prominent and important monument left by the Romans in Britain, invoking a dramatic image of a Britain divided by conflict and occupation.

Today you can enjoy some spectacular stretches of Wall at Birdoswald Roman Fort and Visitor centre, just eighteen miles east of the city centre.

Birdoswald is located in one of the most picturesque settings along the whole of Hadrian’s Wall. The Visitor Centre has been refurbished, complete with interpretation centre and brand new educational, conference and accommodation facilities.

I came, I saw, I caught the bus. Jump aboard to explore not only the best preserved sections of Hadrian’s Wall, but the market towns and wonderful countryside around it. Further information and timetables

are available from Tourist Information Centres along the bus route, or by telephone.

Operating from one of the most compact and visitor friendly city centres, is a veritable cornucopia of shops.

The city’s modern, pedestrianised area, the scene for many colourful events and entertainment, will ensure that your shopping trip is safe, practical and pleasurable.

Carlisle - City of Leisure and Activity.

You will find a wide choice of activities in Carlisle; there are fine golf courses, swimming pools, cycle routes, water sports, fishing, riding, birdwatching and walking facilities in and around Carlisle. 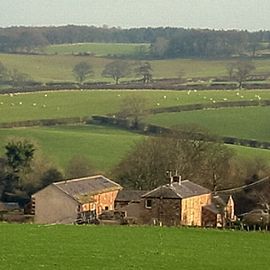 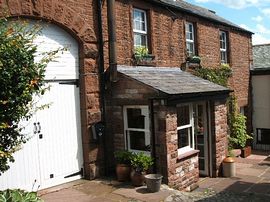 more self catering near Carlisle...

Days Out in Carlisle

Places to Visit near Carlisle