You are here:  Counties -> Things to do in Staffordshire 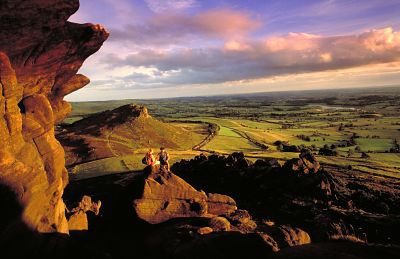 Staffordshire, in the north midlands of England, is a County of contrasts, known for the production of pottery, brewing, and two of Britain's favourite theme parks - Alton Towers and Drayton Manor Park.

The town of Leek is in the north east of the County, in the upland area known as Staffordshire Moorlands, a great area for rock climbing, sailing and walking.

In the village of Biddulph is Biddulph Grange Garden, a restored Victorian garden, with inspired ideas from countries around the world.

Since the 17th century the area around Stoke on Trent has been manufacturing pottery.

Six towns, Burslem, Fenton, Hanley (now the city centre), Longton, Stoke and Tunstall, are collectively known as 'The Potteries', and make up the city of Stoke on Trent. 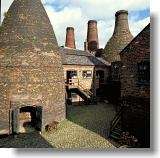 Today most of the bottle shaped brick ovens have been taken down, made redundant by the use of electricity and gas, the few remaining can be seen at museums devoted to the potteries such as Etruria Industrial Museum.

Nearby in the village of Alton is Britain's best known theme park, Alton Towers. Other places of interest are Ford Green Hall, well worth visiting, and at nearby Blyth Bridge you can enjoy a five mile round trip on Foxfield Steam Railway.

Staffordshire Tourist Information can be found in the County Town of Stafford, whose history goes back over 1, 000 years. Visit medieval Stafford Castle and Stafford's oldest house The Ancient High House. Nearby at Milford is the ancestrial home of Lord Lichfield, Shugborough Hall, a historic working estate, in the care of the National Trust.

The old town of Stone, offers cruising, sailing and walking, the River Trent and the Trent and Mersey Canal run south of the town in lovely surrounding countryside. Visit nearby Shallowford to see Izaak Walton's Cottage, which he bequeathed to Stafford for charitable use. 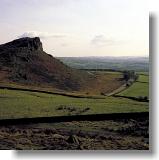 Burton upon Trent is famous as the home of brewing, due to the fine quality of its water. Also in this area is Uttoxeter, an unspoiled market town, known for its National Hunt Racecourse.

Abbots Bromley, south of Uttoxeter, is a delightful town with half timbered houses, typical of Staffordshire. The town is famous for its historic annual 'Horn Dance'.

The Cathedral city of Lichfield is situated in Southern Staffordshire, dominated by the Cathedral's three graceful spires, known as 'the ladies of the vale'. The house on the corner of Breadmarket Street is the birthplace of Samuel Johnson and is now a museum. Lichfield Heritage tells the story of the city over the last 2, 000 years. 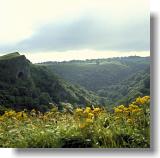 Lichfield hosts many events and festivals throughout the year, it has a lively arts programme at Lichfield Garrick, named after the 18th century actor David Garrick who grew up in the city. Lichfield is surrounded by delightful countryside, including Chasewater Country Park, with a large lake ideal for water sports.

At Tamworth, there are a variety of attractions to interest all the family - Tamworth Castle, Ash End House Children's Farm, Middleton Hall, Britain's first indoor ski slope, Snowdome, and just outside Tamworth is Drayton Manor Park. 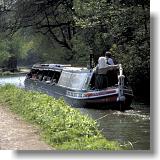 Cannock Chase is situated on a high plateau in south Staffordshire. It is a place of contrasts, encompassing several market towns such as Cannock, Rugeley and Hednesford and has a long history of iron working, tool making and coal mining. Visit the Museum of Cannock Chase at Hednesford, to learn about the area's industrial heritage.

Cannock Chase is also an Area of Outstanding Beauty, with rolling hills, heath lands, and abundant wildlife. It is a well known beauty spot, popular with walkers cyclists and naturalists. At Castle Ring, the Iron Age Fort has been scheduled an ancient monument. Chasewater Country Park contains a steam railway, it also offers opportunities for angling, bird watching, sailing and water-skiing. To find out more about Cannock Chase and, call at the Visitor Centre.

Days out in Staffordshire


Places to Visit in Staffordshire