You are here:  Counties -> Things to do in Gwynedd

Gwynedd in north west Wales is situated north of Ceredigion and south of the Isle of Anglesey.

Inland is Snowdonia National Park, with spectacular scenery and Snowdon, the highest mountain in England and Wales.

Bangor is a University City and one of the oldest diocese in Britain. The town and Cathedral are dominated by Bangor Mountain, there are good shopping facilities, a Victorian pier, Museum and Art Gallery.

To the east is Penrhyn Castle an extravagant example of 19th century neo-gothic architecture, with an intriguing interior. The tourist information centre can be found in the Town Hall, on the Menai Strait. 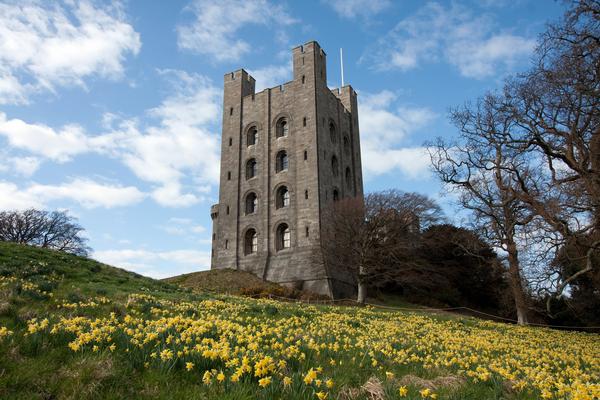 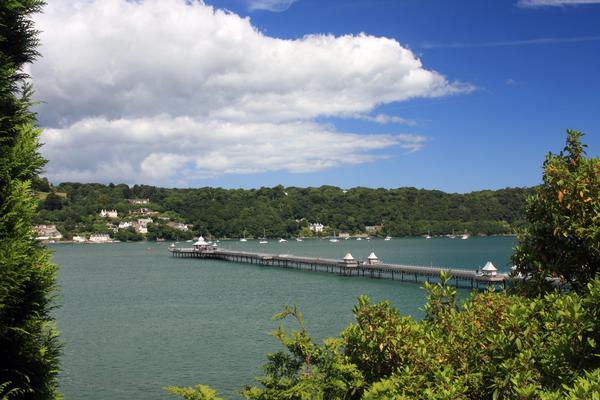 The ancient county town of Caernarfon has many interesting buildings such as Caernarfon Castle. Designated a World Heritage Site, it is home to the Museum of the Royal Welsh Fusiliers. On a hill above the town is Segontium Roman Fort, dating back to AD77. Nearby is Plas Menai, the National Water Sports Centre on the Menai Strait.

A short distance inland is Llanberis, a popular base for walkers and climbers visiting Snowdonia. From Llanberis you can take a trip on Snowdon Mountain Railway, taking you to the Summit of Snowdon (3,3560 ft/1085m), and back. Padarn Country Park offers a great day out with walks, lakes and attractions including the National Slate Museum and Llanberis Lake Railway, one of the 'Great Little Trains of Wales'. 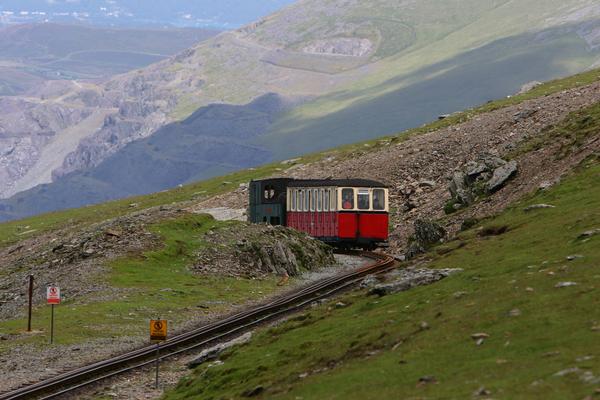 Blaenau Ffestiniog was once a major centre of slate mining. Today visitors can enjoy Llechwedd Slate Caverns and board a train travelling within the mountain, traversing spectacular caverns. The narrow-gauge heritage Ffestiniog Railway, runs from Blaenau Ffestiniog to the harbour at Porthmadog. 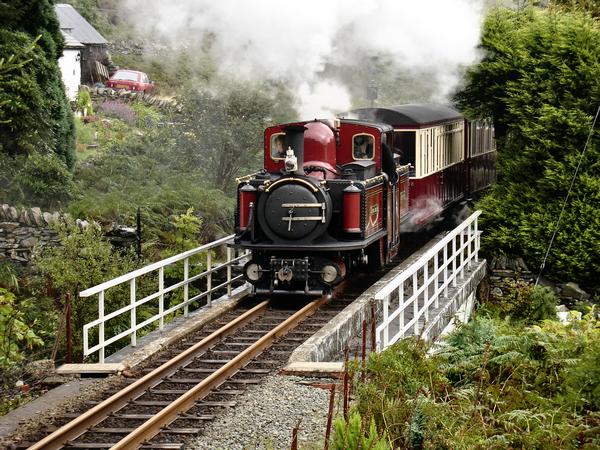 South Gwynedd encompasses the northern part of Cardigan Bay, with lovely estuaries, sandy beaches, seaside towns and villages. Southern Snowdonia lies inland with its mountains, lakes and rivers, and the following towns, each of which has a tourist information office:

Aberdovey's harbour overlooks the Dyfi estuary, a holiday resort with miles of sandy beaches, popular with sailors, surfers and golfers. 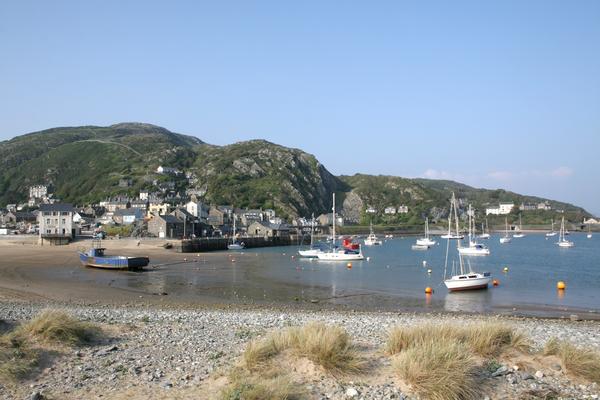 Barmouth is another old shipbuilding town, today a popular seaside resort lying on the estuary of the Mawddach River and Cardigan Bay. This lively town has good facilities for visitors. The cliffs known as Dinas Oleu, became the first property to be acquired by the National Trust in 1895. Attractions in the town include the RNLI Museum, on the Promenade. Three miles north is Carneddau Hengwm with two chambered tombs and a short distance north west at Pen-y-dinas are the remains of an Iron Age camp.

Tywyn is a good base for exploring the Tal y llyn and Dysynni Valleys. The beach is safe for surfing and jet skiing, Tywyn is home to the Narrow Gauge Railway Museum. The Tal y llyn steam railway runs through the Fathew Valley to Nant Gwernol, where there are lovely forest walks. 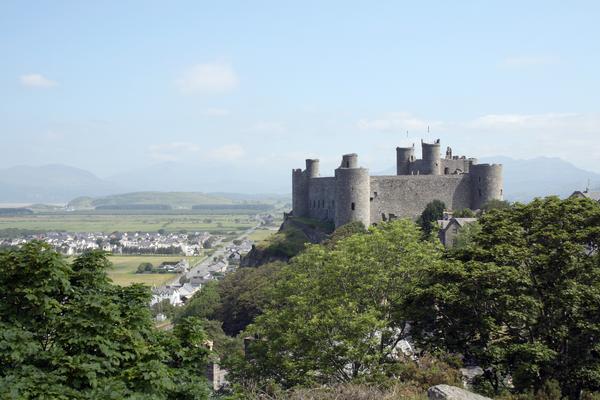 Harlech situated on Tremadog Bay is dominated by spectacular Harlech Castle. Designated a World Heritage Site, it was built in late 13th century by Edward I as one of his 'iron ring' of fortresses. Harlech has a good beach and is home to Royal St. David's Golf Club. 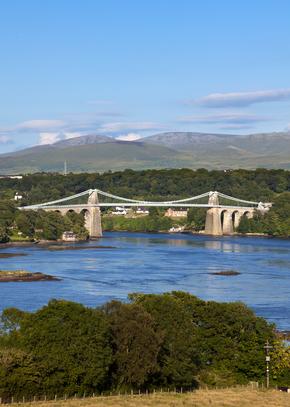 Bala is a little market town situated on the shore of Lln Tegid. At more than four miles long and almost one mile wide, Lln Tegid is the largest natural lake in Wales. It's also a great attraction for water sports enthusiasts. The Bala Lake Railway runs along the shore to Llanuwchllyn. Nearby at Frongoch is Canolfan Tryweryn, the National White Water Centre - a unique year round white water venue.

Dolgellau is a picturesque market town surrounded by beautiful countryside. Many of the buildings are of local dark slate. The town lies at the foot of the Cader Idris mountain range in South Snowdonia. A few miles north is Coed y Brenin Forest, renowned for world class mountain bike trials.

The main towns on the Llyn Peninsula are Abersoch and Pwllheli. Much of this coastal area is designated as an Area of Outstanding Natural Beauty and Heritage Coast, most is in the care of the National Trust. The lovely peninsula is renowned for unspoiled beaches and rolling green countryside.

Aberdaron, was the last stopping point for pilgrims making their way to the 6th century monastery on Bardsey Island off the southern tip of Llyn Peninsula. Today boat trips run to the island from Pwllheli and Porthmeudwy to see the marine life, birds, rare plants and to enjoy the tranquillity of the tiny island. 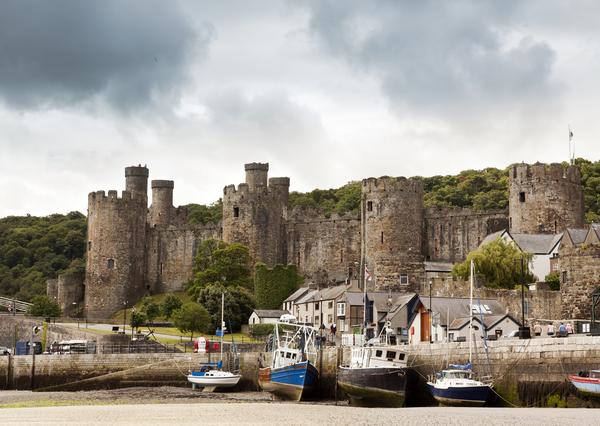 Abersoch is an attractive village and a popular sailing and water sport centre. There is a sheltered harbour and a golf course, along with fine sandy beaches. Nearby, the impressive bay Porth Neigwl or Hell's Mouth, has powerful tides and is a great place for surfing. 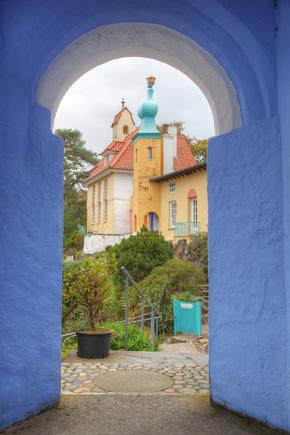 The busy market town of Pwllheli is a good base for exploring the area. The town has an excellent marina with berths for over 400 boats and hosts international sailing events. There are two beaches and a leisure centre.

Criccieth Castle is perched on a headland overlooking Tremadog Bay, the town and the beaches below. Criccieth holds two popular fairs and markets annually in May and June. Nearby the village of Llanystumdwy is where David Lloyd George (British Prime Minister 1916-1922) grew up. There is a museum of memorabilia in the town.

Portmeirion Village, is a unique Italianate village designed by Clough Williams-Ellis. Setting for the iconic sixties series 'The Prisoner', this is one of Wales' most popular tourist attractions, which makes for an unforgettable day out.

Days out in Gwynedd


Places to Visit in Gwynedd