You are here:  Counties -> Things to do in Dumfries and Galloway

Located in the South West corner of Scotland, Dumfries and Galloway is one of the country's best kept secrets.

An easy trip from England and Scotland's central belt, it's an unspoiled haven of beautiful scenery, art, culture and history. 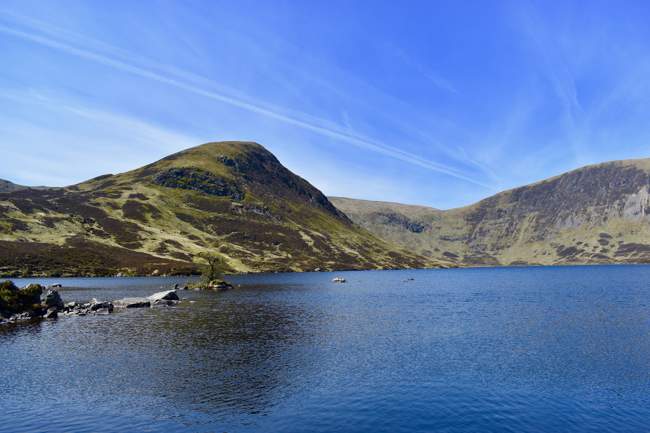 As anyone in the Dumfries and Galloway Tourist Information office would happily confirm, character-filled towns await throughout the region.

From Moffat in the east, a charming little market town and gateway to the borders via the Grey Mare's Tail and St Mary's Loch, to Stranraer in the West. 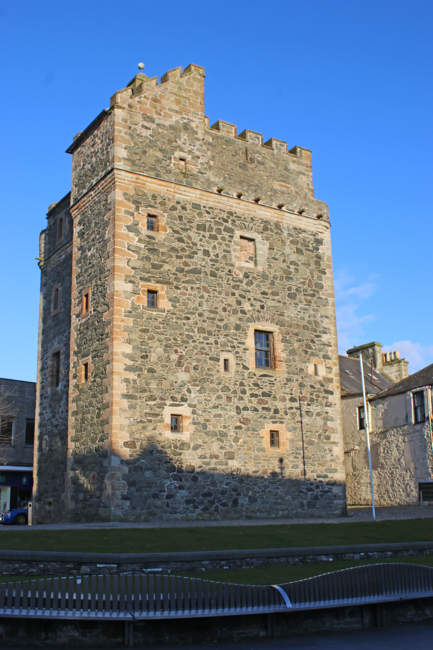 This busy, modern port-town is the landfall point of the main arterial route between Scotland and Ireland. 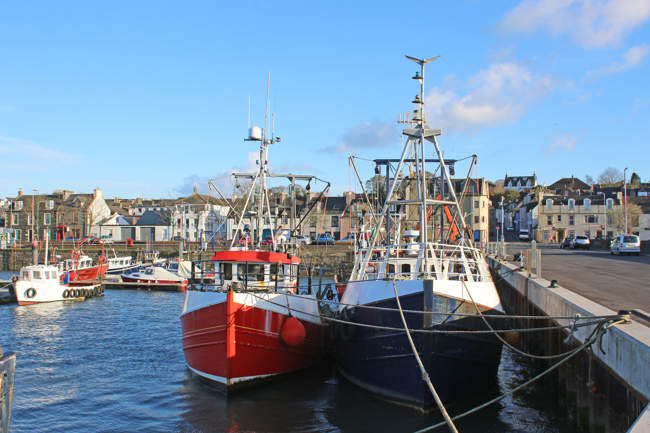 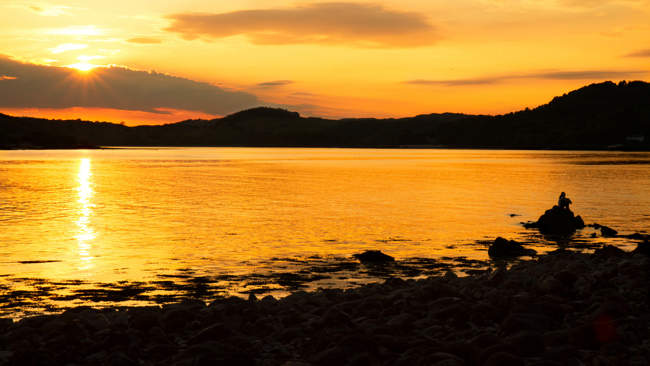 Newton Stewart and Kirkcudbright vie for your affections, each offering its own unique character and blend of Dumfries and Galloway charm. 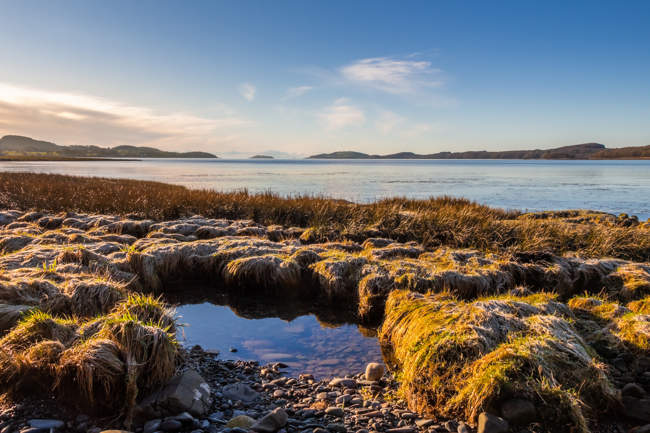 There's a truly vast range of things to see and do in Dumfries and Galloway. 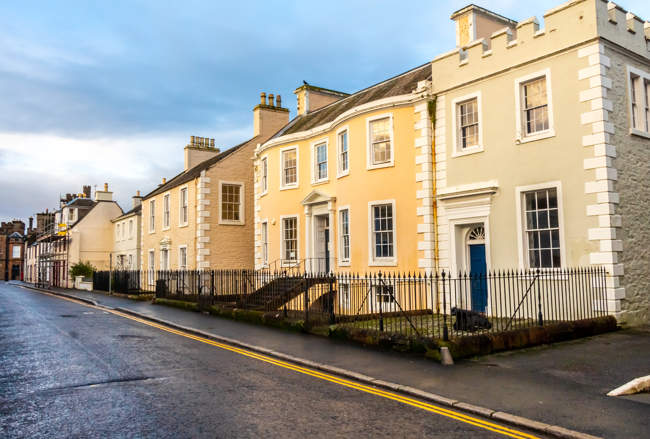 Buildings in the old High Street in Kirkcudbright

Here are just some suggested activities below:

Amongst the less expected facts about Dumfries and Galloway is the fact that the bicycle was invented here by Kirkpatrick McMillan in 1840. 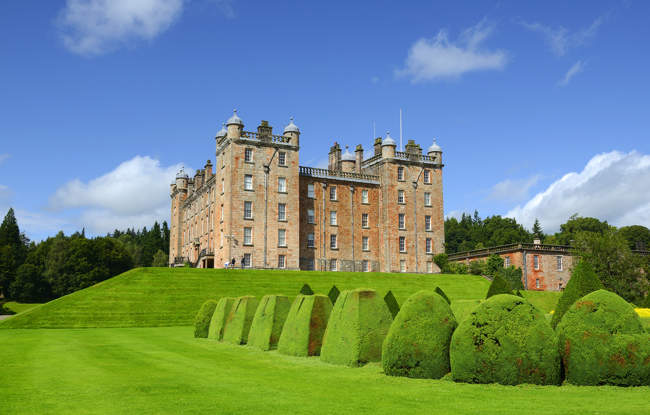 It's fitting, then, that Dumfries and Galloway is hailed a Mountain-biking country par-excellence, leading the way with 5 of the highly acclaimed 7 Stanes Mountain Bike centres.

Being the most established, Mabie and Dalbeattie stand out amongst them, with Mabie a veritable mountain biking heaven. 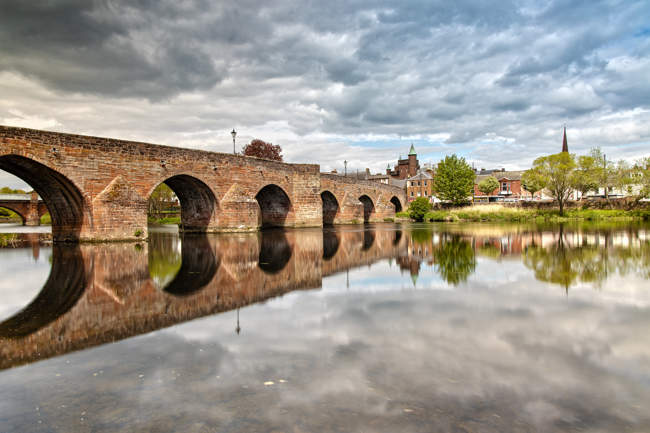 The Devorgilla Bridge and Dumfries

Ranging from relaxing, family-friendly routes to exhilarating downhill and full on ultra-technical North Shore, Mabie attracts riders from all over the country, and it won't disappoint.

Dalbeattie too offers lots of variety, and is of course home to the legendary 'slab' - an imposing, rites-of-passage test of the nerves, its ultra-steep slope of solid granite, rising skyward from the forest and set amidst stunning scenery!

A study of Dumfries and Galloway would not be complete without touching on the vibrant tradition of arts and crafts in the region.

The unspoiled beauty of Dumfries and Galloway has attracted artists of all genres for years, with Kirkcudbright being an acknowledged hotspot over the decades.

The 'Kirkcudbright School' was founded here in the early 20th Century, forming out of artists' colony established by the likes of EA Hornel and Jessie M King.

Writers too have found inspiration here, with JM Barrie penning the magical Peter Pan after many childhood adventures on the banks of the Nith in Dumfries.

Robert Burns, too, found inspiration in Dumfries and Galloway, creating some of his best known works when living and working in the area. So taken with the region was he, that he made Dumfries his home, finally passing away and being buried in this ancient town.

Another very good reason to visit Dumfries and Galloway is the region's provision for activities in the Great Outdoors.

The breath-taking scenery and landscape of Dumfries and Galloway, combined with its seclusion and lack of population make it an ideal destination for those with outdoors activity in mind. 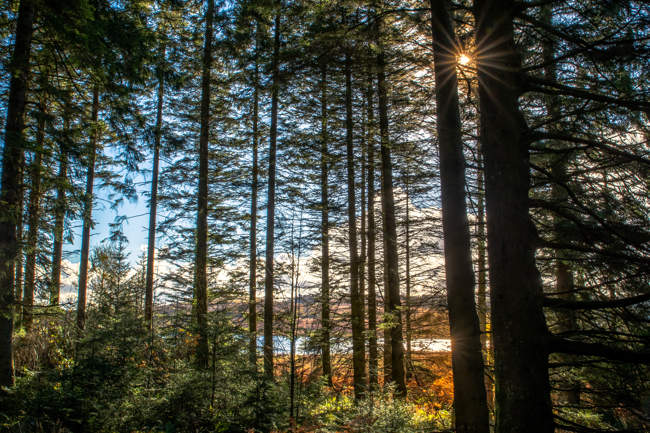 Views along the Raiders Road in the Galloway Forest Park

Fishing too, is very popular with top quality course and river fishing to be had throughout the region. There are some gems of golf courses hidden away too, for example New Galloway's 18 hole course, nestling quietly amidst stunning scenery near the head of Loch Ken, just waiting to be discovered. 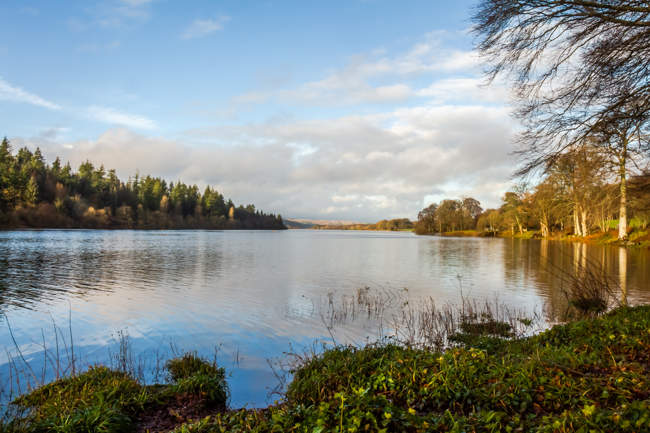 Watersports are well catered for, from the activity centres at places like Loch Ken, to the Solway Coast and its combination picturesque coves, sandy beaches, cliffs and first rate wind-surfing.

Charming little hamlets like Sandyhills, Kippford and Rockcliffe dot the coast and provide character-filled stop offs in which to unwind.

Dumfries and Galloway has played many important roles throughout history, from early establishment of Scottish Christianity at Whithorn, through Covenanters and Scottish Jacobites to artistic movements. 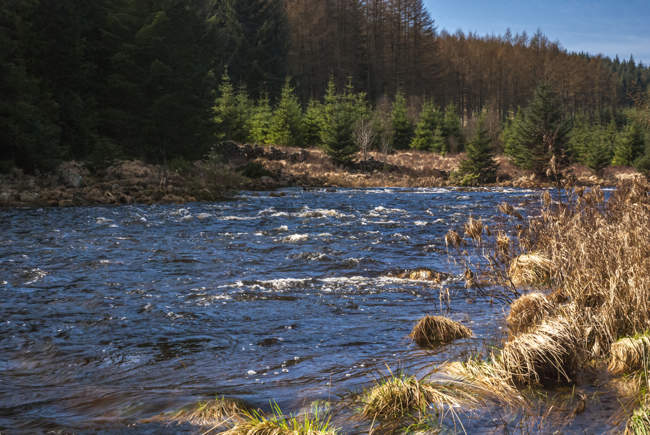 The Otter Pool in the Black water of Dee, Galloway Forest Park

Right up to the present day, denizens of Dumfries and Galloway continue to make their mark.

There are many fascinating sites to be seen from old to new. Not least is the beautiful Sweetheart Abbey near Dumfries.

Across the region there's a wealth of museums celebrating local achievements and ways of life, ranging from an engrossing account of lead mining at Wanlockhead, through the Aviation Museum at Dumfries to a whole range of galleries and museums of art.

Individuals too, are celebrated with places like the Robert Burns house in Dumfries, where the bard lived and penned some of his greatest works, right up to modern times with the David Coulthard Museum in Twynholm, the tiny hamlet near Kirkcudbright where the Formula 1 Ace's family have lived for years.

American visitors will doubtless be keen to make a bee-line for the John Paul Jones Museum at Arbigland, Kirkbean (near Dumfries). The 'Father of the American Navy' was born on the Arbigland estate in 1747.

One of his more famous quotes 'I wish to have no connection with any ship that does not sail fast, for I intend to go in harm's way' Could be straight out of a Hollywood blockbuster, yet he is just one of a host of extraordinary people to hail from this inspiring area.

One of the great things about Dumfries and Galloway is its unspoiled nature, sparse population and beautiful landscape. 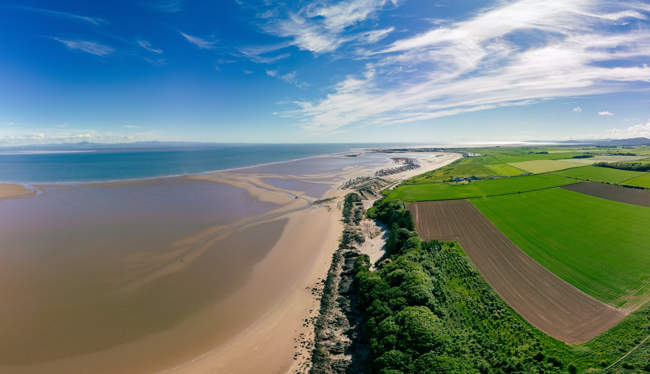 It's one of the few places in the UK which are genuinely off the beaten track and there are few better places to unwind and recharge.

While the tourist masses flock from the Lake District towards Edinburgh, Glasgow and the Highlands, why not head west at Gretna Green and make for the uplifting heart of Dumfries and Galloway?

The gulf stream promises you warmer summer weather than you expect. This, combined with a moist climate mean there are bountiful gardens to enjoy across the region. 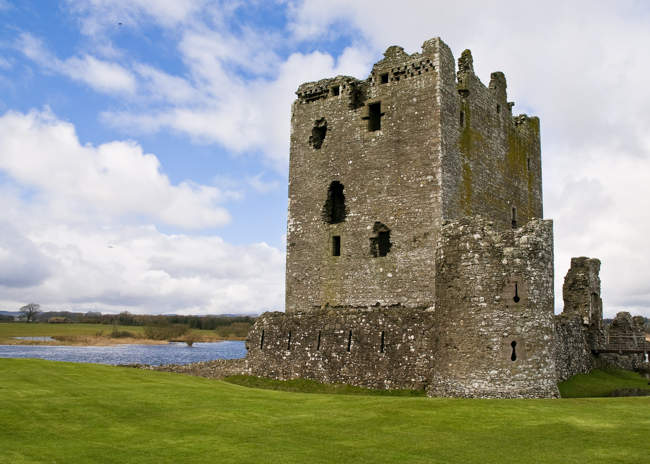 Threave, in Castle Douglas, is world famous and well worth the visit, as is the Logan Botanic Garden at Port Logan in the west, near Stranraer. 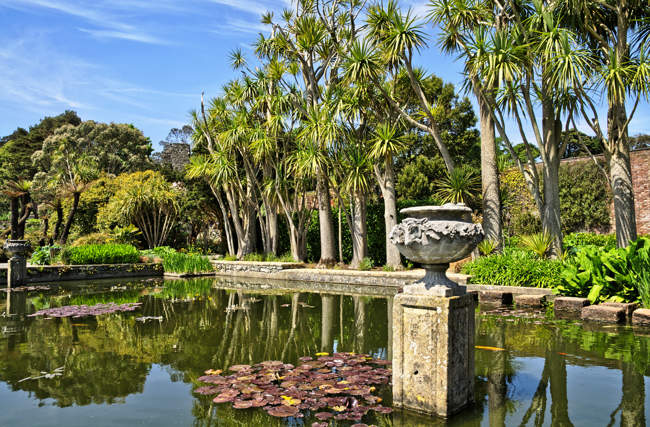 Here, you can experience exotic species from around the globe.

It's another great way to unwind, with treasures like the Creetown Gemstone Museum providing engaging distraction when required.

Whatever the break you're looking for, Dumfries and Galloway has a huge amount to offer.

Even a short trip will leave you feeling relaxed and refreshed, ready to step back out into our hectic modern world. Why not plan your trip to Dumfries and Galloway today?

Days out in Dumfries and Galloway


Places to Visit in Dumfries and Galloway