You are here:  Counties -> Things to do in Devon 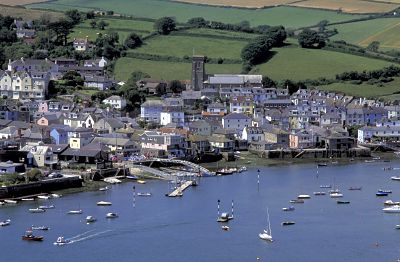 The County of Devon is situated in the south west of England, between Dorset in the east and Cornwall in the west. North Devon's coastline faces the Bristol Channel and the English Channel in the south.

The coastline of North Devon is spectacular, a combination of high cliffs, wooded valleys and sandy beaches. Nature lovers should visit the UNESCO Braunton Burrows Biosphere Reserve, the largest sand dune system in the UK, situated in the estuary of the Rivers Taw and Torridg, home to a diverse plant community and a great variety of invertebrate

The holiday resorts around the coast are popular water sport and family destinations.

To the south lies Bideford Bay and the unique villages of Appledore, Westward Ho!, Clovelly and Great Torrington. In Bideford you can get on a boat trip to Lundy Island, a peaceful place of outstanding natural beauty,

a haven for puffins and seals.

Tavistock, in an area of Outstanding Natural Beauty, is situated in the Tamar Valley. The Tamar Estuary is home to the avocet and little egret. The area has many historic houses, gardens, attractions and an interesting heritage of mining.

There are many interesting things to see in the vibrant city of Plymouth - visit spectacular Plymouth Hoe, with its award winning visitor centre, at Plymouth Dome take a trip through 400 years of the City's history. At the Elizabethan Barbican, history

comes alive, attractions include the Mayflower Steps, where the Pilgrim Fathers set sail for America.

The area of south Devon known as the South Hams which includes the towns of Dartmouth, Ivybridge, Kingsbridge, Modbury, Salcombe and Totnes, enjoys the mildest climate in Britain.

Ham is an old English word meaning an enclosed or sheltered place. Here you will find sailing and fishing harbours, river estuaries,

Devon is good walking country with 60 miles of the South West Coast Path winding through the area.

Torbay is referred to as the English Riviera, and includes the towns of Brixham, Paignton and Torquay. It covers 22 miles of golden sands, with palm trees and a wealth of holiday attractions.

Popular towns in the south east of Devon, in the area of Teignbridge, include Ashburton, Bovey Tracey, Buckfastleigh, Dawlish, Moretonhampstead, Newton Abbot and Teignmouth.

An area of contrasts,

on the coast is the traditional seaside town of Dawlish and the historic port of Teighmouth. Inland are towns steeped in history, with museums, markets and visitor attractions.

Exeter is the county town of Devon and one of the most historic cities in Britain. Visit Exeter Cathedral, and the Underground Passages located under Exeter's city centre, and learn the story of Exeter at the Quay House Visitor Centre.

in the east of the County include Exmouth, Seaton, Sidmouth, Ottery St Mary, Budleigh Salterton, Honiton and Axminster. East Devon is an area of contrasts, from the World Heritage coastline to the unspoiled fertile Axe Valley, designated as an area of Outstanding Natural Beauty.

In Devon's heartland there are bustling market towns, beautiful countryside for walking, cycling and fishing. There are castles to explore, tucked away villages, with cob and thatched cottages, historic houses and lots of attractions for all the family.

Days out in Devon


Places to Visit in Devon