You are here:  Counties -> Things to do in County Durham

The County is still known as the 'Land of the Prince Bishops' referring to the period in history when the Bishops of Durham were granted the right to rule this part of northern England, creating their own armies, holding their own courts, minting their own money and imposing their own taxes. 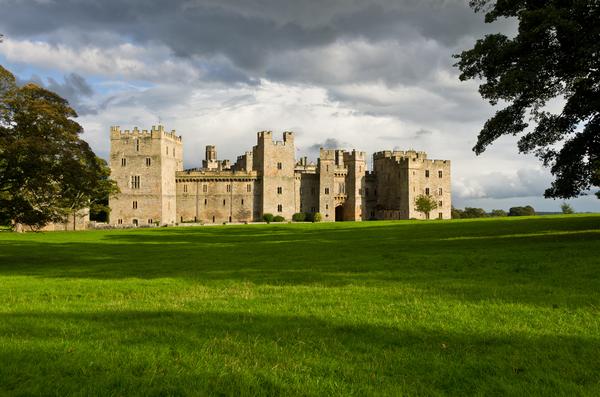 You can find County Durham Tourist Information in the Historic County Town, Durham.

Situated above the River Wear, the town is dominated by its magnificent Cathedral and Castle, and is now a World Heritage Site.

To the south is the attractive market town of Bishop Auckland, the country seat of the Bishops of Durham since the 12th century. 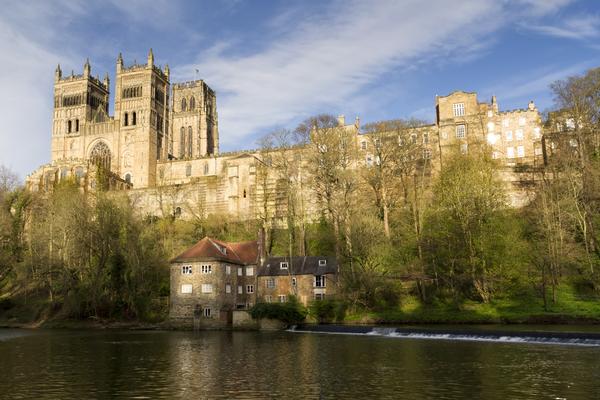 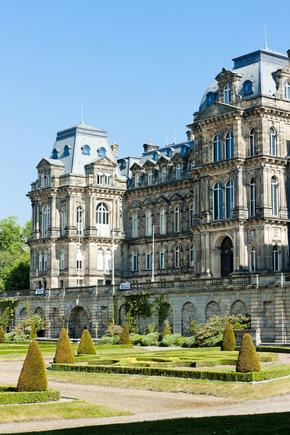 Tourism in County Durham often begins in the Durham Dales in the west of the County, one of Britain's Areas of Outstanding Natural Beauty. Don't miss in Barnard Castle, a market town which is a well situated base for exploring the upper dales.

Visit the Bowes Museum, an impressive mansion in the style of a French chateau, which houses one of the finest collections of European art, ceramics and furniture. A few miles to the north is Raby Castle, whose history dates back nearly 1000 years.

Teesdale is situated on the east side of the Pennine Hills and is home to England's biggest waterfall, High Force - at 70 feet it is a renowned feature of rugged upper Teesdale. High Force is also situated adjacent to one of the most attractive sections of the Pennine Way. 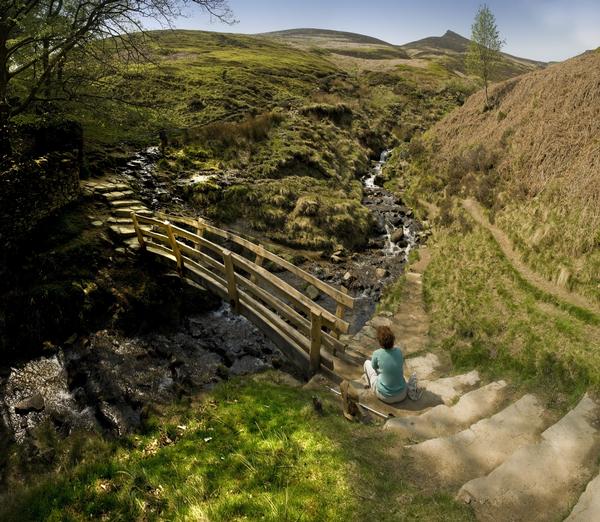 A short distance west is England's longest waterfall Cauldron Snout - 200 feet of Tees water creates a spectacular sight. Teesdale has many way-marked walks by the river, through woodland and interesting villages. Cyclists are catered for with National Byway signposts to indicate quiet country lanes, safe for cycling. 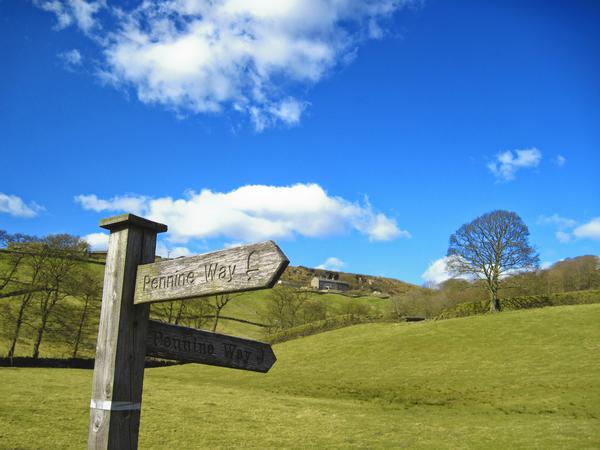 Between Teesdale and Weardale is the 5,000 acre Hamsterley Forest managed by the Forestry Commission. The beautiful mixed forest is home to a variety of wildlife, and has several way marked walks and cycle routes, car parks, a play-park, and picnic areas. The visitor centre is worth visiting and holds many interesting events.

Weardale was the ancient hunting ground of the Prince Bishops, and later a centre of the mining industry, for coal, iron ore, limestone and slate.

The Lead Mining Museum at Killhope tells the story of the lead mining industry during the boom years in the 19th century. It is the best preserved lead mining site in Britain, and centres on the reconstructed Victorian Park Level Mine, and Park Level Mill with its huge working water wheel. Here you can take a trip down the mine, and above ground you can see how the miners lived.

Weardale has wonderful scenery and has several circular walks as well as the 73 mile Weardale Way, which follows the River Wear from Monkwearmouth to Wear Head. The stone built towns and villages in this area have a unique character and are worth visiting. At the historic market town of Stanhope, in the former grounds of Stanhope Castle is the Durham Dales Centre, with an award-winning visitor Centre. 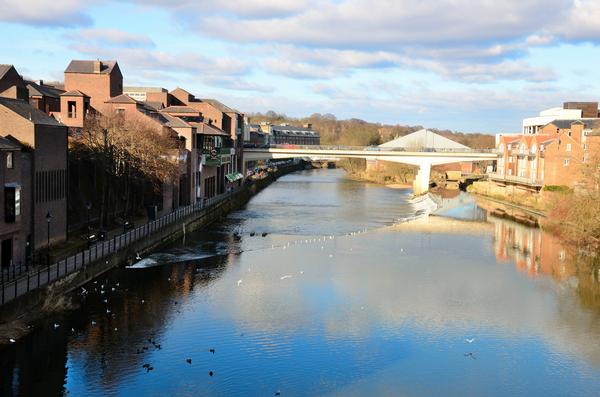 The River Derwent running through north County Durham, has created verdant river valleys, contrasting with rocky crags and moorland. Derwent Reservoir is popular for angling and sailing and home to a variety of wild fowl. Ancient woodland in the north of the County offers shelter to the endangered Red Squirrel. 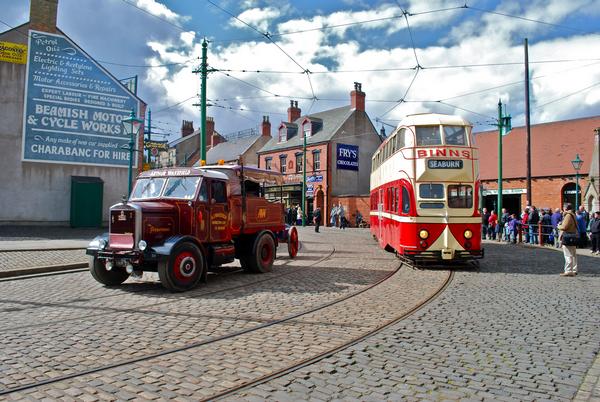 One of England's most popular attractions Beamish Open Air Museum, is situated near Stanley and makes a great day out for all the family.

Nearby is Causy Arch, the world's oldest railway bridge still in existence. A single span bridge, the first of its kind to be built, it stands over 80 feet high above Beamish Burn - it was constructed in 1725 and is over 100 feet long. Visitors to the bridge can enjoy a trip on the world's oldest railway Tanfield Railway, opened in 1725 - its original purpose was to carry coal from nearby collieries to the River Tyne. 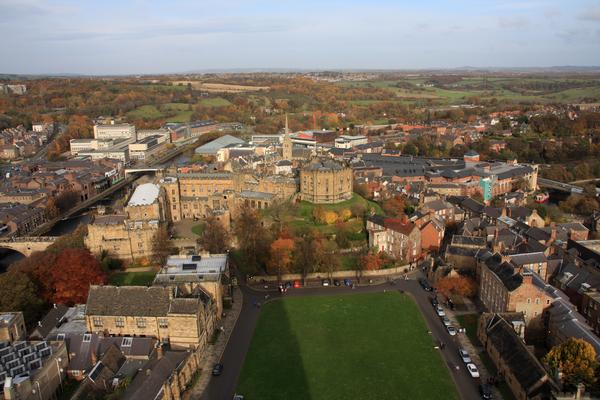 The southern region of County Durham is both agricultural and industrial. Attractive towns and villages such as Heighington, with its picturesque village green and Sedgefield with its land mark St Edmunds Church, and the National Hunt racecourse. 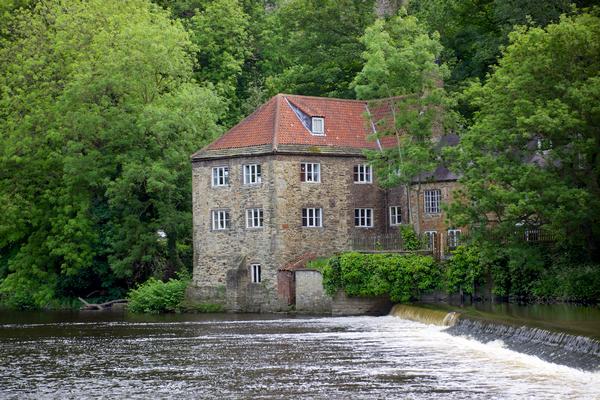 Aycliffe village is another gem with a delightful village green surrounded by historic houses. Shildon is the railway town from where George Stephenson's "Locomotion" took the inaugural run of Stockton to Darlington Railway. Visitors to Shildon can visit the attraction "Locomotion", which houses many engines from the National Railway Museum's collection.

The east of County Durham is undergoing extensive regeneration. 'Turning the Tide' is an innovative project committed to cleaning up the area after hundreds of years of coal mining. Today you will find sandy beaches at Seaham and Crimdon. You can walk the 11 mile Durham coastal footpath, enjoying fine views. Grassland meadows, wooded valleys and wildlife habitats have been restored and east County Durham has been designated a Heritage Coast. 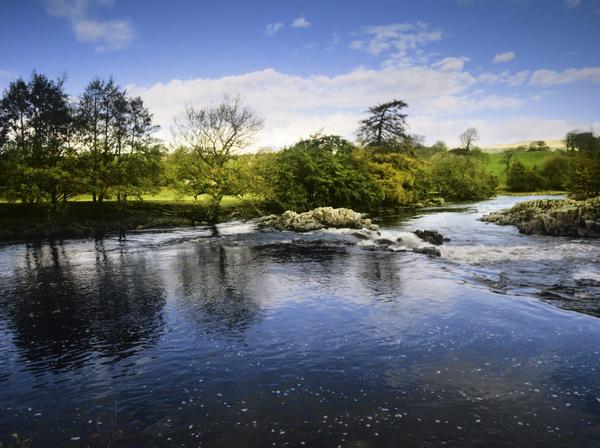 With so much to offer - the ancient 'Land of the Prince Bishops' has everything you need for a wonderful holiday.

Days out in County Durham


Places to Visit in County Durham