You are here:  Counties -> Things to do in Berkshire 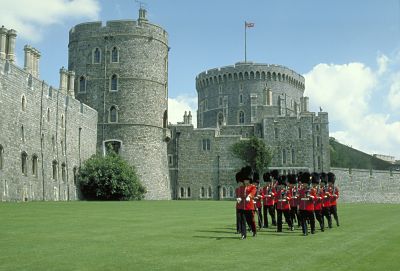 Berkshire, in the south of England, is one of England's oldest counties, dating from the time when King Alfred the Great set the County Boundaries.

The Rivers Kennet and Thames flow through the county creating fertile valleys and beautiful riverscapes along their course.

The Ridgeway National Trail crosses the Downs in the north west of the County. Berkshire is a scenic county, often referred to as 'Royal Berkshire' due to its association with the Royal family and their home Windsor Castle, and Ascot Racecourse.

You'll find Berkshire Tourist Information in Newbury in the west of the County, in the Old Granaries - the building has a galleried upper story and dates back to Charles II's time. Newbury is a busy market town well known for its racecourse, where steeplechasing takes place in the winter season. The Kennet and Avon Canal, flowing through the town provides pleasant walks along the banks and the opportunity for boat trips - call at the visitor centre at Aldermarston Warf for information.

To the west of Newbury are the remains of the Iron Age Walbury Hill Fort, standing 974 feet/279m above sea level, the highest point in south east England - from here there are splendid views for miles around. Nature lovers should visit Thatcham Nature Discovery Centre to see the wetland wildlife and also the Living Rain Forest - a great place to visit whatever the weather - both are near Newbury. If a day out at stately homes and castles is your choice than visit delightful Ashdown House at Lambourn, or spend a day at Highclere Castle home of the Earl and Countess of Carnarvon.

Reading is the County Town of Berkshire, an important business centre situated at the confluence of the Rivers Thames and Kennet. Reading is a vibrant University town, with an interesting history and plenty of modern shopping and leisure facilities. Reading Museum and Art Gallery tells the story of the town since Roman times.

The Museum of Rural Life is worth visiting for a glimpse of country life in bygone days and Blake's Lock Museum shows details of Reading's old waterways. The beautiful Palladian Mansion Basildon Park is well worth visiting.

The whole family will enjoy a day at Beale Park, Lower Basildon, where a variety of exotic animals and birds are cared for on over 300 acres of ancient water meadow. At Riseley near Reading you have the opportunity to spend time on the Duke of Wellington's estate at Wellington Country Park, with a wealth of wildlife, a superb place for children, with safe play areas, picnic and barbeque facilities.

Bracknell in the south of Berkshire developed from a small market town as a 'new' town after the Second World War, and is currently the home of Britain's Met' Office. Set in 2,600 acres of Crown Estate Woodland, the Look Out Discovery Centre, a natural heritage and scientific discovery center, provides educational fun and great nature walks.

Maidenhead, situated on the banks of the River Thames, takes its name from Maydenhyth' or the medieval 'maiden's landing place'. The town developed alongside its much older neighbours Cookham and Bray. The Thames is popular with oarsmen all summer, there is an annual regatta held at Maidenhead in August.

Two of the finest bridges along the Thames span the river at Maidenhead - the balustraded road bridge and Brunel's railway bridge , with its long brickwork spans and resounding echoes. A pleasant walk upstream leads to Boulter's Lock, a famous riverside spot since Edwardian days.

At nearby Taplow is the Cliveden Estate, overlooking the River Thames. The estate and garden is open to the public daily from March to October. The house was the home of the Astor family and is now a hotel, but part is open on selected days in spring and summer.

Windsor grew up around its castle, the largest and oldest occupied castle in the world, covering 13 acres. It has been a favourite home of the Royal Family since William the Conqueror built the first castle on the site in the 11th century.

The oldest parts of the existing castle, including the famous landmark Round Tower, date from the 12th century and much of the castle visible from the river was built during the reign of George IV.

Eton College in Windsor, founded in 1440 by King Henry VI it is one of the oldest schools in the country. The school and grounds are open to visitors from March to October.

Windsor is home to one of Britain's most visited attractions, Legoland, a great day out for families.

Days out in Berkshire


Places to Visit in Berkshire