At around 630 miles long it dwarfs even the mighty Pennine Way in the north of England. 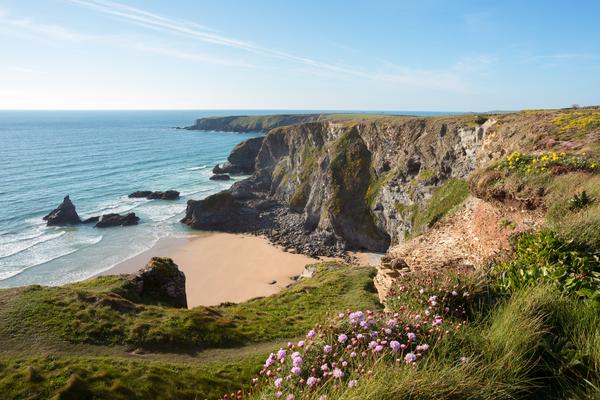 Running from Minehead in Somerset, the trail follows the coast to Poole Harbour in Dorset. 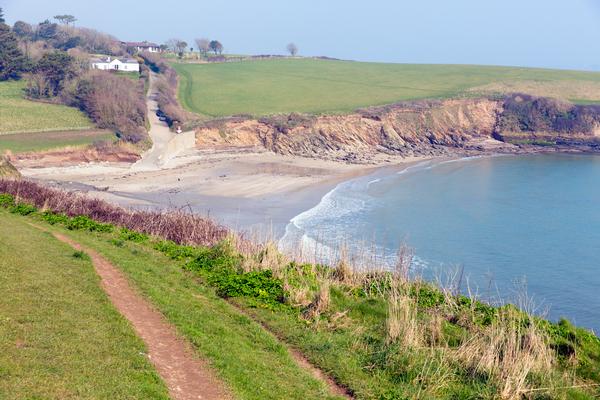 With many high cliffs to negotiate, the walk can be physically challenging, despite never being far from 'civilisation', unlike many other trails. 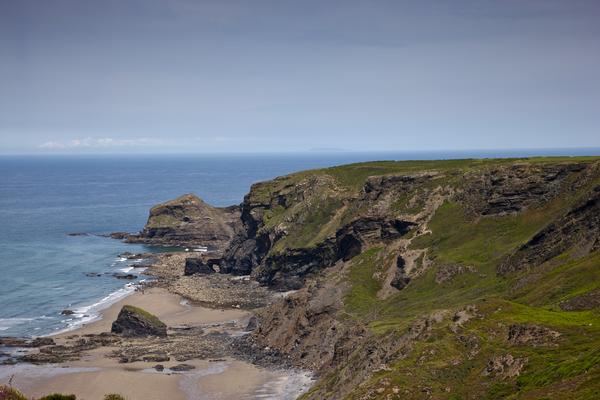 Few people walk the entire South West Coast Path in one go, as it demands a great deal of time as well as a high level of fitness.

In all, it's estimated that walking the whole trail as a single adventure would take about 8 weeks to complete. 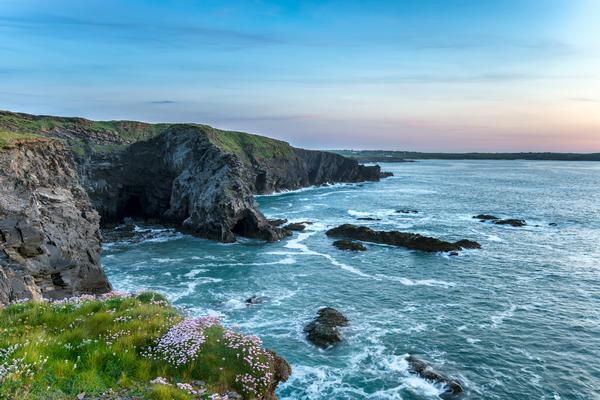 Regardless of the length of walk you choose, you should think carefully about your safety and be careful of the weather - cliffs can be dangerous in the wet or in high winds, sea fog can disorient you and strong sunshine can give you heat stroke! 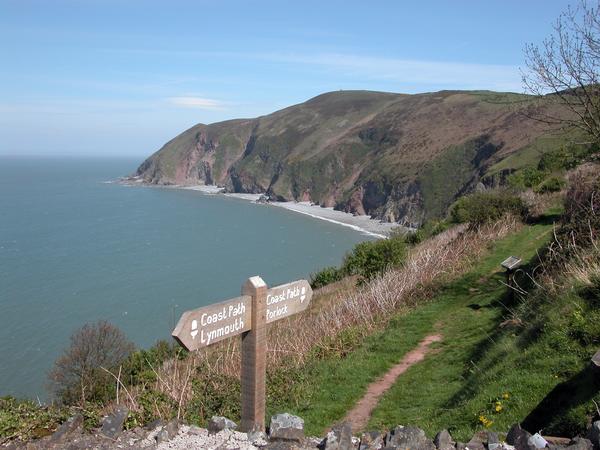 In short, check the weather, make appropriate decisions and take suitable aids with you, those including sun block and fluids.

More so than with the other National Trails, the South West Coast Path tends to be regarded as a series of adjacent smaller trails, from which shorter walks can be chosen to best suit the individual walker's needs and availability, if required. 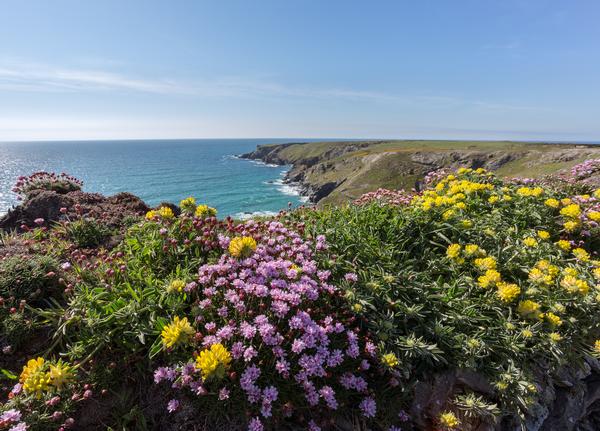 The South West Coast Path was a working path right up until the early 20th Century. In addition to use for every day travelling by locals, it was principally used to patrol the coast for smugglers.

At the height of the Napoleonic Wars, it's estimated there were some 100,000 people involved in smuggling in the area, with some of its less scrupulous exponents even luring ships onto the rocks from where they could plunder the wrecks.

By necessity, the trail commands great views out to sea and into any coves and inlets it happens upon. It had to be so in order that the customs officers could spot where smugglers were and what they were up to.

Reminders of its customs role can still be found periodically along the route with many of the old coastgaurds' cottages still standing today. 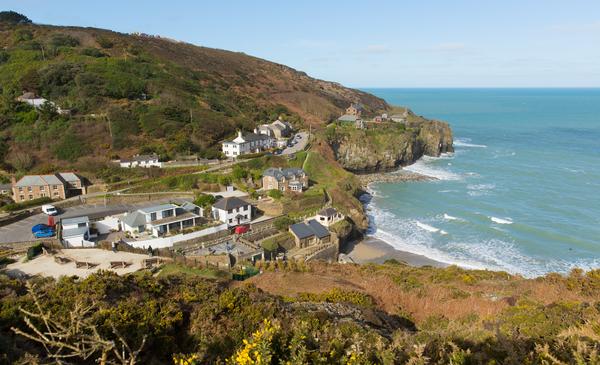 Much of the route is through official Areas of Outstanding Natural Beauty. In addition, with its unique geology and prehistoric features, the East Devon and Dorset Coast section has been officially designated a World Heritage Site.

The terrain along most of the route is remarkable, and testament to various geologies behind it. From metamorphic to granite to the harsh and jagged Iron Coast, there is a huge range of rock formation to be seen. 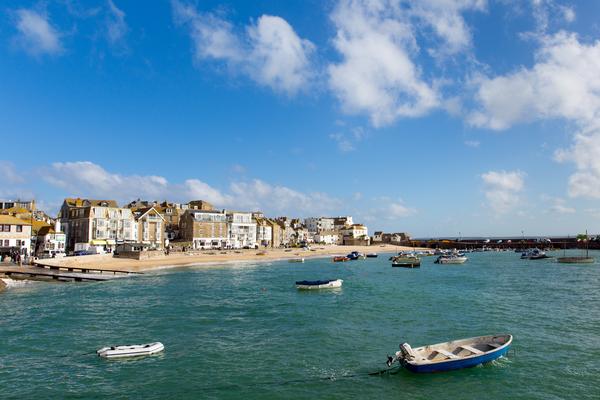 While the Cornish section tends to be the most popular, there is plenty to see and keep you engaged throughout the entire walk, from seaside resorts to picturesque villages to all manners of wildlife and absorbing historical features.

It's an overused phrase, but the South West Coast Path National Trail genuinely does have something for everyone.

An overview of the four sections mentioned above follows:

This section of the South West Coast Path National Trail takes you from Minehead through the cliffs and climbs of the Exmoor National Park and on to the sandy beaches of North Devon. 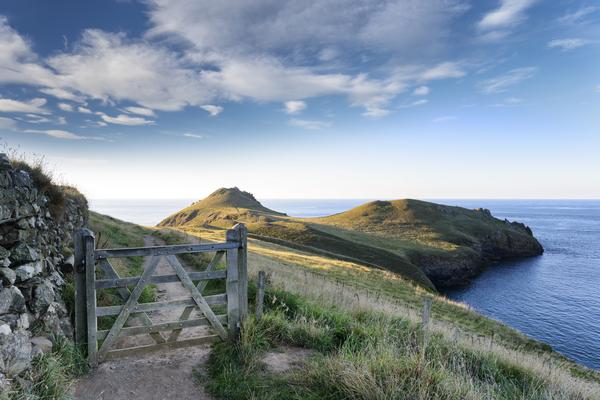 There are cliffs and pretty little villages to be seen as you make your way to Rock, the final stop before catching the ferry over to Padstow, where the next section begins.

Taking you from Padstow to Falmouth, this section of the South West Coast Path offers rugged scenery of rock and cliffs, with much to engage your interest along the trail. It's the kind of landscape you could imagine pirates and smugglers plying their trades through years ago. 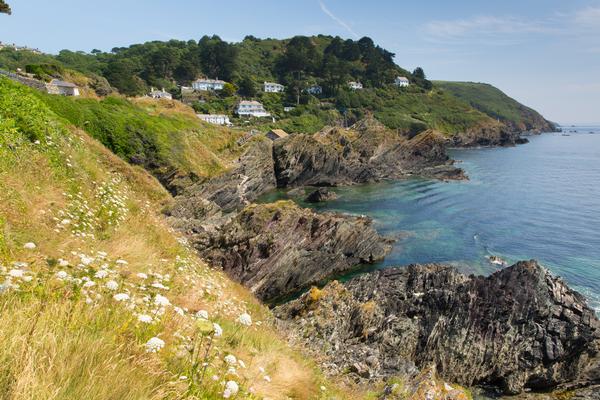 Lands End, mainland Britain's most westerly point, is also to be seen in this section. The mix of interest is partly what makes Cornwall such a popular section of the path.

In addition to the craggy cliff faces, there are seals and birds, sandy beaches, castles and relics and even dolphins to be seen. The walking can be taxing but the rewards are worth making the effort for. 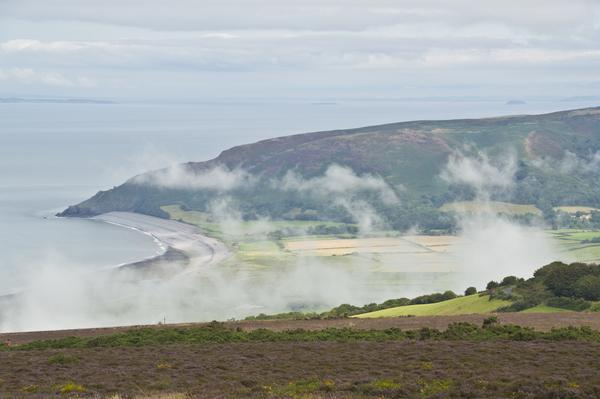 You should be aware of the necessity to pass through the military Tregantle range while in Cornwall. This is not always open to the public, and you should take advice from the MoD as final. The contact number for access information is: +44 (0) 1752 822 516.

This section sees you meandering through classically picturesque, Cornish towns and villages, some of which can be very busy with tourists.

Large towns are represented too, with St. Austell (Eden Project nearby), Plymouth and Torbay all making an appearance. 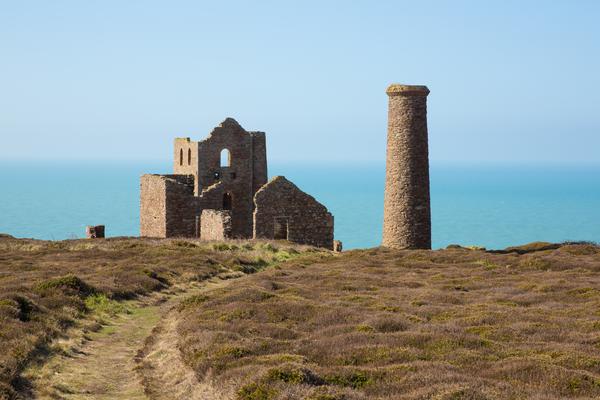 In the latter stages of the trail, you find yourself on the start of the 'English Riviera', as well as within the Dorset and East Devon Coast World Heritage Site, revered for it's unique illustration of life and development from Triassic through to Cretaceous periods and beyond.

The historically significant nature of this National Trail continues on this section, with key elements of the 'Jurassic Coast' being found in the rock arches at Durdle Door, in the fossils of Lyme Regis and in the impressive rock banks of Chesil Beach.

There are many larger resorts on this section, but also much stunning scenery to be savoured. The trail winds its way round headlands and lagoons and through well known towns before finally arriving at South Haven Point, across from Poole harbour, and the end of the South West Coast Path National Trail. 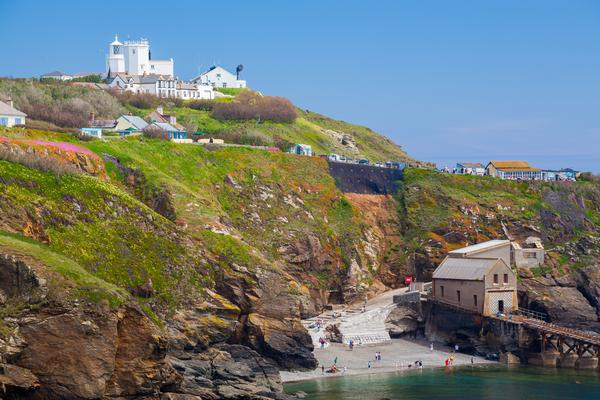 The South West Coast Path Association suggest the following 8 week itinerary for those planning to tackle the entire trail in one go: