You are here:  Towns -> Places to Visit in Somerset -> Weston Zoyland

Things to do in Weston Zoyland, Somerset 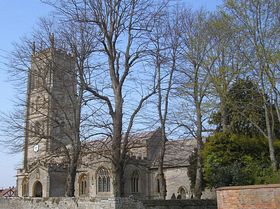 The year 1685 may seem a long time ago to anyone living in the early 21st century, but as a time-span it is actually less than 3 times the age of our oldest citizen.

The events in Somerset that year culminated in a murderous fight just outside the village of Westonzoyland, a conflict known today as the Battle of Sedgemoor. It was to be the last time that Englishman took up arms against Englishman and the effects of those events are still with us today.

Out on the Somerset Levels, where the mists swirl along the rhynes, the battlefield is marked by a granite memorial stone that that bears the inscription:

The battle between the highly trained army of the Catholic King James II and the pitchfork rebels of the Protestant Duke of Monmouth lasted barely an hour and contemporary writers gave the number of dead as anywhere between 700 and 2700.

It was said that most of the fatalities on the side of the King's army were buried in the Churchyard - one with a cannon ball in his chest.

The church itself was used as an impromptu prison for the captured rebels, some of whom were later hanged in the village. The Parish purchased frankincense, pitch and resin to clean and disinfect the church afterwards and paid for the bells to be rung as a day of thanksgiving then and a year later when King James himself made a brief visit to the battlefield.

The aftermath of the battle saw hundreds more of the rebels executed or deported into bonded slavery by "Hanging" Judge Jefferys during the Bloody Assize which was, without doubt, Somerset's darkest hour.

The village of Westonzoyland was originally a Saxon settlement but it developed in the middle ages, growing up around the Church and Manor House. It was known in medieval times as simply Weston or sometimes Weston Abbatis, in recognition of its ownership by the very rich and powerful Abbots of Glastonbury.

The Parish was formed in 1515 following division of the old Parish of Sowy with Westonzoyland deriving its name from being the western settlement on "Sowy", the name given, probably before 1066, to the 'island' between the rivers Cary and Parrett.

The Parish Church of St. Mary dominates the village and surrounding area with its beautifully crafted 15th Century tower soaring 125 feet above the flat landscape. The vestry is 13th Century and both the chancel and font came a hundred years later.

The roofs of the nave and the aisles are magnificent with traceried beams, pendants and bosses together with angels of peace looking down on the congregation below.

An RAF Ensign remains flying to remind the visitor that the village was home to a Royal Air Force Station from the 1920s until the late 1950s.

The runways of RAF Westonzoyland were massively extended in late 1943 in preparation for the D-Day assault by the United States 101st Airborne on 6th June 1944. The legendary "Screaming Eagles" immortalised in the TV series "Band of Brothers" launched from Westonzoyland and other airfields throughout the West Country.

In the post war years the Somerset Levels reverberated to the noise of Canberra jet bombers stationed at RAF Westonzoyland up until 1958. Some of these aircraft were deployed to Australia for the testing of Britain's atomic and then nuclear bombs in the 1950s.

In 1516 a tenant of the manor paid two shillings and four pence to brew ale and have an Inn in his cottage and another paid a shilling as a toll on ale for his cottage. Two "tapsters" were recorded in 1536, an alehouse in 1606, an unlicensed "tippler" in 1607 and two unlicensed tipplers in 1620.

The parishioners petitioned in 1651 to be free of alehouses, saying that they needed none and secured an order that no licences be issued without special consent.

Westonzoyland actually volunteered for Prohibition! In 1674, however, two Victuallers were licensed and an Inn was recorded in 1678. During the 18th century there was only one licensed house, known by 1777 as the Inn and after 1779 as the Three Greyhounds. The name was changed to the Sedgemoor Inn in 1970.

Close by the village is the home of Musgrove Willows, founded by Sam Musgrove in the 1930s and today's market leader in the provision of high quality willows for a great variety of purposes. Sam passed his experience on to Les who in turn handed the family tradition to his son Michael who now runs the business with his wife Ellen.

If you want to see some of their willows in action just look to your left next time you drive north up the M5 near Bridgwater; the Willow Man is very much a son of Westonzoyland! Also close to the village is the very excellent Museum of Steam Power and Land Drainage, which is well worth a Sunday visit.

Finally, no account of Westonzoyland is complete without mention being made of a very courageous 12-year-old villager by the name of Mary Bridge. At the time of the Pitchfork Rebellion a number of the King's Officers were billeted on the home of the Bridge family and one of them attempted to force his attentions on the lady of the house.

Mary Bridge happened upon the scene and, seeing her mother was being attacked, she drew the Officer's sword and fatally ran him through with the weapon. Mary was subsequently arrested and taken to Taunton to face a trial by Court Martial presided over by the dreaded Colonel Percy Kirke, a notoriously cruel man even by the standards of those desperate times.

Colonel Kirke heard the evidence and was so impressed with the girl's spirit that he pardoned her and presented the Bridge family with the sword, now to be seen in Taunton Museum.

Westonzoyland remains a quintessentially Somerset Levels village with a history stretching back to our Saxon forefathers. Today the village is peaceful and at ease with its sometimes-violent history, it definitely merits a visit and visitors are most certainly made very welcome. 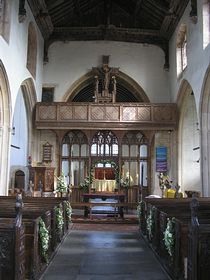 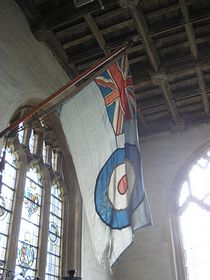 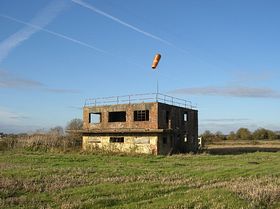 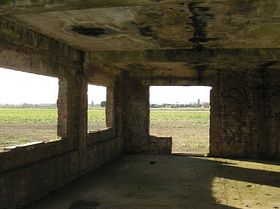 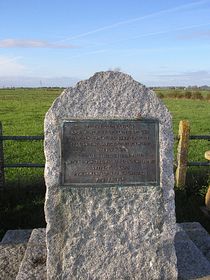 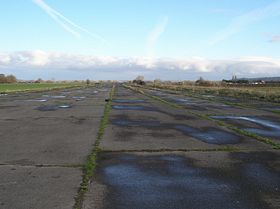 Days Out in Weston Zoyland

Places to Visit near Weston Zoyland