You are here:  Towns -> Places to Visit in Somerset -> Weston-Super-Mare

Things to do in Weston-Super-Mare, Somerset 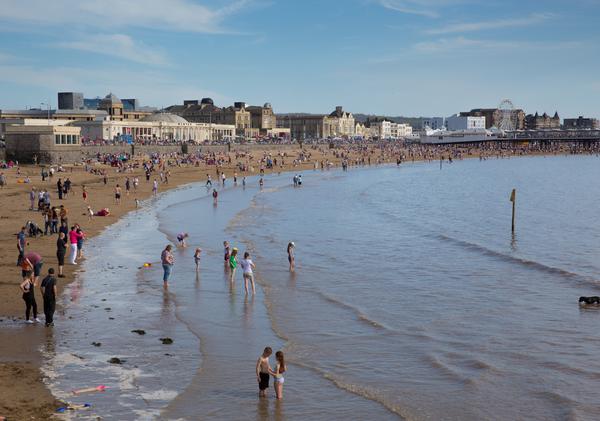 Weston-on-Sea, or Weston-super-Mare as it is better known, is a large seaside resort in Somerset. Its broad flat sandy beach is on the Bristol Channel, 18 miles southwest from Bristol itself.

Occupied as a small coastal fishing village since the Iron Age, the Romans settled in the area from 43 AD to 410 AD. 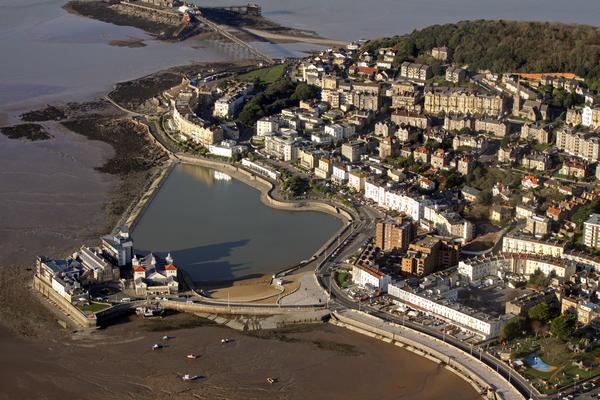 In 1568 calamine was found in the hills which was essential for brass production. The area is still marked by spoil heaps. All that remains of 18th century Weston is the Old Thatched Cottage Restaurant building and Glebe House, once a rectory, in Grove Park.

In the 19th century the town became a thriving Victorian seaside resort. The first hotel opened in 1910 and soon the sands were covered with bathing machines and the promenade was thronging with visitors. 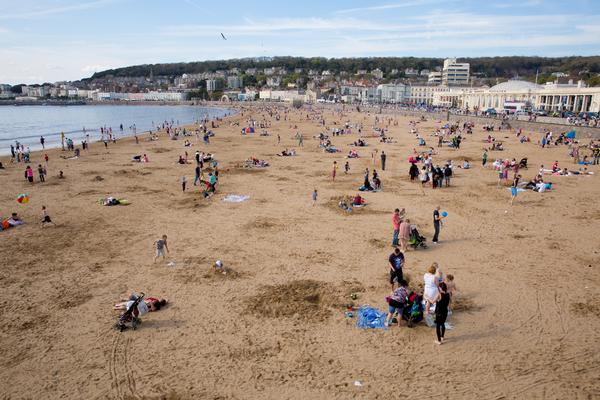 The railway arrived in 1841 and made Weston-super-Mare very accessible from Bristol, Bath and other wealthy cities. In fact it had not one but three piers, which still remain in use. Tourism in the town declined in the mid 20th century as sunshine holidays abroad became more affordable.

The Grand Pier was built in 1903 and was extended a further 1,500 feet in 1907 to provide a dock for boat trips to Cardiff. However, the dangerous currents quickly made landing too risky and the extension was demolished. 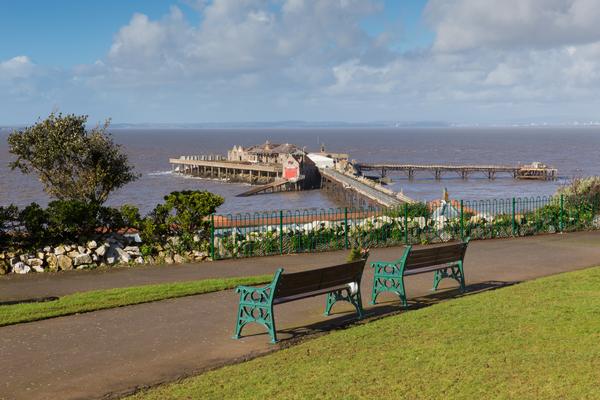 The pier originally had a theatre, but after a fire in 1930 the replacement pavilion had a funfair instead.

Just weeks after multi-million dollar improvements had been completed in 2008, the pier caught fire. The fire alarm alerted the alarm monitoring company in Essex who could not contact the keyholders by mobile phone and ignored the alarm.

The fire burnt from 1.35 am until 6.46am when the local fire brigade was finally notified. The 85 firefighters arrived too late to put out the blaze. 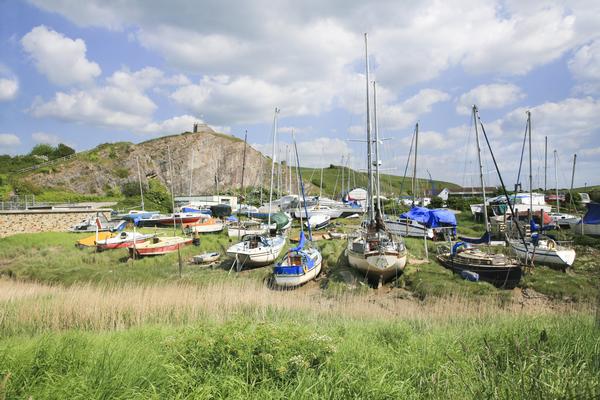 A magnificent new pier has since been rebuilt at a cost of £39 million with modern-day attractions and entertainment.

Modern-day Weston-super-Mare has over 70,000 inhabitants, according to the 2001 census. 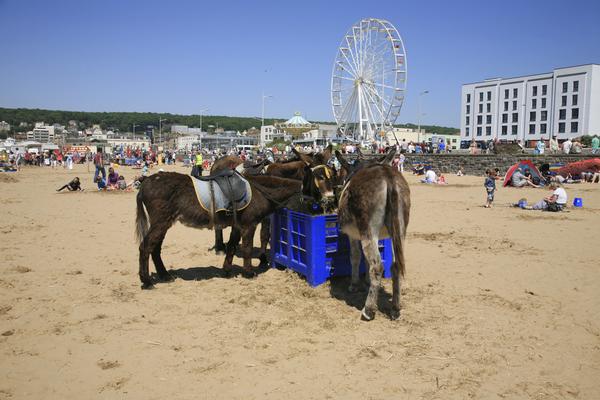 The Grand Pier is the main pier on the seafront. It is now a magnificent modern theme park with rides, shows and entertainment. Go karts, dodgems, simulator rides, a laser maze and a funhouse makes this a great all-weather attraction. 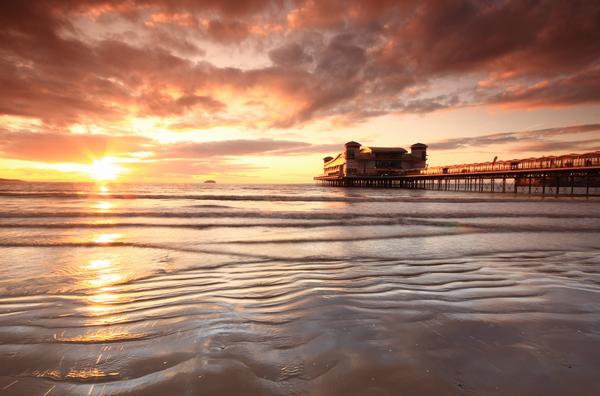 Weston's sandy beach, piers and parks attract visitors for weekend breaks and family holidays in the summer. The town has plenty of shops and services serving the local community and its many visitors.

Things to do in Weston-super-Mare 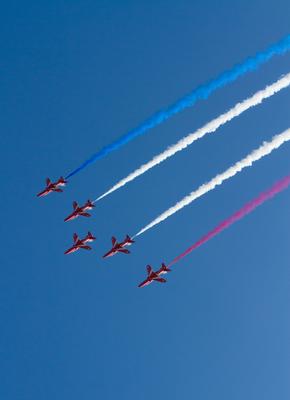 The 40 metre high Wheel of Weston gives great views from the promenade.

The town also has a SeaQuarium and is popular for windsurfing and other watersports on the lovely beach.

Regeneration funding in Weston-super-Mare has produced a number of excellent tourist attractions.

The Helicopter Museum has a fine collection of military and civilian helicopters and autogyros.

Helicopter Experience Flights can be booked by appointment. 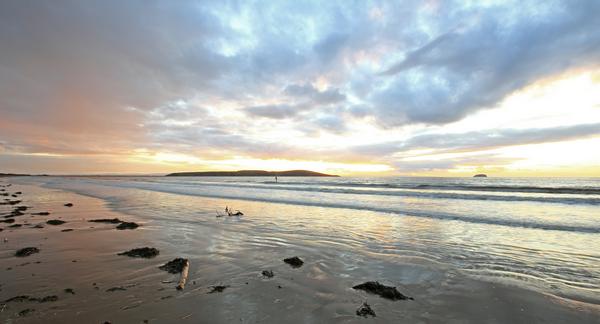 The North Somerset Museum traces local history back to prehistoric times and has archaeological artifacts and human remains found in the Iron Age Worlebury Hill Fort. 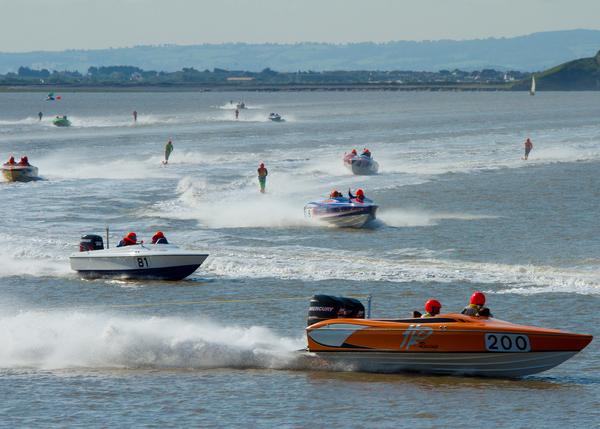 It also has some replica sets showing life on the Home Front in World War II and a 19th century chemist's shop.

Days Out in Weston-Super-Mare

Places to Visit near Weston-Super-Mare