You are here:  Towns -> Places to Visit in Devon -> Ugborough

The South Hams was thinly populated when the English came south from Dartmoor. Unlike Cornwall there is little Celtic influence. The Anglo-Saxon settlers were agricultural rather than seafaring and by the mid 6th century were farming most of Devon. The name Ugborough derives from 'Ugga's fortified place'. There were five Domesday Manors plus two smaller ones, and three post-Domesday Manors.

Until the 19th century, Ugborough Parish was the largest in the South Hams, but over the years boundary changes have reduced it. The present Parish boundary extends out onto the moors to Redlake where china clay was extracted intermittently between 1913 and 1932. A narrow gauge railway, over 8 miles in length, was built from the drying house at Cantrell, Bittaford (currently the Westmac factory) around Western Beacon and on to Redlake. Up to 100 workers were employed, many living at the site and returning home for the weekend.

The Church at one time was known as the Cathedral of the South Hams. The earliest record of the church dates from 1121. The Norman nave and its supporting arcade were built before that date and it is possible there was an earlier church on this site. The Church and churchyard are entirely contained within a small prehistoric earthwork. There are two unusual 14th century bosses on the roof beams of the North Aisle, one depicting a smith and his anvil, the emblems of St Eloy, patron saint of farriers and smiths; the other represents the legend of St Brannock, a Welsh abbot of about 550 AD who landed at Barnstaple on his missionary journey. He dreamed that he should build a church where he found a white sow and eight piglets. This he did at Braunton, North Devon.

The new Burial Ground opened in 1977 and is situated at the bottom of Donkey Lane. It is owned by the Parish.

Sheep and cattle markets were held monthly in the village Square at Ugborough. The first Annual Fair took place on 25th May 1752. It is still held regularly but now takes place on the second Saturday in July.

The ownership of the square was disputed in 1848 when the Church built the flight of steps in front of the Church Wall. The Courts declared the land to belong to the Manor of Ugborough, at that time in the possession of the Carew family. The building of the steps was accepted on payment of a token.

In 1976 Devon County Council resurfaced the square making out the parking places, cobbling the pavements, replacing street lights with lanterns, rebuilding the bus shelter and declared the Square and surrounding area a Conservation Area. The trees were donated by various organisations and individuals. 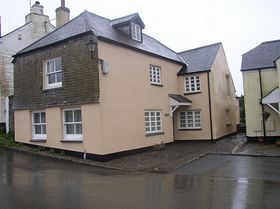 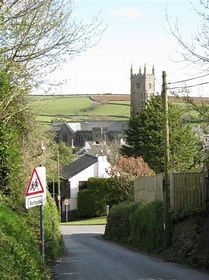 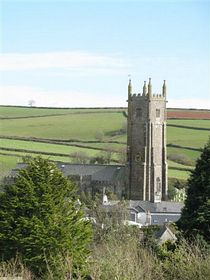 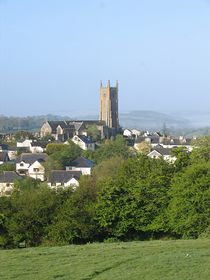 Days Out in Ugborough

Places to Visit near Ugborough