You are here:  Towns -> Places to Visit in Norfolk -> Thuxton

Thuxton is situated mid point between Wymondham and Dereham on the B1135. Norwich City Centre is 14 miles.

Thuxton station was built in 1912 and was used in the early 1900s to commute locally to and from Norwich or Fakenham.

Thuxton Station once had twin tracks running through with raised platforms with waiting rooms on both the East and West Tracks the West Track was complete with loading dock / parcel room and sidings The station was used by local farmers to get livestock into Norwich Markets.

The Wymondham to Dereham Line was owned and operated by the Great Eastern Railway nicknamed the 'Line to no where' as the line at that point had no mainline connections until its closure in July 1967 the last commercial train to run on the line was the Fakenham Flyer.

Decommissioned in the 1960s the remaining line only runs from Wymondham to County School as the route of the old line has been taken up and the bridges removed with some of the route compromised by new roads.

The line was reopened by Mid Norfolk Railway Trust in 1995, the Wymondham to Dereham Line operates a scheduled service during the summer.

The main example of this is the A47 west of East Dereham this long straight stretch of road once formed part of the main Norwich to Kings Lynn line.

Local amenities include: Norfolk Golf and Leisure Club. Less than a mile from Thuxton Station, The Norfolk Golf and Country Club, which is considered to be one of the finest new courses in East Anglia. Built in 1993 and allowed to mature for two years before play commenced on it, this new course meanders through more than 200 acres of rolling Norfolk countryside, including ancient ditches, hedging and woodland. The greens built to USGA specification are substantial, with the 9th being over 1000 square yards. All the changes and improvements have been made to ensure the course is testing but fair to golfers of all ability.

Mid Norfolk Railway: Catch the Train At The Station. - Weekends and Wednesdays (Summer only) The Mid-Norfolk Railway Preservation Trust was established in 1995 with the aim of buying the then-disused line between the Norfolk market towns of Dereham and Wymondham, and restoring regular passenger services for the first time since the line closed in 1969. We currently own 28km (17.5 miles) of track and trackbed through central Norfolk's most attractive countryside, making us one of the largest preserved railways in the UK today.

Behind the Station - Walking Distance. Railway Lake is a 60-peg spoon-shaped water only 10 minutes from the main site at Barford and has been developed with silver fish anglers specifically in mind, it is stocked with roach, rudd, quality bream, tench, chub, skimmers and some small carp. As a result of the mix of fish, it is expected rapidly to become a top class winter fishery, which is being used predominantly for matches. Although Railway Lake is predominantly a silver fish water, small carp were introduced at the end of September 2001 to keep the water coloured and to combat the tightly shoaling silver fish. However, to enable anglers to keep to using light tackle when fishing for all species, the carp will be kept below the 4lbs mark. 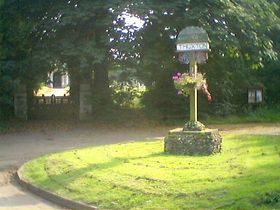 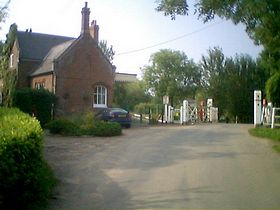 Places to Visit near Thuxton