You are here:  Towns -> Places to Visit in Wiltshire -> Swindon

Things to do in Swindon, Wiltshire 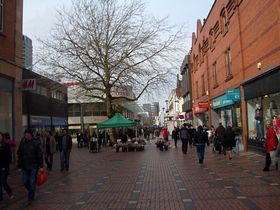 Swindon is a large Wiltshire town on the north side of the M4 between Bristol and Reading.

The original Saxon town of Suindune was well positioned on the top of a limestone hill. For centuries it remained a small market town and trade was mostly by barter.

In the early 19th century the Wiltshire and Berkshire Canal was built and along with the North Wiltshire Canal brought trade to the area.

In 1840 the great engineer, Isambard Kingdom Brunel, established his works for the Great Western Railway in Swindon with a major junction with the line to Gloucester. It firmly established Swindon as a railway town.

Every train had to stop at Swindon to change locomotives, taking at least ten minutes, and in 1842 the first station café was opened to offer refreshments along with a hotel and lounge.

Many GWR employees lived in a purpose built workers' village and they all had deductions from pay to contribute to a healthcare fund - a precursor to the National Health Service. The Mechanics Institute and Library made these manual workers some of the best educated in the country.

In 1960 the last steam engine to be built in Swindon was the Evening Star. The railway, the town's largest employer, closed in 1986. Fortunately the Town Clerk had foreseen the decline and had actively brought many other employers into the area, averting total disaster for the local economy.

The urban area of Swindon has a population of approximately 155,000. The original town is now known as the Old Town with quiet courtyards and alleyways lined with small shops and old pubs.

In the early 21st century much of the town centre was regenerated and now offers excellent shopping and other facilities. The Brunel Centre and Parade were built on part of the filled-in canal. There is a tented market, several retail parks and a McArthur Glen Designer Outlet Mall.

The Arts Centre puts on theatrical events, one-man shows and musical performances along with the Wyvern Theatre.

One of Swindon's main claims to fame is that it is the home of the Bodleian Library depository and has 153 miles (246 km) of bookshelves!

Things to Do Around Swindon

Swindon has a number of Heritage Trails which take visitors around the 270 buildings, workplaces, houses and pubs which capture the industrial heritage of this railway town.

Swindon's Festival of Literature takes place in early May followed by the Swindon Mela and the Big Arts Day in July.

Studeley Grange Craft Village is inside Blooms Garden Centre and is a pleasant place for gardeners and crafters to browse.

The town has several public parks including Shaw Community Forest on a former landfill site.

Lydiard House and Park. Open all year, visitors can tour the State Rooms of Lydiard House, stroll around the beautiful Georgian walled garden and explore 260 acres of lawns, lakes, woods and parkland. Plus there is a large children's play area and cafe.

As well as the Steam Railway Museum and the Railway Village Museum, Swindon has the first Computer Museum in the UK.

Other activities in the area include paintballing, boat hire on the canal, railway rides, archery, quad biking, bowling, ice skating and wildlife at Cotswold Wildlife Park and Garden. 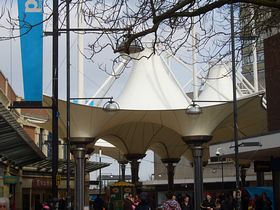 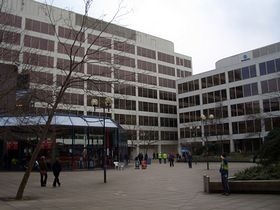 Days Out in Swindon

Places to Visit near Swindon