You are here:  Towns -> Places to Visit in Moray -> Lossiemouth

Things to do in Lossiemouth, Moray 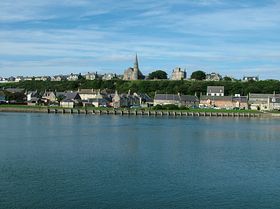 Best known as the home of RAF Lossiemouth, the port town of Lossiemouth is situated on the Moray Firth. Once a popular spa town in Victorian days, it continues to be known as the "Riviera of the North" with its mild dry climate influenced by the Gulf Stream.

One of the earliest settlers was a hermit who lived in a local cave in the 10th century. He would walk the headland with a flaming torch to warn ships of the dangerous rocks around Covesea and Halliman Skerries and became known as St. Gervadius.

Lossiemouth was originally developed in the mid-1700s as the port for the nearby town of Elgin. It only seriously developed, however,in the 1800s when Branderburgh Harbour merged with neighbouring Seatown and Stotfield and the area became known as Lossiemouth, or simply "Lossie".

With the arrival of the railway at Elgin, the harbour on the east side of Lossiemouth was extended and the local fishing fleet relocated from the river to the new harbour.

The port continued to prosper, despite the North Pier being washed away in a storm in 1936.

RAF Lossiemouth was opened in 1939 and is an important part of the local community. It is a base for several squadrons including 617 Squadron - the Dambusters. Aircraft buffs will find plenty of opportunities for spotting Tornados, Sea King helicopters and visiting NATO aircraft.

One of Lossiemouth's most famous sons was Ramsay MacDonald. Born in the town in 1866, he became Britain's first Labour Prime Minister.

Lossiemouth has gradually changed to meet new demands. The eastern harbour was redeveloped as a spectacular marina for yachts and the railway buildings have made way for housing and apartments overlooking the scenic Moray Firth.

The northern harbour remains home to the local fishing fleet and the fish market.

Wide streets are lined with commercial buildings and historic architecture such as the Library, Baptist Church and the three-storey Fisheries Museum.

In contrast the narrow back streets are bordered with humble fishing cottages.

Two sandy beaches continue to attract many visitors to Lossiemouth.

West Bay stretches for three miles beyond Covesea Skerries Lighthouse, built in 1846 after 16 ships foundered in a single storm.

The East Beach is backed by dunes and is reached along a pedestrian bridge which spans the River Lossie.

The impressive architecture of Gordonstoun School is just along the coast.

Things to Do in Lossiemouth

Lossiemouth is a great place for golfers with a good choice of golf courses in the area including the well-known Moray Golf Club to the west of the town. The classic links course was designed by Tom Morris in 1899 and the new precision course was created by Henry Cotton in 1979.

Visitors can enjoy long walks in this scenic area along the beautiful sandy beaches.

The waves along the West Beach are popular with surfers.

Go sailing from the harbour or take a boat trip and enjoy dolphin spotting and sea fishing.

Visit nearby Spynie Palace, which was the bishop's seat of power for over 500 years. It is now in the care of Historic Scotland. 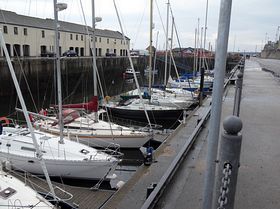 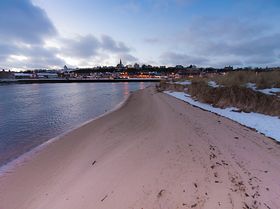 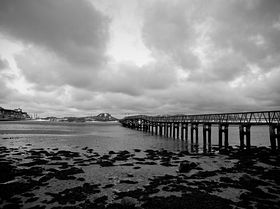 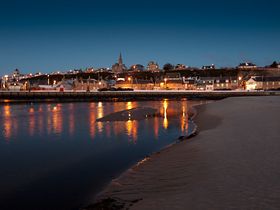 Days Out in Lossiemouth

Places to Visit near Lossiemouth