You are here:  Towns -> Places to Visit in Lothian -> Linlithgow

Things to do in Linlithgow, Lothian 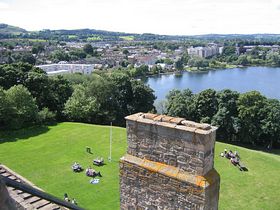 Linlithgow is a historic town and Royal Burgh in West Lothian. It is midway between Edinburgh and Stirling, giving it great strategic importance. Visitors are sure to be made welcome as the town's patron saint is St. Michael and the town motto reads: St. Michael is kinde to straingers!

The sizeable town of 14,000 residents has a distinguished history as an administrative centre of Scotland. Linlithgow Palace was a favoured home of Scottish royalty and Mary, Queen of Scots was born there.

The name means "place by the lake in a damp hollow" and the lake, of course, is Linlithgow Loch.

During the Dark Ages, the area was part of the Kingdom of Strathclyde and was later controlled by the Northumbrian Angles who built wooden defences.

In 1130 AD, King David I made Linlithgow a Royal Borough.He built a royal manor overlooking the loch, close to the Church of St. Michael, but both later burnt down. By the late 13th century the town had a priory, tannery and several mills. Under Edward I of England, the first Linlithgow Castle was built of wood. It was occupied until 1314 when the English were defeated at the Battle of Bannockburn.

The town established a port at Blackness to export coal in the 1400s. However, the Union of the English and Scottish Crowns caused some decline as the royal family left Linlithgow Castle and moved south to London.

Engineering, distilling and an armaments factory in World War I later kept the town busy.

Progressive modernisation of the town saw old housing sadly cleared in 1967 and replaced with "The Vennel", derived from the French meaning "alley" or "lane" leading to an open area.

Linlithgow is close to the M9 and is well visited by tourists looking to tick off some of Scotland's most popular sights.

In the centre of the town is the magnificent Burgh Hall, built in 1668, and the Cross Well built in 1807. The High Street, with its attractive shops, runs parallel to the Union Canal and the railway line, built in 1842.

Overlooking the town is St. Michael's Parish Church, completed in 1540 but badly damaged in 1559 when the English Reformation arrived with a vengeance. It has some beautiful stone and wood carvings, stained glass windows and an unusual aluminium "crown" added to the tower in 1964.

Next to the church is the impressive Linlithgow Palace, now roofless and standing on a commanding mound overlooking the loch. It was last inhabited in 1746 by the troops of the Duke of Cumberland who were tracking Bonnie Prince Charlie. They set fire to the palace when they left. However, the well-built shell survived and gives a great impression of this former royal palace.

Things to Do in Linlithgow

The bare structure of Linlithgow Palace is a must-see with its well-preserved Outer Gate, Great Hall, North Range, South Range, West Range and magnificently restored fountain in the courtyard.

The Annet House Museum has excellent exhibitions of the town along with a garden and maze.

The Linlithgow Canal Centre offers a fascinating history of the Union Canal along with boat hire, boat trips and a tea room. 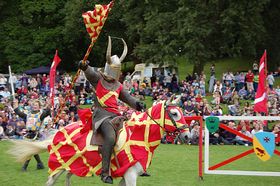 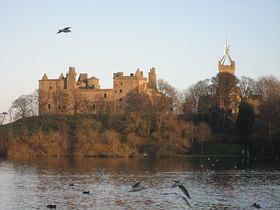 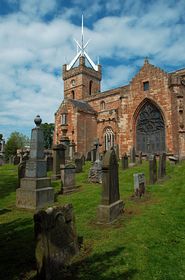 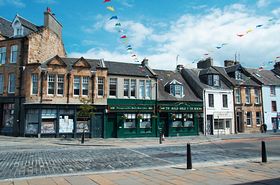 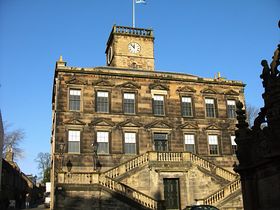 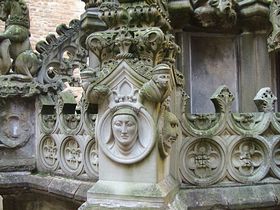 Days Out in Linlithgow

Places to Visit near Linlithgow