You are here:  Towns -> Places to Visit in Kent -> Kingsgate

Kingsgate Bay is arguably one of Kent's most beautiful beaches - secluded, sandy and nestled between chalk cliffs, North Foreland golf course and the historic Kingsgate Castle.

The Castle itself is Grade 11 listed, built in 1760 by Lord Holland (the whig politician, Henry Fox) who owned much of the surrounding countryside. All was lost though by his son Charles, a dissolute gambler.

Successive owners inluded Jonas Levy, a major shareholder in the London to Brighton railway; Lord Avebury (John Lubbock),a wealthy banker, and and the press magante Lord Northcliffe who turned the Castle into a hotel; which was visited by film stars of the day such as John Mills, Peggy Ashcroft and Constance Cummings.

Today the Castle is divided into private apartments. 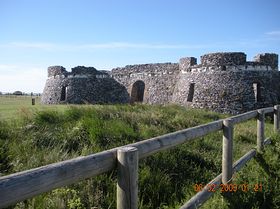 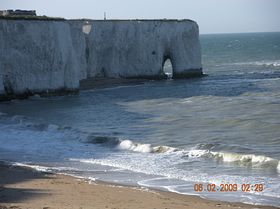 Days Out in Kingsgate

Places to Visit near Kingsgate