You are here:  Towns -> Places to Visit in Norfolk -> Gorleston-on-Sea

Things to do in Gorleston-on-Sea, Norfolk 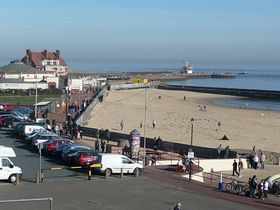 Gorleston-on-Sea is a village of around 5,800 residents just south of Great Yarmouth in Norfolk. Often known simply as Gorleston, it is located on the banks of the River Yare. A red brick lighthouse guides local boats and supply ships serving local gas rigs around the tricky bend into the river estuary.

Gorleston-on-Sea has a long history dating back to 1086 when it was listed in the Domesday Book for its salt pans. By the Middle Ages two manors had developed - Gorleston Manor, which still remains, and Bacons Manor. Moving on from its salt pan industry, the town became a major port for herring fishing and tourism in the Victorian era.

Such was the town's importance it had three railway stations, the final one closing back in 1970.

Famous local residents include footballer Jeremy Goss, who played for Norwich City, and singer Myleene Klass from the pop group Hear-Say. Another Gorleston hero was William Adams who lived in the area from 1864 to 1913 and was a swimming instructor. He is credited with saving 140 people from drowning in many different incidents during his time as a bathing hut attendant on Gorleston Beach.

Gorleston today has much to recommend it. It has retained its elegant Edwardian charm around the seafront which has well maintained park gardens. The local high street supports several small supermarket chains and pharmacies. Along the seafront are numerous cafés and beach shops, two large hotels and many smaller guesthouses.

The town has a new library, a choice of restaurants and several pubs. On Baker Street there is a Parish Church and the remains of a much older Priory which was probably the source of the Gorleston Psalter manuscript and some medieval brasses which are now in the British Museum.

With good schools, a small hospital and the popular Gorleston Golf Club to the south of the town, it offers a good quality of life for locals. The cliffs separate the town from the fine sandy beach which boasts clean waters and has blue flag status.

Things to do in Gorleston-on-Sea

Visitors to Gorleston-on-Sea should enjoy a stroll along the promenade to the RNLI lifeboat station on Riverside Road. It was founded there in 1866 and now has a Trent class lifeboat and a smaller inshore lifeboat which are manned by brave locals.

The long sandy beach is popular in summer and is rarely crowded. It is ideal for families to dig in the sand, play games, swim or relax in a deck chair. It is a popular beach for windsurfing. At the foot of the cliffs there is a paddling pool and yacht pond, a bowling green and tennis courts.

Guests can stroll along the clifftop and enjoy the views of the beach, pier and harbour mouth. There is also a pitch-and-putt course and a bingo hall. The Gorleston Pavilion puts on a lively theatre program during the busier summer months with a varied range of plays and entertainment.

Places of interest to visit around Gorleston-on-Sea are the Time and Tide Museum, the Great Yarmouth Row Houses, Greyfriars building and the Berney Arms windmill. 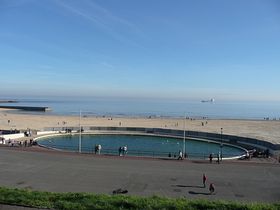 Places to Visit near Gorleston-on-Sea