You are here:  Towns -> Places to Visit in Devon -> Clovelly

Clovelly is a totally unique little fishing village nestled in its own little cliff-hanging nook on the western curve of Bideford Bay. The village comprises its cobbled High Street with a few similarly cobbled offshoots, bordered by its terraces of whitewashed houses. Whilst many North Devon villages have cobbled streets and whitewashed houses, I've used the term "totally unique" here quite purposefully, as the village has so many individual characteristics which make it one of the most special places here on the North Devon coast.

One of the most significant pieces of this uniqueness is the fact that the whole village (with the possible exception of its tea rooms) is in fact privately owned, having been in the same family, the Hamlyns (and their descendants) since 1738. The village is now owned and managed through a charitable trust, The Clovelly Estate Company, by its "Lord of the Manor", the Hon. John Rous (known locally as JR) who resides at the stately house of Clovelly Court at the top end of the village.

The village was restored in the early 20th century, at the instigation of Mrs Christine Hamlyn, after it had fallen on hard times and whilst many of the new facades are relatively recent the earlier houses behind them date from the 15 and 16th centuries. Being under private ownership has meant that there has been no modern development of the village, no houses sold off as holiday lets or second homes, and that the village is effectively a museum piece. However this is no ordinary "museum-piece and Clovelly has developed its own persona as both a living, working community as well as a major tourist destination.

The narrow cobbled High Street which steps steeply the length of the village down to its harboured quay has never seen a motor vehicle and for most of the 20th century all goods, deliveries and removals were effected by donkeys. The village's only piece of modern development is that the donkeys have now been replaced by humans, strapping lads (and lassies) who hand-draw sledges which transport anything which needs to be transported downhill! The donkeys meanwhile have been retired gracefully and now reside in a paddock at the top of the village where they are available for children's rides as well as the couple in the village for photo-ops. 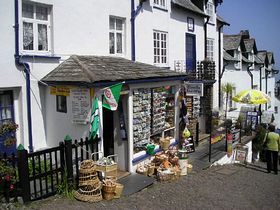 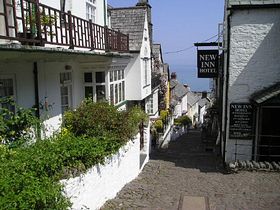 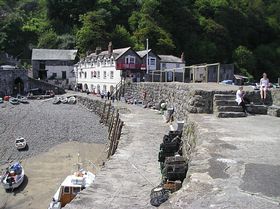 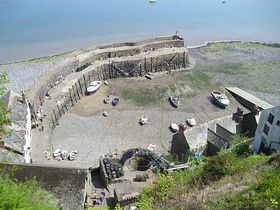 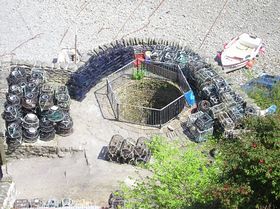 Days Out in Clovelly

Places to Visit near Clovelly