You are here:  Towns -> Places to Visit in Kent -> Cliftonville

Things to do in Cliftonville, Kent 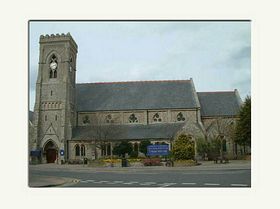 Cliftonville is a suburb of East Margate in Kent. Its long sandy beach at the foot of the cliffs has been a popular holiday destination since Victorians first took to sea bathing.

This was where the first covered bathing machines were invented in 1753 by Benjamin Beale, a local Quaker, and they drew quite a following by the 19th century.

In its heyday, West Cliftonville was considered the fashionable quarter of Margate and its seafront was lined with small hotels and boarding houses along with a large Butlins complex.

Writer T.S.Eliot spent time convalescing at the Albemarle Hotel in Cliftonville in 1921 and he wrote parts of his well-known poem The Waste Land in the promenade shelter at Nayland Rock, now a Grade II listed building. John Betjeman also found inspiration here when he wrote his poem Margate 1940.

Part of Cliftonville is known as Palm Bay and has wide suburban avenues lined with 1930s detached and semi-detached homes. The original classy avenues were Gloucester Avenue and Leicester Avenue with newer housing being built more recently around the original desirable addresses.

Cliftonville shopping area is in Northdown Road and has several banks along with Boots the Chemist, a Tesco supermarket, post office and various family businesses. Visitors will also find an attractive award-winning art gallery along with coffee shops, cafes, pubs, churches and other services in the town centre.

The town has several churches such as the lovely St Anne's Catholic Church and Presbytery and the unusual St Michael and St Bishoy Coptic Orthodox Church.

For family amusements, Cliftonville is well endowed with a ten pin bowling alley, tennis, crazy golf, a bowling green and bandstand which hosts concerts and local events including a farmers' market. The Winter Gardens Theatre is well known for its high class entertainment.

Things to do in Cliftonville


The Thanet coast around Cliftonville is ideal for breezy cliff top walks, seashore safaris and seal trips on offer.

The sands at Cliftonville provide many happy hours for splashing in the sea, digging sandcastles and riding donkeys. Those wanting a little more excitement can go kite-boarding, surfing or jetskiing. Whelks, candyfloss and traditional fish and chips can all be found here!

Margate has a host of tourist attractions, amusement arcades and funfairs along its seafront. It offers traditional seaside fun for families and retirees.

Margate Old Town is the local history museum for the area, housed in a lovely 17th century building. It has some excellent exhibits as well as small shops which add to the area's desirability.

With the opening of the new Turner Contemporary Art Gallery, Margate will be well and truly on the map of keen culture vultures. Events and festivals in the Cliftonville area include the Big Sky Festival of Motorsports, Margate's Big Event in June and the Big Sky Jazz Festival in July.

Just out of Cliftonville is Quex Park which includes a Regency country house and gardens with a fantastic private museum collection of porcelain, artworks and stuffed animals from Africa and Asia. It was the 2010 winner of an award by the Pride of Thanet Tourist Board.

The historic city of Canterbury with Canterbury Cathedral and attractions such as Canterbury Royal Museum and Art Gallery , Canterbury West Gate Towers and Canterbury Roman Museum are just 17 miles away. 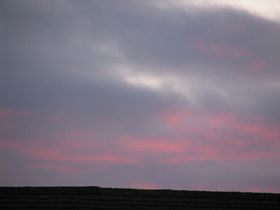 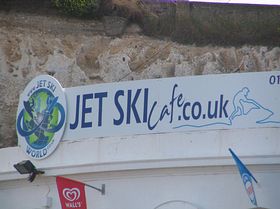 Days Out in Cliftonville

Places to Visit near Cliftonville