You are here:  Towns -> Places to Visit in Wiltshire -> Castle Combe

Things to do in Castle Combe, Wiltshire 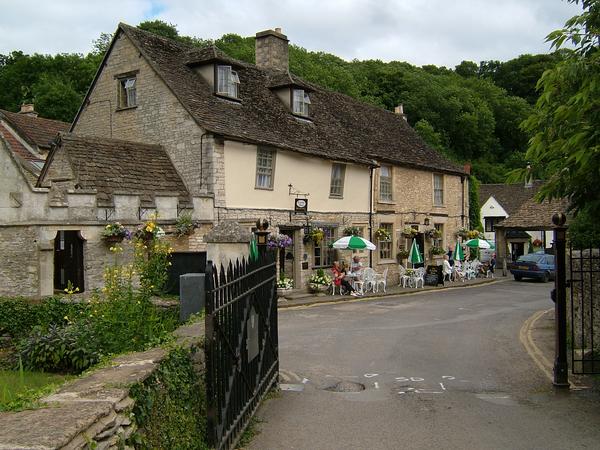 Once named the prettiest village in England, Castle Combe is a small and charming village in Wiltshire, six miles north-west of Chippenham. It has been a popular place for visitors ever since.

The tranquil village setting was used in the 1960s for the filming of Dr Doolittle by 20th Century Fox and more recently in Spielberg's War Horse.

In the 15th century the village was known for its distinctive red and white fabric which was produced in the area and called "Castlecombe".

The By Brook supplied water for washing the fleeces and driving the primitive machines for fulling the wool. At that time the village was owned by Sir John Fastolf, a knight and lord of the manor. 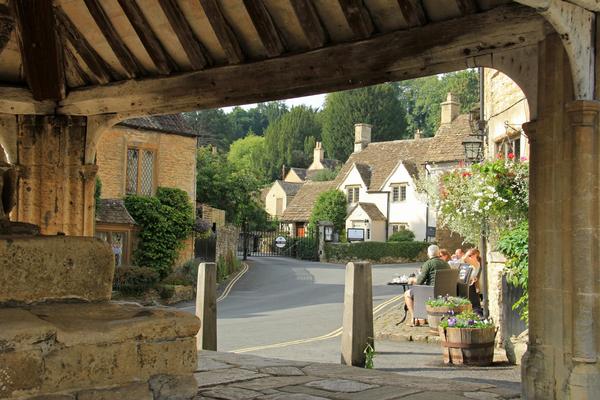 The weaving was done in the local cottages; in fact, 50 cottages were built specifically for the dyers and weavers back in the 16th century.

The industry began to decline when the flow of the brook diminished and by the 19th century the production was carried out in larger, more industrial towns.

Castle Combe then reverted to its former agricultural activities.

The castle was built originally as a Roman fort and was replaced by the Normans in 1135 with a stone-built structure.

By the 14th century it had fallen into neglect and the valuable dressed stone was carried off and used for building local housing.

All that remains of the original castle are a small motte, the earthworks and four baileys.

To the south-west of the castle the Manor House was built in the 14th century.

It was dramatically upgraded in Victorian times and is now a beautiful stately home with a gabled roofline, tall chimneys and turrets.

In 1947 the Manor House became a hotel, as it is today, and the cottages were auctioned off. 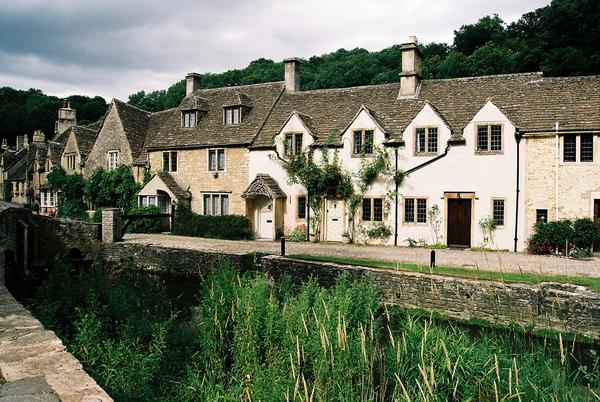 Castle Combe is the archetypal English country village with stone cottages lining the gently curving downhill street from the main car park above. Many of the properties are ancient monuments.

At the centre of the village is the Manor House Hotel in gorgeous 365 acre grounds with the By Brook running through it. It is a great place to order tea on the lawn on a sunny day!

The covered Market Cross dates back to well before 1590. Nearby is a mounting block for getting onto horses, and the remains of a buttercross.

The village has a delightful mediaeval church, the Church of St Andrew, which has a tower with a famous faceless clock, built by the local blacksmith in 1380.

The White Hart is a historic half-timbered building beneath its more recent façade and the Dower House draws many admiring visitors to photograph its pretty exterior, built in 1700.

Things to Do Around Castle Combe

Castle Combe is the home of a famous motor racing circuit, Castle Combe Circuit which hosts many track days and racing events throughout the year on the former RAF airfield.

The Manor House Golf Club has an 18-hole par 72 golf course with a course length of 6,500 yards. It is one of the most challenging in the south of England with spectacular scenery.

Horseriding is a splendid way to enjoy the area, along with hiking, cycling and scenic drives through the countryside.

Days Out in Castle Combe

Places to Visit near Castle Combe