You are here:  Towns -> Places to Visit in Hertfordshire -> Berkhamsted

Things to do in Berkhamsted, Hertfordshire 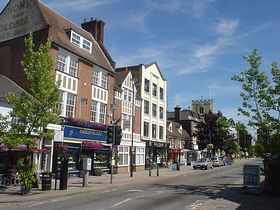 Where in Britain might you stumble across an authentic Canadian-carved totem pole? Or find the hub of the chilli-growing industry? The answer is Berkhamsted in Hertfordshire, 30 miles north of central London.

Built on a Roman road (Akerman Street), Berkhamsted conjures up a colourful history dating back to its Saxon castle and beyond. It was there that William the Conqueror was handed the crown in 1066 by Harold II's heir, Aetheling Edgar, before going on to be officially crowned king in Westminster Abbey.

Berkhamsted Castle is one of the oldest motte and bailey castle sites in England. The original timber construction was replaced by stone around 1080 and was a favourite home of the royal Plantagenets. The Black Prince took his new bride, Joan of Kent, there on honeymoon in 1361 and poet Geoffrey Chaucer was Clerk of the Works for a time.

The castle, which is now demolished, was abandoned in 1495 and much of the stone found its way into the nearby manor. During World War II the grounds of Berkhamsted Castle were used as a store for many of London's statues.

Berkhamsted School dates back to 1541, when it was founded by Dean Incent. Other famous connections include poet William Cowper, born in Berkhamsted Rectory and author Graham Greene who was born in the town. James Barrie often visited and based the children in his tale of Peter Pan on the family who lived in Egerton House.

In 1798, the Grand Union Canal opened and was a major route for goods between London and the West Midlands. Castle Wharf was known as the Port of Berkhamsted.

The "Father of Inland Navigation", the Duke of Bridgewater lived at Ashridge Estate, now in the hands of the National Trust.

Berkhamsted is an elegant town with charming half-timbered architecture protected within a conservation area. The town is situated on the Grand Union Canal and the River Bulbourne, which provide pleasant opportunities for walks, fishing, boating and nature spotting.

St Peter's Parish Church was consecrated in 1222 and holds a marble tomb of a knight and his lady. The Old Town Hall is another fine building which was designed by Edward Buckton Lamb with a market hall and rooms for the Mechanics' Institute. It is now the Pennyfarthing Hotel.

Among the many independent shops in the town are the oldest shop premises in Britain. Figg's the Chemist at 173 High Street was once a jewellers or goldsmiths around 1277 and is now an estate agency.

The town has a street market every Saturday to complement the local shops.

Things to Do in Berkhamsted

Visit the ruined remains of Berkhamsted Castle with its unique double moat. It is open all year round and is managed by English Heritage.

The nearby Ashridge Estate, partly landscaped by Capability Brown, is run by the National Trust and offers 2,000 hectares of woodland and chalk downs for long walks at one with nature.

Look out for the Bridgewater Monument erected in 1832 and the much older Ivinghoe Beacon which has wonderful views.

Wine lovers can tour the vineyards and winery at nearby Frithsden Vines where wines are available to sample and purchase.

And of course, the 9-metre (30-feet) high carved totem pole should definitely be admired. Standing on the site of a former timber yard, it was a gift from timber suppliers in Vancouver, Canada. 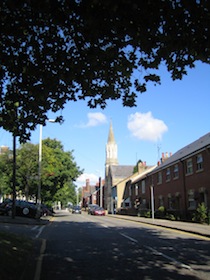 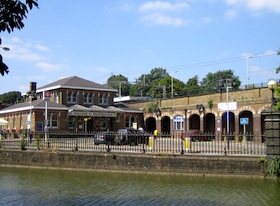 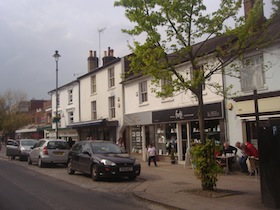 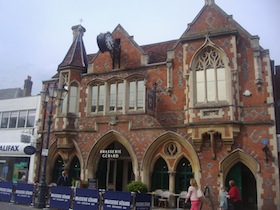 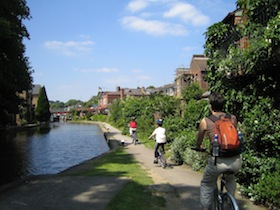 Days Out in Berkhamsted

Places to Visit near Berkhamsted