You are here:  Towns -> Places to Visit in Aberdeenshire -> Banff

Things to do in Banff, Aberdeenshire 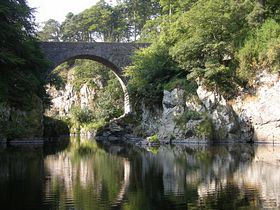 Architecture buffs, sailing enthusiasts and those in search of a quiet place for some R&R will find Banff is just the tonic they have been searching for!

Located on the North Sea coast of Aberdeenshire, the town of Banff looks across the Deveron River estuary to the neighbouring town of Macduff.

Banff Castle was constructed in 1163AD to defend the area against persistent Viking raiders. Banff would have been a lucrative target as it was a busy trading centre and a prosperous Scottish burgh.

Richard de Strathewan was the first recorded Sheriff of Banff in 1264. The town received its charter from Robert the Bruce in 1324, and in 1372 it was given Royal Burgh status.

During the 15th century the town was a major exporter of salmon to Europe, which was quite an achievement as Banff had no harbour until 1775!

Banff's infrastructure bears the name of several well-known engineers in their day.

Civil engineer John Smeaton built Banff Harbour and completed the seven-arched bridge that still spans the unpredictable River Deveron. An earlier bridge was swept away by floods in 1768 and a ferry service was operated until it too was washed away in 1773.

Thomas Telford created the North Breakwater and the outer basin of the harbour in 1818 along with the construction of the lighthouse. Once a flourishing fishing and cargo port, Banff marina is now primarily used by leisure craft.

One of Banff's most colourful tales involves the capture of James MacPherson, a local gypsy-turned-outlaw. During his imprisonment he wrote the famous "MacPherson's Rant" which he sang beneath the gallows and then smashed his fiddle. He had been captured several times before but always managed to be rescued by influential supporters.

Fearful that once again a pardon would be forthcoming from the Lord of Grant, the town clock was moved forward 15 minutes and MacPherson was hanged before the pardon could be delivered. He became the last person ever to be executed in Banff.

Described as a "miniature Edinburgh", Banff has some fine Georgian architecture which has attracted famous visitors from Scottish poet Robert Burns to actor Timothy Spall OBE, best known as "Wormtail" in the Harry Potter films.

The crumbling remains of Banff Castle lend an air of antiquity and contrast sharply with the grandeur of Duff House, built in 1740 as the seat of the Earls of Fife. Having done service as a prisoner of war camp and as a fine hotel, this lovely residence now houses a collection of artworks from the National Gallery of Scotland.

Things to Do in Banff

Those wanting to get out and enjoy the fresh sea air and beauty of the Banff area will enjoy walking on the beach spotting dolphins and seals or perhaps playing a round of golf at the Duff House Royal Golf Club.

The Banff Museum on the High Street is well worth a visit as it was donated by industrialist Andrew Carnegie. Look out for the oldest surviving silver teapot in Scotland, one of the museums' more unusual exhibits!

Visitors to Banff in late May will be in for a treat as it hosts the COAST Festival of Visual Arts. 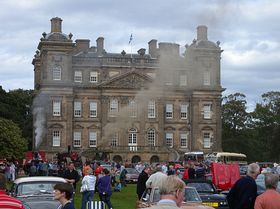 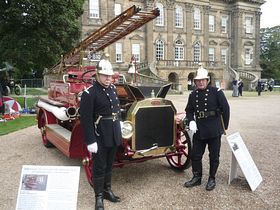 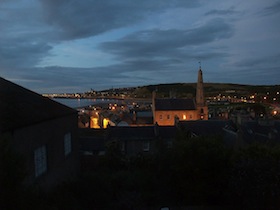 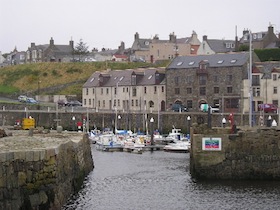 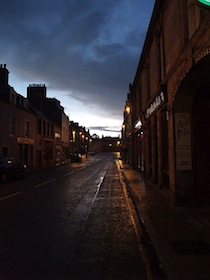 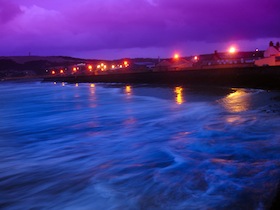 Days Out in Banff

Places to Visit near Banff