You are here:  Towns -> Places to Visit in Gwynedd -> Aberdaron

Things to do in Aberdaron, Gwynedd 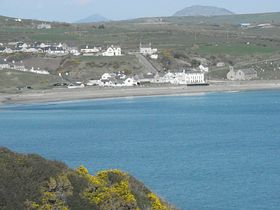 Aberdaron is a small village with a long sandy beach, near the end of the Llyn peninsula - the Welsh Land's End.

It is an attractive, traditional place, still Welsh-speaking, with an ancient church and a pub.

Off the end of the peninsula lies Bardsey Island. This was a place of pilgrimage in the Middle Ages, when pilgrims followed the coastal paths to Aberdaron before taking the perilous sea crossing to Bardsey.

The communal kitchen where pilgrims could claim a meal in Aberdaron is called Y Gegin Fawr, and it survives today as a delightful tea shop.

The pilgrims' routes have become the Llyn Coastal Path, a waymarked route from Caernarfon to the end of the peninsula, offering fine, sometimes strenuous walking with beautiful views.

Bardsey is a wonderful place to visit today - the ferry leaves from Porth Meudwy just along the coast.

One side of the island has steep cliffs rising from the sea, which are home to thousands of razorbills and guillemots, as well as puffins, kittiwakes and fulmars.

The boatman will take you along below the cliffs on request, for a stunning wildlife experience.

Manx Shearwaters nest in burrows on the island in great numbers - they mostly come out at night, but you may spot one by day if you are lucky.

Bardsey is still farmed, and has a square lighthouse and some fine 19th century buildings as well as the remains of the old ruined abbey. Seals are common in its coves.

The parish priest of Aberdaron from 1967-78 was R.S.Thomas, an eminent poet - though not popular with the local people because of the bleak view of them and of Wales that he portrayed - besides, he wrote in English! 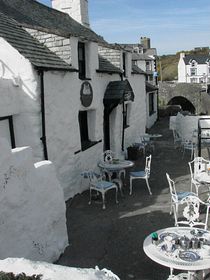 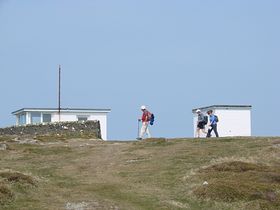 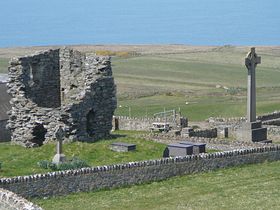 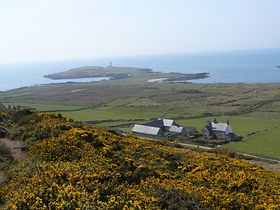 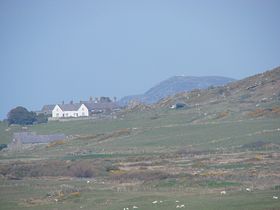 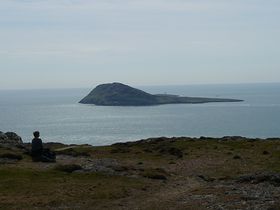 Days Out in Aberdaron

Places to Visit near Aberdaron