You are here:  Counties -> Things to do in North Wales

North Wales includes the north east coast of Wales and borderlands between Wales and England, encompassing several areas each with its own unique scenery and attractions.

Unspoiled coastline, beaches, historic sites and gardens enrich North Wales. It boasts lovely countryside, such as the Vale of Clwyd, the Dee Valley and the Conwy River Valley. 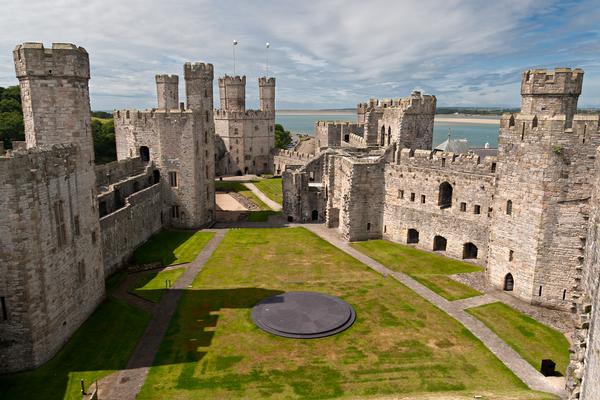 Nearby at Llandudno Junction is Conwy RSPB Reserve, the most important site for birdwatchers on the North coast of Wales. 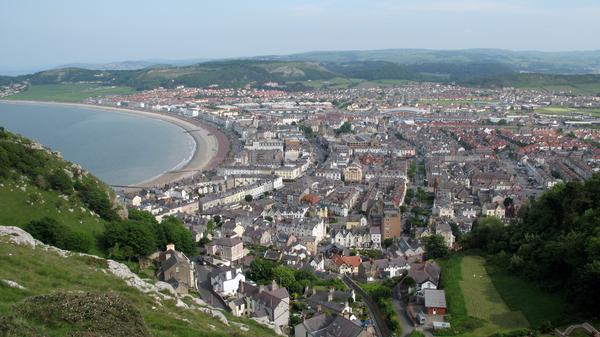 On the Conwy Estuary is the ancient walled town of Conwy and 13th century Conwy Castle, designated a World Heritage Site. 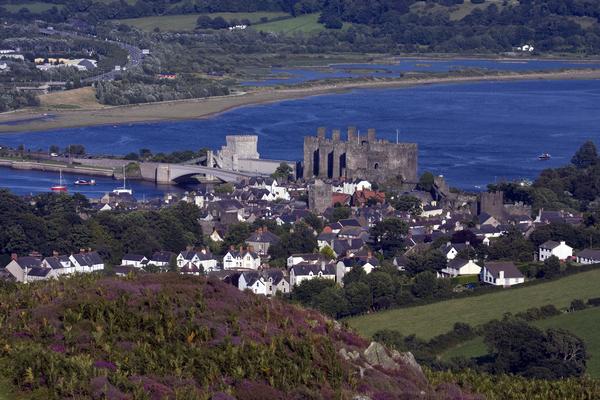 View from top of Conway Mountain

This medieval fortress was built by Edward 1st as part of the ring of castles to contain the Welsh.

The town is a centre of historic and cultural interest, with attractions such as Plas Mawr Elizabethan Town House - one of the best preserved Elizabethan town houses in Britain. 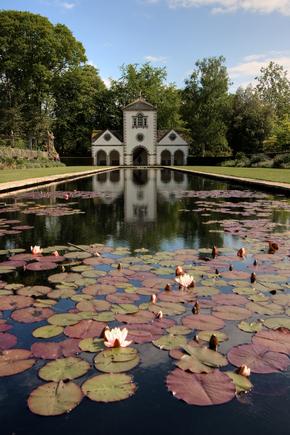 Even older is Aberconwy House, dating from the 14th century.

Along the coast to the east is Rhos-On-Sea and Colwyn Bay. Both have a choice of shops, restaurants and cafes.

There are sandy beaches, a pier, launch facilities for visiting boats and an area dedicated to jet skiing.

A marked cycleway runs along most of the north coast. Inland is the Welsh Mountain Zoo.

The Conwy River valley is well worth exploring. A few miles south of Conwy, on the east side of the valley is Bodnant Garden, one of the finest gardens in Britain.

To the south, at the picturesque village of Trefriw, is Trefriw Wells Spa. This spa was discovered by the Romans. The village is also a centre of the woollen industry, with a mill and shop on the banks of the Crafnant River.

Betws-y-Coed is in the heart of Snowdonia. Its mountain situation with woodlands and spectacular waterfalls attracted Britain's first artists' colony.

Today it has become a centre for walkers and climbers and is ideally placed for exploring Gwydyr Forest. South east is Dolwyddelan Castle, built by Llywelyn the Great - ruler of Snowdonia in the 13th century - and occupying a magnificent location. 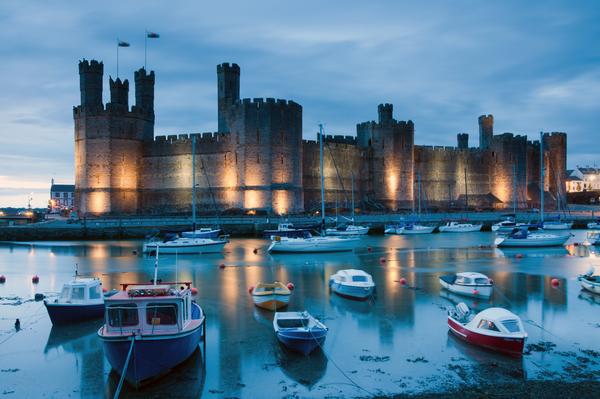 A few miles south of Rhyl is Rhuddlan Castle. It's well worth a visit.

Prestatyn is the start of the northern end of Offas Dyke Footpath. Cyclists can enjoy the Sustrans cycle route along the seashore between Rhyl and Prestatyn.

Inland, Denbighshire's County Town Ruthin is a historic market town with many interesting listed buildings and a medieval parish church. Situated at the foot of the Clwydian Range, there are many lovely walks and fine views in the surrounding area.

Denbigh, or 'Denbych' in Welsh meaning Little Fortress, the old town is dominated by the town walls and 13th century Denbigh Castle. Other attractions in the town are Denbigh Museum and Art Gallery and St Asaph Cathedral, reputed to be the smallest cathedral in Britain. 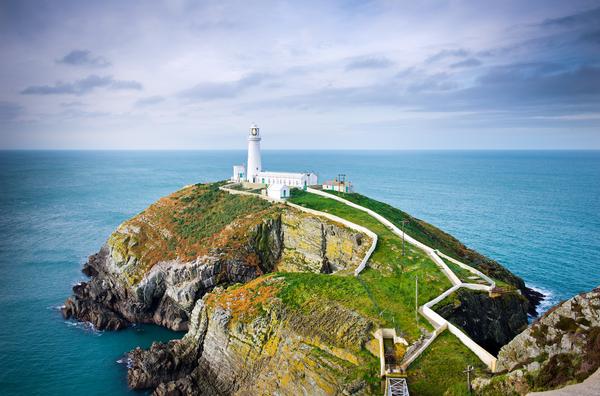 Llangollen is famous for the Llangollen International Musical Eisteddfod held annually in July. Attractions include Llangollen Motor Museum and the LlangollenRailway, which runs along the Dee Valley.

In the Vale of Llangollen at the entrance to the Horseshoe Pass are the ruins of Vale Crucis Abbey. Many original features remain including the glorious west front. 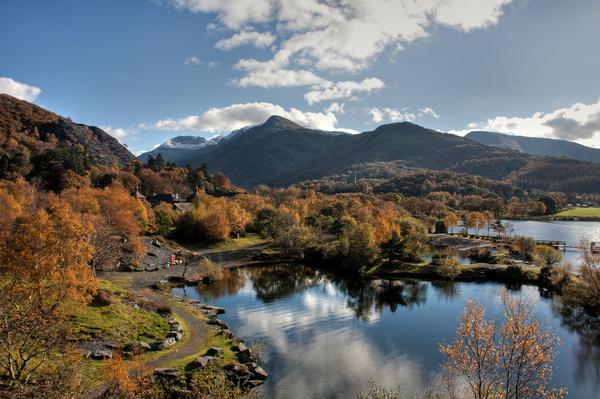 Three miles east of Llangollen, crossing the River Dee at 126 feet, is Pontcysyllte Aqueduct. It forms part of the Langollen Canal and was designed by Thomas Telford with construction commencing in 1795. it was opened in 1805. The Aqueduct is over 1000 feet long. It's the the longest and highest cast-iron aqueduct in the world and is still used for its original purpose.

Wrexham is the largest town in North Wales, and offers visitors plenty of modern facilities, as well as the interest of a historic market town. The spire of St Giles Parish Church is a landmark, considered to be 'One of the Seven Wonders of Wales'. It's a magnificent example of ecclesiastical architecture. 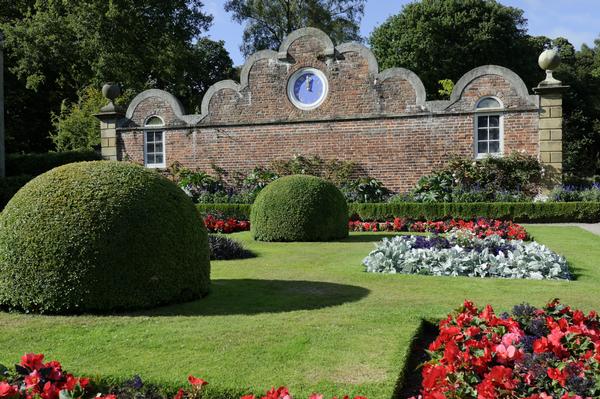 Two miles south of Wrexham is Erddig Hall, Gardens and Country Park. Erddig is a fascinating house to visit and its walled garden is one of the most important surviving 18th century gardens in Britain.

For those who enjoy a day at the races, Bangor-on-Dee Racecourse lies a few miles to the south, and racing takes place here throughout the year. 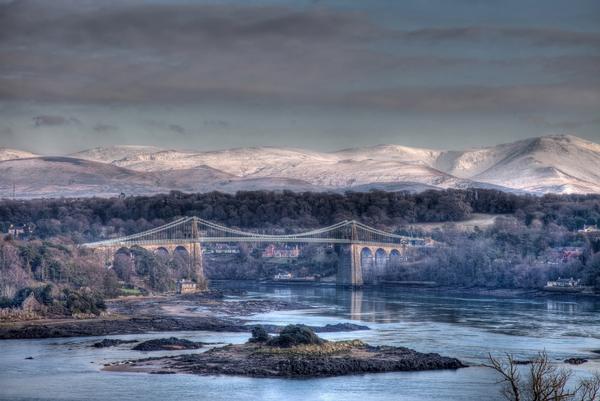 In Flintshire, the county town of Mold is a good centre for exploring the Clwydian Range - an Area of Outstanding Natural Beauty. A busy market town, Mold was the birthplace of the Welsh novelist Daniel Owen.

To the east is Hawarden, complete with two castles. The 'old' castle was built by Edward I, the other was the home of William Ewart Gladstone the famous Victorian Prime Minister. In the town is St Deiniol's Library. It's one of Britain's finest residential libraries. Founded by Gladstone, it is now the nation's tribute to his life and work.

A short distance north at Mancott, the whole family will enjoy a great day out at Greenacres Farm Park. Set in 80 acres of Welsh Borderland, there are lots of animals to see and feed.

On the banks of the River Dee Estuary the ancient town of Flint is best known today for its castle built by Edward I. It was a vital link in the history of the Welsh struggle for independence. There is much of interest to see here and the site is well worth visiting.

The market town Holywell is home to the famous St Winefride's holy well and has been visited by pilgrims since the 7th century seeking a 'cure' by the holy well water. It is another of the 'Seven Wonders of Wales'. A car trail linking all seven wonders is available from Tourist Information Offices.

Days out in North Wales


Places to Visit in North Wales